Legends of Texas Letters Reflect on 'The Gay Place'

On the occasion of the 40th anniversary of the publication of Billy Lee Brammer's The Gay Place, the Chronicle's own Michael Ventura wrote this: "It is still the finest novel written by a Texan, and with Robert Penn Warren's All the King's Men it gracefully holds its place as one of the two great political novels in American literature." And on the occasion of what would have been the 80th birthday of Brammer, who died in 1978, ACC's annual Carnival ah! program will feature a panel called Austin in the '50s: The Political and Literary Landscapes of Billy Lee Brammer.

The panel kicks off with the premiere screening of "The Flea Circus," a short film based on an excerpt from The Gay Place, directed and produced by his daughters Shelby and Sidney Brammer. Next up is a panel discussion, and if you know the first thing about Texas letters, you know the lineup is an impressive one: Longtime Texas Monthly columnist (and one of Brammer's Mad Dog pals) Gary Cartwright; Brammer's first wife, Nadine Eckhardt, whose memoir Duchess of Palms was just published by UT Press; legendary curmudgeon Don Graham, who's perhaps the leading authority on Texas literature; Kaye Northcott, former editor of The Texas Observer; Texas Monthly senior editor Jan Reid (The Bullet Meant for Me); and former state legislator A.R. "Babe" Schwartz, who helped lead the Killer Bees in its Senate quorum-busting move in 1979. The Chron's Film News columnist Joe O'Connell will moderate.

The event is free and open to the public. It takes place this Friday, April 3, at 5pm on the Mainstage Theatre, 2nd floor of the Rio Grande Campus of Austin Community College (1212 Rio Grande). Refreshments and birthday cake in the lobby post-panel. 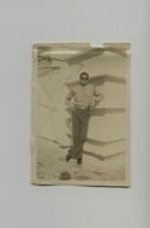 Not All of Me Will Die:
Remembering Joe Watson
In remembrance of The Brick Row Book Shop's Joe Watson