Exotic real estate in print and on TV 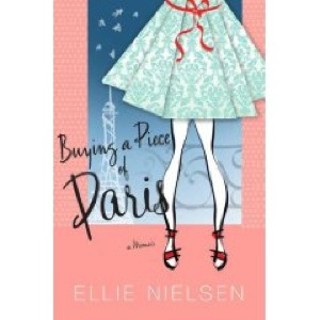 Lately I've been having a bit of insomnia, so I've taken to watching the HG network's many addictive home buying, selling, and improving shows. This doesn't make a lick of sense -- I'm frustratingly far from being able to escape from rental land, so it's kinda like a chubster choosing to pass the time with his face pressed to the glass outside a Krispy Kreme – but for whatever reason, I'm hooked.

My favorite show is House Hunters, in which a rental agent takes a potential home buyer to three different properties and weighs the pros and cons; each show ends with an offer, and then a six-months-later happy ending in which the new homeowner shows off the place. I've gotten pretty good at armchair quarterbacking – marveling at open floor plans and gleaming marble islands, tut-tut'ing at laminate floor and unfinished basements. I'm an even bigger sucker for House Hunters International, having whiled away plenty of hours imagining my own Parisian garret with windowbox planters... Which is why when Ellie Nielsen's Buying a Piece of Paris: A Memoir (St. Martin's Press, $24.95) crossed my desk, I took it home and tore into it immediately. (Finished it the same night, too -- like I said, insomnia.)

The cover screams chick lit, but it's actually a quick, absorbing read about househunting in a foreign land, made especially difficult for Nielsen, an Australian actress, in that she only had two weeks to find a place for her and her husband (whose bemusement at the whole process provides the book's humor) and their young son. In broken French, Nielsen attempts to navigate a system about which she's clueless, and the memoir is as much about her own insecurities – if she's making herself understood, if she's chic enough for the city, if her fantasy of a life in France should stay just that: a fantasy – as it is about real estate.

Oh, but what glorious real estate. Nielsen describes a half-dozen viewings around Paris' arrondisements, and each reads like a failed romance in miniature – first love at a high ceiling, faint misgivings at a small kitchen, heartbreak when another buyer gets there first. My only complaint? Next time, include pictures.