How Do You Say 'Au Revoir' to a Writer Like James Crumley? 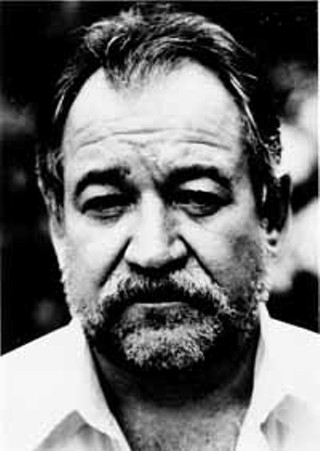 The Frenchman looked a little uneasy. He had, he explained, come to Missoula for two reasons. The first, to explore the highways of the American West at Mach speeds (back in the ‘90s, Montana had no designated speed limit); the second, he said, was to meet the crime novelist James Crumley. We had a laugh as Frenchy related how he had sped into Wyoming without seeing the signs – out of Montana and into the arms of the waiting highway patrol.

Then my pal Charley marched him down the block to meet Crumley.

James Crumley, who knew a thing or two about living hard and driving fast, died on Wednesday, Sept. 17. He was 68. He was born in Three Rivers, south Texas, but lived for nearly four decades in Missoula, Montana. A one-time member of the University of Montana writing faculty, he was a familiar sight in the local bars, and offered kind words of advice to this and nearly every other writer who sought him out. Crumley was most famous for his crime novels, which received mixed critical reviews. Regardless, his books were celebrated by legions of fans for their visceral violence (always moral, rarely gratuitous) and Jim’s fine way with words. No remembrance would be complete without quoting the opening from his 1984 classic, The Last Good Kiss.

That indelible first line: "When I finally caught up with Abraham Trahearne, he was drinking beer with an alcoholic bulldog named Fireball Roberts in a ramshackle joint just outside of Sonoma, California, drinking the heart right out of a fine spring afternoon."

I spent a few years in Missoula, working at a newspaper there, and had more than one occasion to chat with Crumley about slinging ink and what it takes to be a writer. He attended my 27th birthday barbecue, and drank a whole bunch of young turks under the table. We had mutual friends, including the author Doug Peacock, a garrulous Vietnam veteran. One time, I remember asking Jim if he had done much hiking with Peacock, who loved spending time in the company of grizzly bears up in Glacier National Park. “Do I look like the sort of guy that does a lot of hiking,” Jim asked, laughing. No, he did not look like that man.

But despite his substantial girth and his health woes, Crumley did get around – and, more importantly, his writing got around. His books were translated into Japanese, Italian, Spanish and French. Internationally, he was recognized as the heir to American originals like Philip Marlowe and Dashiell Hammett; indeed our Frenchman explained that Crumley was something of a deity in Europe. This was no great surprise. With Jim gone, however, I am struck anew that he deserves wider recognition both in Texas and across the States. He was truly a one of a kind literary stylist, while his kindness towards those who looked him up and became his friends didn’t hurt.

Like most anybody who had spent any time in Missoula, Charley knew to find Jim that afternoon at his regular watering hole, a place where today they are surely carrying on an extended wake. Charley stuck around for a couple of drinks, and then watched the Frenchman and Crumley pull up stakes and weave their way on foot through an evening under the Big Sky. It was a stroll I, too, was lucky to make a time or two – and I’m as heartbroken as the next Jim won’t make it anymore.