Good news for two Austin-based authors just showed up in our in box. The first concerns Darryl Wimberley, author of the popular Barrett Raines mystery series and the just-released Kaleidoscope; his 2007 novel The King of Colored Town has been awarded the first-ever Willie Morris Prize for Southern Fiction. The honor includes a cash prize and a roundtrip ticket to the awards ceremony at New York's Mercantile Library for Fiction on Oct. 22. In the meantime, you can go congratulate him yourself when he reads at BookPeople on Saturday, Sept. 13, at 3pm.

The Chronicle's Film News columnist, Joe O'Connell, received a spot of good news himself over the weekend – he's one of six finalists for the Violet Crown Book Award in Fiction for his novel Evacuation Plan, the only Austin author to make the shortlist. The Violet Crown award is given by the Writers League of Texas, the largest regional writing group in Texas and the second largest in the nation. The winners will be announced on Nov. 1 at this year's Texas Book Festival. 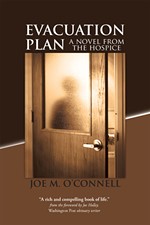