Macondo, the annual writer’s workshop launched by San Antonio writer Sandra Cisneros starts this week. The workshop is only open to member writers (aka Macondistas), but the week is always capped off by a public event featuring prominent writers brought in to lead the week’s workshops. This year’s event takes on a Mexican wrestling theme, featuring literary heavyweights in Macondo Libre, a world class word wrestling event.

Ai is an award-winning poet whose poems and monologues explore race and class with depth, honesty, and ferociousness. Her many awards include a National Book Award, the American Book Award, the Lamont Poetry Award from the Academy of American Poets, and fellowships from the Guggenheim foundation and the national Endowment for the Arts. Her works include: Dread (2003); Vice (1999); Greed (1993); Fate (1991); Sin (1986); Killing Floor (1979); and Cruelty (1973). Born in Texas, she is currently a professor of English at Oklahoma State University.

Macondo founder, poet, writer, and essayist Sandra Cisneros has been writing for over thirty years. Her most recent novel is Caramelo (2003). Her House on Mango Street (1984) is required reading in schools across the nation. Her books have been published in over 20 languages.

Macondo Libre takes place Friday, Aug. 1 at 8:30 pm at the Thiry Auditorium at Our Lady of the Lake University, 411 S.W. 24th Street. Admission is $25. All proceeds benefit the Macondo Foundation and Our Lady of the Lake University. The OLLU has provided meeting space for the Macondo workshop for the last three years and is rebuilding from a fire that nearly destroyed its historic main building earlier this year.

Prizes will be given to those who attend dressed in the best luchador costumes. 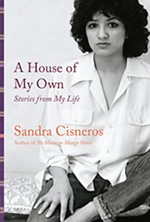