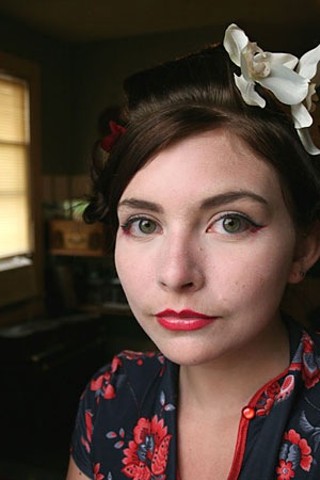 Shannon dazzled audiences at the Brave New Voices youth poetry slam festival, and snippets of her performances can be seen in Carl Brown’s moving documentary, 2nd Verse. She appeared in the sixth season of Russell Simmons' HBO series Def Poetry Jam, and last year came in third among individuals at the National Poetry Slam. (Shannon was profiled here in the Chronicle prior to the 2007 Nationals held in Austin.)

Shannon had been a college student in Atlanta at the time of her accident on June 14. During her dive at Ginnie Springs in Florida, something went horribly wrong. She indicated to her partners that she was experiencing some discomfort and would return to the surface to investigate. What happened after that is a mystery, as she was discovered unconscious by a diving instructor, Mike Woods, while he and his wife were preparing to float down the Sante Fe River. Woods signaled to another diver, Steven Howe, and along with a doctor who’d been staying in the area, the group was able to bring Shannon to the surface, clear her lungs of water and bring back her pulse. She had been in critical condition at Shands HealthCare, University of Florida in Gainesville until she passed away in her sleep on June 30.

She wrote a book, Fuck Me Human, and released a hip-hop album titled Sanctuary. As one admirer says on her myspace music page, she lived her life like she knew her time was short. A memorial service will be held on Wednesday, July 9th at 6pm, St. Michael's Episcopal Church, 1500 N Capital of Texas Hwy. In lieu of flowers or gifts, contributions towards the medical expenses incurred during Shannon's hospital stay can be made via www.getwellshannon.com.