Dispatch From the Land of the Deranged 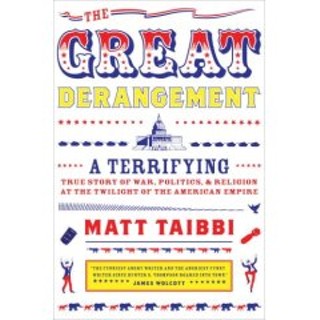 What do John Hagee's "Christian Zionist" San Antonio megachurch, 9/11 Truthers, and the U.S. Congress -- notably, among them, Texas Rep. Joe Barton, R-Arlington, have in common? Narcissism, for sure, and certainly a most unhealthy penchant for intellectual dishonesty. As a group, to Rolling Stone reporter and author Matt Taibbi, the triad are more alike than not, and together perfectly illustrative of the Great Derangement.

The Great Derangement: A Terrifying True Story of War, Politics, and Religion at the Twilight of the American Empire, is Taibbi's latest election-year offering, exploring how the absence of a "commonly accepted set" of facts has splintered the American psyche, leaving it adrift, primed to believe even the most unbelievable -- like President George W. Bush's post-9/11 "conclusion" that we were attacked because the terrorists hate "our freedoms." Please. Is there any doubt we're seriously deranged? In Taibbi's estimation, the answer is clear: We're fucked up. And in this latest book, he sets out to prove just that.

On the one hand you've got the congregants of Hagee's church (including Taibbi, who goes undercover as "Matt Collins"), evangelicals who speak in tongues (Taibbi's version includes reciting poetry in Russian), can be led to believe (by Taibbi, of course) that fortune cookies are the work of the devil, believe the terrorist attacks of 9/11 were punishment for the nation's social sins (only the liberal-leaning kind, of course, like believing in equal rights for homosexuals, for example), and can be led to champion Israel, but only, apparently, as an avenue to hasten End Times. On the other, you've got the congregants of the 9/11 Truth Movement -- those Alex Jones listening conspirators who believe the U.S. government (Bush and his neocon cronies, to be more precise) were actually responsible for 9/11. All of it.

And in the middle you've got Congress -- a body that stands to benefit most when the body politic is out to lunch. ("A key point I took home from my examination of Congress," Taibbi writes in his introduction, "was that both parties...were equally guilty in what really was a conspiracy to run the government without outside influence.") In one early scene, Taibbi unflinchingly recounts Texas Rep. Barton's appearance before the House Rules Committee in the fall of 2005, the wreckage of New Orleans still dominating the news, to hawk the obscene Gasoline for America's Security Act -- ostensibly a measure that would help the nation recover from the devastating of Katrina, but that in reality was nothing but a chance for Barton and his clan to get down on their knees and blow key campaign contributing titans of industry by repealing a portion of the Clean Air Act. Seriously; talk about deranged.

In sum, the book is classic Taibbi: crotchety and subversive, witty and cynical -- writing that RS readers have come to love and expect from the 30-something New York journalist. Although the book's theme is there, in every page, it reads more like a series of essays than as a cohesive straight-line narrative -- but that is perhaps fitting given the deranged landscape that Taibbi is exploring. Always funny, sometimes shocking, and although at times a bit too myopic, Taibbi's book is a real wake-up call -- whether we heed its warning is entirely up to us. 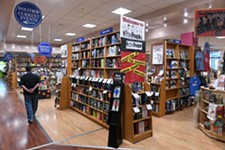