Selling (Ar)(Ou)t
Today I received a missive from Brandeis President Jehuda Reinharz. (Tyler Green from the blog Modern Art Notes got the same letter.) In it, Reinharz goes on to outline that while he may not sell off all of the Rose Art Museum's art, he still plans to close the museum itself and sell some of the art. By dissolving the museum as an institution, Brandeis is no longer beholden to industry standards for deaccessioning and selling art. In other words, it's a sneaky way around the rules. And as far as I'm concerned, Reinharz's actions are still shameful and perhaps even more ethically suspect now than ever before. In the email, the president states that "…Brandeis is not lessening its commitment to the creative and visual arts." So, selling off Brandeis' art collection is doing what, exactly? I want to echo a sentiment felt across the artworld, though its not usually put in such a colloquial way: F*ck you. Too much? Hardly.

Artbreaking
File this under Reason #465 to be depressed about the state of the economy. I know I'm sensitive about this stuff being an art historian, but the recent decision to close the Rose Art Museum at Brandeis University in Boston is too much for me. When academic institutions believe the artworks they own are in fact nothing short of liquid assets to get them out of a financial crisis, they lose credibility in this queer's eyes. If Prospect 1 taught me anything (and Kate and I both promise to post our thoughts on it over the next few days – keep checking back, it is that art can be a boon in economic sadtimes, if you just put a little oomph into it. This on top of large cuts in faculty and enrollment may spell D-O-O-M for the largest Jewish academic institution in the U.S. I keep thinking: There but for the grace of God go I. Sheesh. How to Market a Book All Stealth-Like
Okay, not that stealth-like, since it already earned a writeup in The New York Times. And what is "it," exactly? Well, some of the weirder product placement we've heard about in some time: Michener Center for Writers graduate Philipp Meyer netted some advance press for his debut novel American Rust... right smack in the middle of another author's book.

Crime novelist Patricia Cornwell, who shares an agent with Meyer, apparently liked his novel so much that she slipped a mention of it into her latest Kay Scarpetta book.

According to the Times:

"On Page 333 of Scarpetta, the title character, a forensic pathologist, arrives at the apartment of a murder victim and meets a police officer guarding the scene. 'He collected his jacket from the back of a folding chair, and a copy of Philipp Meyer’s American Rust from the oak floor under it,' Ms. Cornwell wrote."

The biggest tease is in the fact that Scarpetta was published Dec. 2, almost two full months before Meyer's book arrives in stores. (Its pub date is set for Feb. 24.)

Meyer will appear at BookPeople on Friday, March 13. 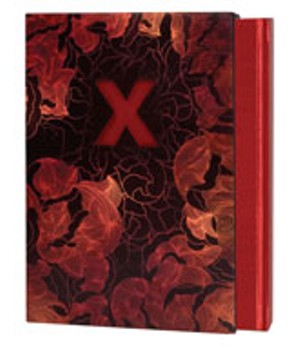 John Updike Dies at 76
A Random House rep just sent out the following e-mail: "It is with great sadness that I report that John Updike died this morning at the age of 76, after a battle with lung cancer. He was one of our greatest writers, and he will be sorely missed." The hugely prolific Updike was best known for his Rabbit series, as well as for his frequent New Yorker pieces. His last novel, The Widows of Eastwick, came out in October.

The winners for the 17th Annual Austin Chronicle Short Story Contest will be announced on Wednesday, Feb. 11 at BookPeople (6th & Lamar) at 7pm. There'll be some munchables, as well as readings of the 1st through 3rd place stories. Come one and come all, and for goodness' sake, submit again next year. Practice makes perfect, eh?

Librarians Sing, Shimmy, Ride Segways
The Austin Public Library's multi-talented staff has made a retro-y, girl-group music video explaining exactly what APL can do for you. Check it out here.

Ana Sisnett, 1952-2009
A small, sweet gathering was held at La Peña to honor Ana Sisnett, the community activist, writer, poet, friend, and leader who passed away Jan. 13 after a three-year battle with ovarian cancer. An altar bearing photos, flowers, copies of Ana's book, Grannie Jus Come! and sweets had been assembled the night before, and those who attended the event gathered before it to share their memories, poetry, and laughter, and yes, tears. "Oh no," Sisnett's daughter Meredith Sisnett told the assembled. "My mother told us, 'Don't give me one of those sad, sad, everybody crying, funerals!'" Everyone recognized the spirit behind those words, and it was the perfect cue to invite musicians Olivia Prendes and Odaymara Cuesta to perform. The two women, new to Austin, who happened to be from Sisnett's native Panama, were found at a chance meeting earlier in the day. Their spirited, heartfelt singing, accompanied only by conga and rhythm sticks, was the perfect way to send the assembled out into the frigid night, a little warmer than when they arrived. Below are a few remembrances of Ana. Others are invited to share their memories by clicking on the link below. The thread will remain on the Austin Chronicle site indefinitely.