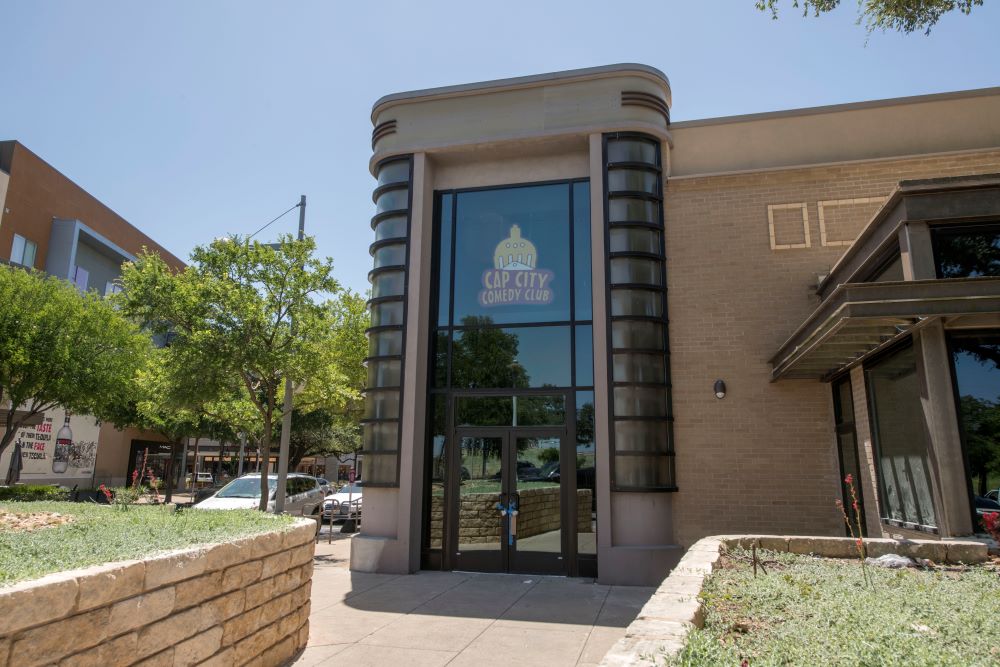 The new Cap City Comedy Club: After closing during the pandemic, the Austin institution is back with a new location this week (Photo by John Anderson)

Originally known as the Laff Stop before becoming Cap City in 1996, the beloved comedy venue closed in September 2020, one of the highest-profile businesses to go under during the pandemic. In February 2021, Brad and Marc Grossman, owners of the Philadelphia-based Helium Comedy Club chain, came on board as new owners and part of a management consortium including co-owner Colleen McGarr. However, they announced immediately that Cap City would keep its old name and not become the sixth Helium: After all, no point getting rid of its national reputation that goes back to legends like Mitch Hedberg and Bill Hicks and that attracted comics like Patton Oswalt to record albums there.

The decision was also made to move from its old location at Lamar and U.S. 183 to a new home in the Domain. Work has been ongoing at that new site (11506 Century Oaks) for almost a year and a half.

In that time, multiple planned opening dates have come and gone, with the original idea for an October 2021 date soon falling by the wayside. Most recently, there was talk of an early June reopening, but that also proved impossible, due to pandemic supply chain delays (in the reopening announcement, management explained that booth seating that was supposed to be delivered in six weeks took nine months).

However, the last bolts have been tightened and the lights have been set, and the July lineup has been dropped for both the main room (set up for those touring headliners) and the new Red Room (dedicated to local acts). Tickets are available now at capcitycomedy.com.