Now is the Summer of our discontent after this flat jukebox 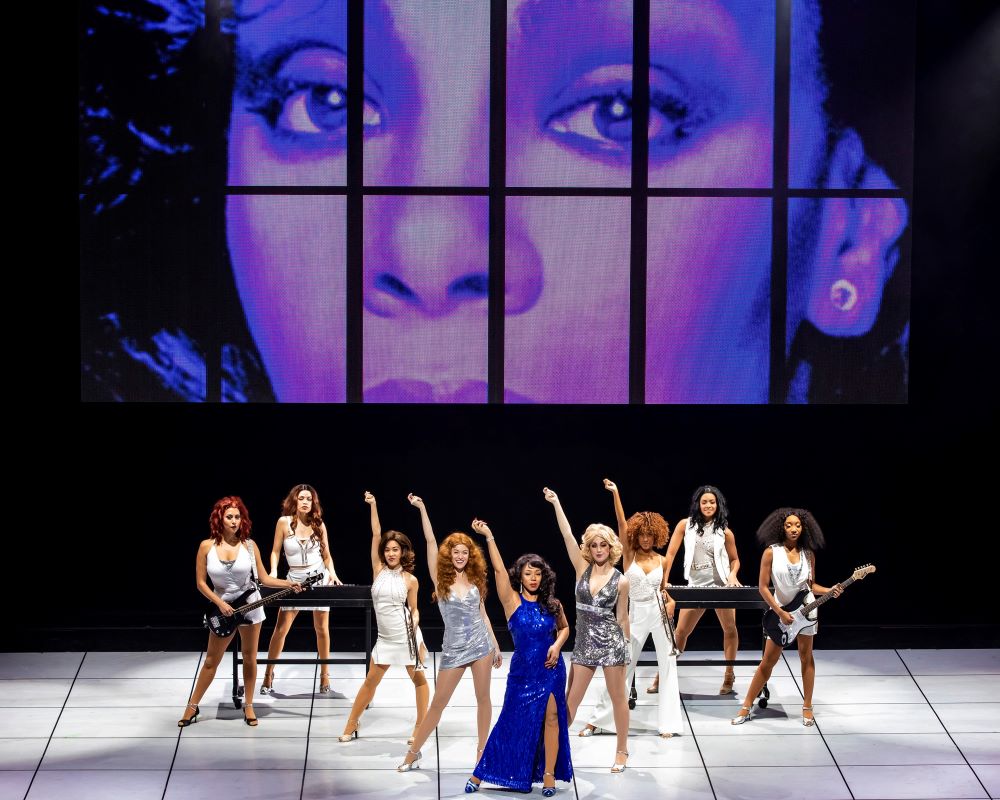 Brittny Smith as Diva Donna, with the female ensemble of Summer: The Donna Summer Musical (Photo by Denise Trupe)

In the 2015 sci-fi film The Martian, astronaut Mark Watney (Matt Damon) is left for dead on the surface of Mars. While salvaging through the things his colleagues left behind in order to assess his resources for survival, he comes to realize that his only source of music is Commander Lewis’ vast collection of disco.

“I’m definitely going to die up here,” Watney tells his video journal. “My God, Commander Lewis, couldn’t you have packed anything from this century?”

If you attend the touring Summer: The Donna Summer Musical – about the life, times, and up-tempo tunes of the late-1970s/early-1980s disco icon – you will certainly relate to Watney’s sense of deprivation. Even disco enthusiasts will find that, like Mars, there is a lung-compressing absence of atmosphere in what is little more than a showcase for over 20 of Donna Summer’s hit songs and not nearly enough gravity in Colman Domingo, Robert Cary, and Des McAnuff’s emaciated one-act script to provide the necessary connective tissue.

Facts about Summer’s life are presented with the same shallowness as her song “Love to Love You Baby” which, for the disco unindoctrinated, consists of a simulated orgasm set to wah-wah guitars, an electric keyboard, and a synthesizer. The dialogue in this show is so poor that everything spoken is a cliché requiring underscoring from the show’s five-piece band to provide the intended sentiment. As is the case with so many other bio jukebox musicals, in the second half of the show, the writing goes from cliché to preachy.

Production values also disappoint. They consist of oversaturated lighting by designer Russell A. Thompson and scenic design by Robert Andrew Kovach that is limited to projections on a big screen under which a few pieces of furniture are wheeled into place by the actors. Paul Tazewell’s costumes are terrific and certainly diva-worthy, but it is often hard to take your eyes off the wigs, which appear to be taking on a life of their own after seven months on tour.

The good news about Summer: The Donna Summer Musical is that this cast is superb. Despite playbill bios that suggest limited professional experience, with this musical being their first national tour, every singer is a belter and handles Natalie Caruncho’s high-intensity but redundant disco choreography with astounding precision and energy. After months of visiting small cities for very limited engagements, no one on stage is half-assing it or worse for wear.

Leading the ensemble are three abundantly talented women who play Summer at various stages of her life. Amahri Edwards-Jones, whose most outstanding musical moments come during the ballad “On My Honor,” is referred to as the young Duckling Donna. Charis Gullage, whose dramatic rendition of ”MacArthur Park” is wonderful, plays Disco Donna. Brittny Smith, as the older Diva Donna, steals the show during the 11th-hour “Friends Unknown.” All three take the unfortunate dialogue they’ve been handed and work hard at selling it to the audience, which is admirable.

In The Martian, Mark Watney counts the minutes until rescue or death. Ticket holders for the touring Summer: The Donna Summer Musical who don’t necessarily love the nightlife, don’t got to boogie, and are not easily dazzled by shiny things might find themselves doing the same. 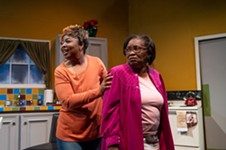 Broadway in Austin, Summer: The Musical