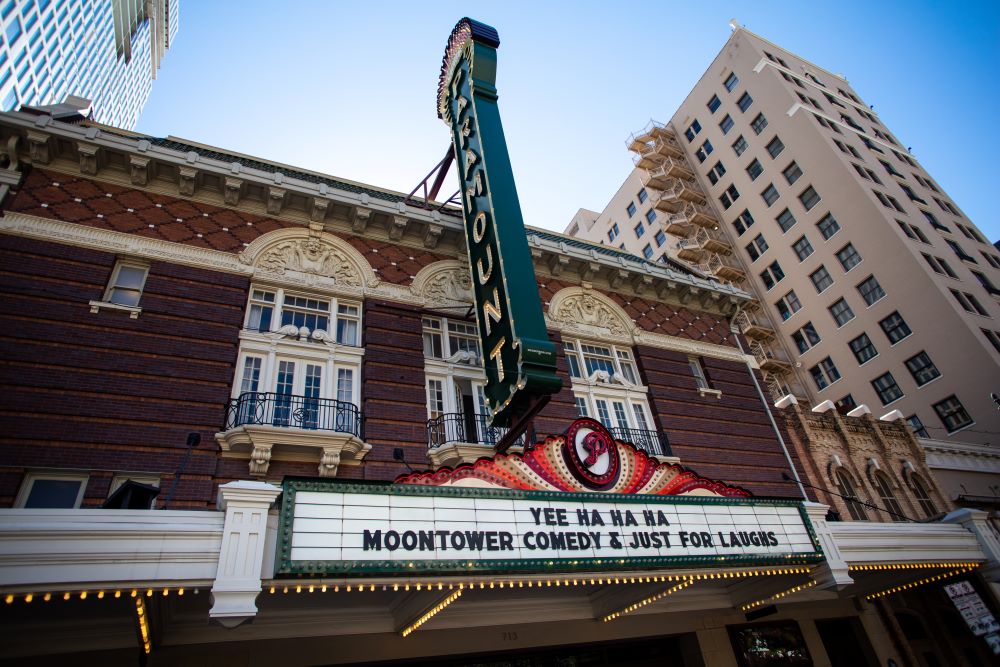 Photo by Bells and Whistles Productions

Ready to make your mascara run from laughing too much? Moontower Just For Laughs Austin (April 13-24) is unleashing Trixie Mattel and Katya Zamo on the Paramount stage for a special recording of their podcast, The Bald and The Beautiful.

They join an already packed lineup that includes Dan Soder, Deon Cole, Marc Maron, Mark Normand, Michelle Buteau, Nicole Byer, Nikki Glaser, and Not Another Dungeons and Dragons Podcast Live, but they're not the only new names on the roster of funny-ha-ha folks. Plus, the fest is emphasizing its commitment to proving comedy transcends borders with the announcement that Mexican standup phenom Carlos Ballarta will be performing sets in English and Spanish, with more bilingual comics to come.

Also added to the Paramount schedule are Jimmy O. Yang (familiar from splitting your sides as Jian Yang’ on HBO’s Emmy-nominated series Silicon Valley, who makes his debut on the most esteemed of Austin stages. He's not the only Paramount first-timer, nor are Les Mesdames Mattel et Zamo the only performers breaking out their microphones, as Bobby Lee (And Just Like That) and Andrew Santino (Dave) prove that they are Bad Friends. And if you're eager to binge more audio fun, just head next door to the Stateside for an evening staring into the abyss of junk TV as Ben Mandelker and Ronnie Karam watch Bravo for Watch What Crappens (and so you don't have to). Plus, if you want to stretch your brain as well as your laugh muscles, help Zach Sherwin and guests solves a real puuzle on The Crossword Show, then relax with the combo comedy show/drinking game Brew Haha (another Austin debut).

Expect more talent and shows to be announced before the festival launches on April 13, and you can pick up badges via moontowercomedyfest.com. Here's today's list in full: