Songs Under the Stars, ZACH Theatre's concert series, is one of the events staying on schedule, but the 2021-22 lineup has undergone a big shakeup today as part of their COVID response

After scrapping many dates during their holiday run of The Christmas Carol the venue today announced one major cancellation, two postponements, two additions, and one big hope for the future of live theatre.

Dr. Seuss’s The Cat in the Hat (ZACH's first big show after their curtailed Dickens run) has been postponed and added to the 2022-23 season calendar, with new dates to be announced at a later time.

Shows that are part of the ZACH360 experience – an effort to create a more immersive theater experience – are especially affected due to high levels of audience interaction. Included in that initiative was wrestling comedy The Elaborate Entrance of Chad Deity, which will now make its knock-out premiere for Austin audiences in the fall, and the musicalReunion ’85, previously set to open in April. The latter has been canceled and replaced with The Rocky Horror Show, which will make its ZACH debut on April 6.

Other events at ZACH are staying put. Those include their spring break camp in March, the summer camp starting in May, and other classes and shows scheduled through the fall, and the scheduled runs for Somebody Loves You, Mr. Hatch (March 29–May 13), The Sound of Music (June 15–July 24), and The Inheritance: Part 1 (August 10–September 24). Fans of ZACH’s sold-out concert series Songs Under the Stars will have the chance to attend two added weekend shows, February 24 and March 6.

If affected by these changes and cancellations, single ticket holders can request a refund, exchange tickets for a gift certificate, or offer their ticket value as a donation to ZACH artists. Like most theatres these days, ZACH continues to balance the safety of its casts, crews, and audiences with staying afloat as an arts institution. Here’s to hoping this is the last major schedule shuffle for a while. 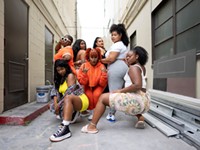