You can't say no to this! 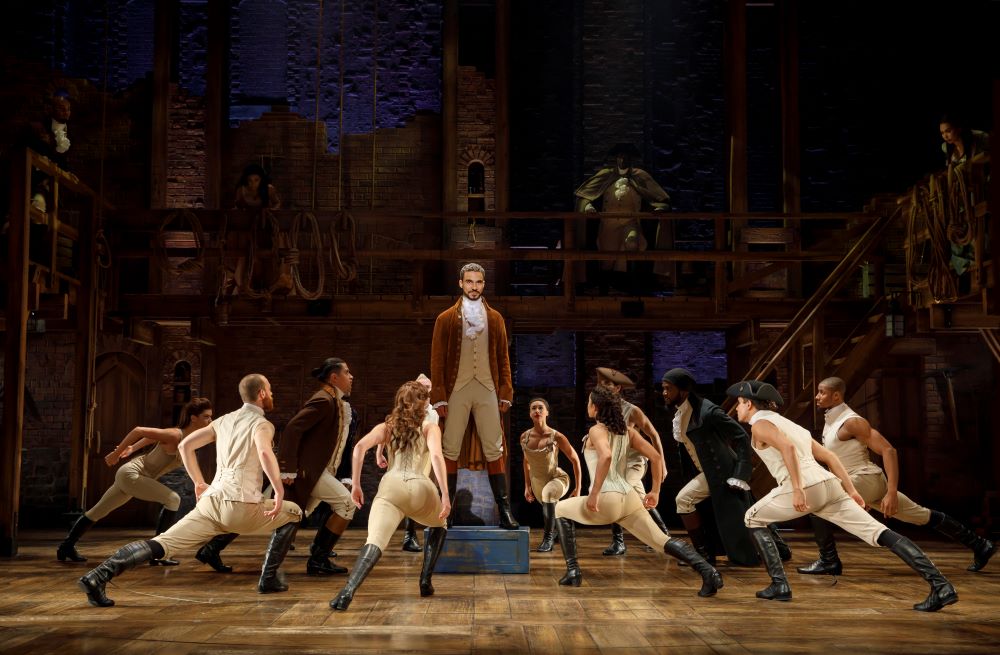 The touring company of Hamilton, coming to the Bass Concert Hall this December (Photo by Joan Marcus)

Hamilton. You've heard of it, right? And odds are you've also heard of the Hamilton lottery, the only way to even have a chance of scoring cheap seats for the hottest show on (and touring off) Broadway. So, with Lin-Manuel Miranda's revolutionary musical returning to Austin, it's bringing the lottery back with it.

The touring production will stop by the Bass Concert Hall, Dec. 7-12 and 14-19 (shows 8pm Tue.-Sat, 7pm Sun., plus 1pm weekend matinees) as part of the Broadway in Austin series. For each performance of the Tony-, Grammy-, and Pulitzer-winning retelling of the life and death of founding father Alexander Hamilton, 40 tickets are being set aside at $10 a piece, and the only way to get them is by entering the digital lottery.

Here's how to enter:

• Download the official app for Hamilton app, now available for all iOS and Android devices in the Apple App Store and the Google Play Store, or visit the official lottery website at hamiltonmusical.com/lottery.

• Winner and non-winner notifications will be sent between noon and 4pm that Thursday via email and mobile push notification. Once notified, winners will have one hour to claim and pay for up to two tickets, which they will then be able to pick up from will call with a valid photo ID two hours before the performance.

Remember, one entry per person, per performance: multiple entries and burner accounts will just get scrapped, and resold lottery tickets will be canceled.

For those of you just looking for regular tickets, they're available via texasperformingarts.com. Tickets are also available for other upcoming Broadway in Austin shows, including Hadestown (Jan. 11–16, 2022), Tootsie Feb. 22–27, Roald Dahl’s Charlie and the Chocolate Factory (Mar. 22–27), Disney's The Lion King (Apr. 7–24), Summer: The Donna Summer Musical (May 3–8), and Mean Girls (Aug 2–7).