LBJ Library at 50: An Interview With Betty Sue Flowers

When Betty Sue Flowers became director of the LBJ Presidential Library in 2002, she had a hard act to follow – maybe the hardest for that particular institution: Harry Middleton, former presidential aide to Lyndon Johnson, Johnson's personal choice for director when the Library opened in 1971, and the director there for 30 years. 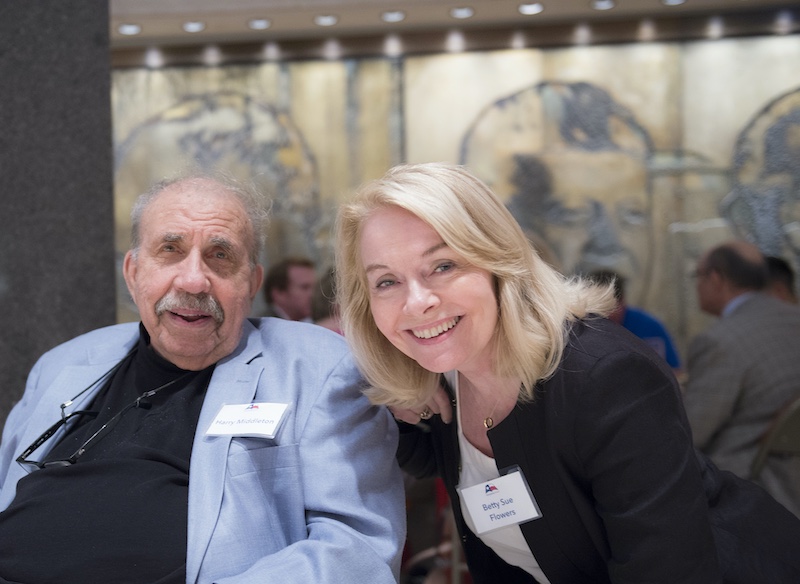 But Flowers was not deterred. She knew Middleton and the Library and embraced its mission of opening the Johnson administration's history to the public. Running the Library would be a huge job that would require her to venture into unfamiliar territory, but, as she told one interviewer in 2020, "You know, I should put myself in harm's way, at least once!"

Flowers has had a distinguished career that has included directing the Plan II Honors Program at UT, serving as series consultant for the PBS series Joseph Campbell and the Power of Myth, writing numerous books, and working as a consultant for NASA and the CIA, and editor of scenarios for entities as diverse as Shell International, the University of Oxford, and the World Business Council for Sustainable Development. Here's some of what happened during her stretch at the LBJ Library

Austin Chronicle: When did you first know about the LBJ Library, and what were your thoughts about it?

Betty Sue Flowers: When I was Associate Dean of the Graduate School, I worked to help bring a copy of the Magna Carta for display at the Library – and then afterwards served on Harry [Middleton]’s program committee for many years. But I first heard about the Library when I was told that the apartment building I was living in one summer as an undergraduate at UT was slated to be torn down for the Library to be built.

AC: What appealed to you about serving as director?

BSF: I loved the idea of sharing with the public the raw materials of history through the archives and the many interpretations of that history through programming and museum exhibits. President Johnson did so much that our materials were incredibly rich and important. And, of course, the LBJ Library was known as the best in the system, with the best staff and the most supportive first family.

AC: Following Harry, who established so much of what the Library was for the first 30 years, what were the standards or principles you really wanted to uphold?

BSF: His integrity, creativity, openness, and standards of excellence. Of course, like me, Harry had a distinguished predecessor whose vision for the library he was fulfilling: President Johnson, who wanted everything opened as quickly as possible and nothing to be glossed over – “the story of our time – with the bark off.”

AC: How do you feel you moved the Library forward during your time as director? What do you count as your accomplishments?

BSF: Well, this is quite difficult to answer because everything I say would have to be “we” – and I don’t mean the royal “we”! Harry left having just completed a strategic plan that I tried to fulfill before leading the next strategic planning effort. Chief among Harry’s important goals was a closer working relationship with the University. We fulfilled that by establishing the LBJ Fellows program, comprised of student leaders from across the campus, and by hosting numerous conferences in collaboration with many departments of the university and opening those conferences to the public with discussion groups modeled on the National Issues Forums dialogues that Harry had first brought to the Library. For example, in collaboration with the LBJ School, we took some of the key achievements of the Great Society and explored the issues for today and the future, and we included in our edited volume of the panel presentations, a report of the public dialogues we held on the subject, which were led by our Texas Forums moderators.

In addition to the Texas Forums activities, which brought college students from all over the country to the Library in the summer, we started a Future Forum group of young leaders in the city, masterfully designed and led by Catherine Robb, and we coordinated UT class visits with our many special museum exhibits.

On my first day on the job, I was taken to the basement and saw two very sobering things: stalactites growing down from the ceiling, thanks to a terrible leakage problem that was cracking the plaza marble and threatening the structure of the library; and stanchions for the “Lying in Repose,” as it’s officially called, of Mrs. Johnson, who was in her 90s. I hoped I would never need the stanchions, but I knew the plaza wasn’t something to be put off. So the many smaller and focused programs and conferences we held were in part a response to the fact that during several of the years of my directorship, our auditorium was closed because of a $30+ million renovation of the Library, whose driving force was my chairman of the LBJ Foundation board, Larry Temple. (I’ve kept the hard hat I used for my daily construction inspections as a souvenir.) 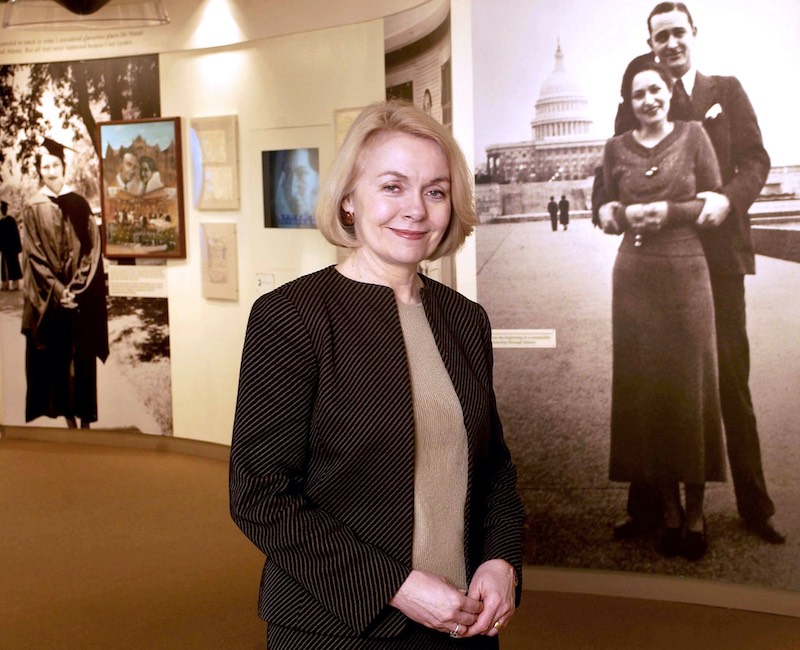 Unfortunately, we did have to use the stanchions because we lost Mrs. Johnson in 2007. I remember taking my turn late at night as an honor guard at the casket and seeing the endless line of people coming to pay their respects – all kinds of people from folks in work clothes to parents and grandparents with children to Tricia Nixon. On the journey from the funeral, attended by former presidents and first ladies, to the ranch, the highway was lined with people, many of them holding bouquets of flowers.

There are too many highlights to list all of them, but here are some (and these are experiences and projects, not “my” accomplishments): the visit of the President of Mexico, Vicente Fox; the 100th birthday celebration for President Johnson under a huge tent with “100” in orange on the UT Tower; the visits of John Lewis and other civil rights heroes; the first anniversary of 9/11, when we held a program on the plaza to read the names of all the victims; the final tapes being opened; Daniel Ellsberg talking about the Pentagon papers and my discovery that we couldn’t exhibit the papers he’d leaked because they’d never been officially declassified; the program with the Apollo 8 astronauts in conjunction with our space exhibit; the crowd of 1,500 people who sat on the hillside to watch A Hard Day’s Night in conjunction with our 1960s exhibit; our co-hosting of a primary debate between Barack Obama and Hillary Clinton; our leadership in launching “The Presidential Timeline of the 20th Century” in collaboration with all the other presidential libraries, which allowed classroom teachers from all over the country virtual access to primary materials; the naming of the Lyndon Baines Johnson Education Building in Washington; the completion of the Plaza Project, which also included the renovation of the education facilities, the auditorium, and the LBJ School; the development of a video of President Johnson’s life for the Democratic Convention on his 100th birthday; the unveiling of the stamp honoring President Johnson, with Luci Johnson and Lynda Robb, who were both so beautifully supportive of the Library; our exhibit of hidden treasures from the museum collection, including my favorite, the thank-you postcard from Ho Chi Minh in 1968 – President Johnson had sent every world leader, including Fidel Castro and Ho Chi Minh, the iconic picture of the earth rising over the moon taken during the Apollo 8 mission; the visit of the Declaration of Independence, a kind of bookend to the beginning of my relationship with the LBJ Library during the visit of the Magna Carta.

I loved my time as director of the Library and would probably have stayed there as long as Harry did had I not run off to New York City with one of our speakers (Former Senator Bill Bradley).

In this week's cover story you can read more about the LBJ Library's five decades of keeping history and making history. 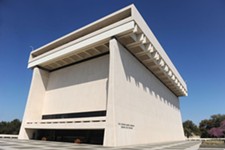 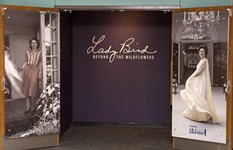 LBJ Library at 50: "Lady Bird Johnson: Beyond the Willdflowers"
The LBJ Library exhibit shows sides of the First Lady you may not know