Monica Ceniceros and those atxGALS

The Cathedral? Creative Box Studios? All that art? This is them.

We told you – a while ago, in what everyone calls the Before Times – about the art classes at Atelier Dojo, right? And that Canopy-based powerhouse of realism and figurative art is still going strong, even in these more restricted times, yes; but right now we want to tell you about a program called Creative Box Studios. 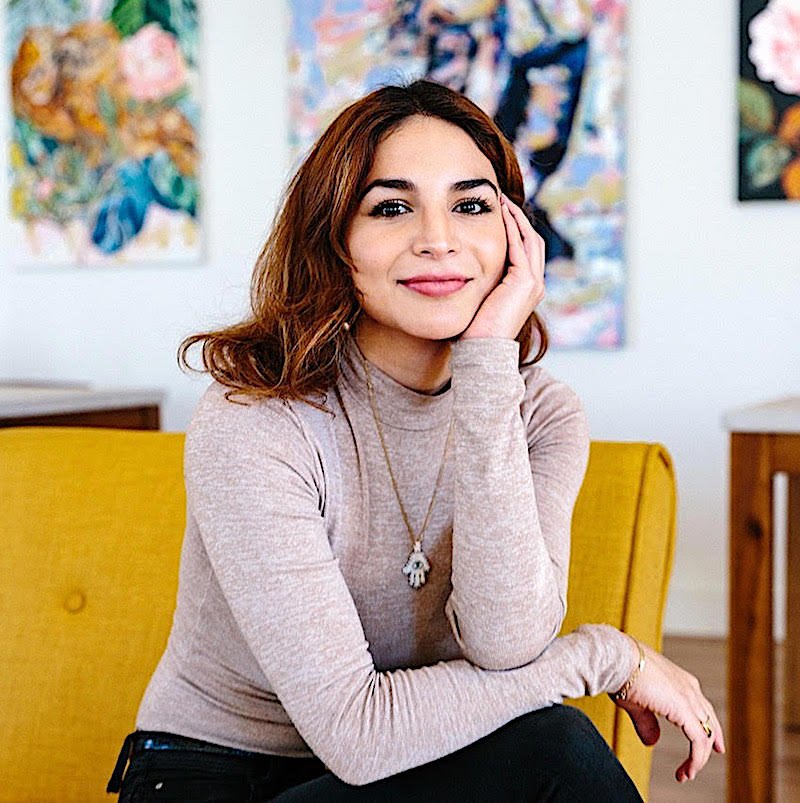 Monica Ceniceros of atxGALs and the Cathedral and Creative Box Studios

All of which means we need to introduce you to Monica Ceniceros.

Because that Ceniceros, who grew up in Monterrey, Mexico … who moved to the U.S. with her two sisters when she was 15 … who works as a marketing consultant and has been a part-time artist in Austin since she graduated from college … who rented her first studio at Pump Project back in the day … is the force-of-nature head honcho behind Creative Box and the Cathedral and atxGALS.

1. Creative Box Studios, launched in November of 2020, is an online platform that offers live online art workshops led by emerging women artists: They send you a kit with all necessary supplies in the mail, and they teach the classes right there on your favorite screen. This is not the fierce course of study that you’ll find in the Atelier we referenced earlier; this is arting of a more recreational sort, and a bright respite from the pandemic (or, we daresay, boredom in general).

2. The Cathedral is a co-working and event space inside a refurbished (a gorgeously refurbished) 1930s church – with 14-foot ceilings, natural light, finished cement floors, oil trap sinks for eco-friendly cleanup, conference rooms, and private studios. Used to be, the atxGALS would have to do their art-and-music-and-socializing thing in other people’s places all the time. Now they’ve got this architectural treasure for bringing the fun with.

3. atxGALS, the group that Ceniceros founded with artist Whitney Avra in 2017, has a mission to give women greater recognition in the art world by creating more exposure for them via unique, urban pop-up shows. (Also, these events have raised thousands of dollars for Girls Empowerment Network and other local organizations that focus on women's rights and equality.) Their newest event is the upcoming Springfest (March 18-20) that features visual art by local artists, live music performances, and panel sessions on local entrepreneurs, art, and community. Of course it’ll be socially distanced – ticket prices are per group/table – and of course it’ll be swanky with an open bar and catered noms, and extra of course it’ll be at that beautiful Cathedral space. And – oh, here’s the direct link right now.

And what’s it been like, Monica Ceniceros, wrangling this sort of thing in the midst of a pandemic and so soon after that recent snowpocalypse?

“It’s definitely been a very challenging year for everyone in the events industry,” says the seemingly tireless entrepreneur. “Thankfully, I have an incredible team that has not only helped me keep our businesses afloat during these times, but to thrive through creativity, adaptation, and determination. We try to streamline our events as much as we can to avoid big losses from unexpected bumps along the road, and while the Cathedral is still very young, we’ve learned so much along the way by wearing all the hats and planning ahead as much as we can. We’ve also built great relationships with local artists and musicians – that makes our planning and execution much easier.

“After Covid hit, we developed our weekly, socially distant Art + Music Night Series at the Cathedral so that we could offer a safe place for local artists and musicians to shine and make some money during a time where everyone is hurting – including us. Once we saw how successful these were, the idea of Springfest was born. It’s an adaptation with a special music lineup, more art, and flair to celebrate local musicians, women artists, and women-owned businesses during SXSW week.”

And now you know.