Live Comedy Clubs Are Coming Back

NYC's the Creek & the Cave moves to ATX, Cap City gets revived

Get ready to laugh again.
This week, just days apart, two live comedy clubs announced their openings in 2021. The Creek & the Cave, a New York club which closed last year, is resurfacing in Austin on East Seventh, while our own Cap City Comedy Club, which shuttered its home on Research in September, is being resuscitated by new owners in the Domain. 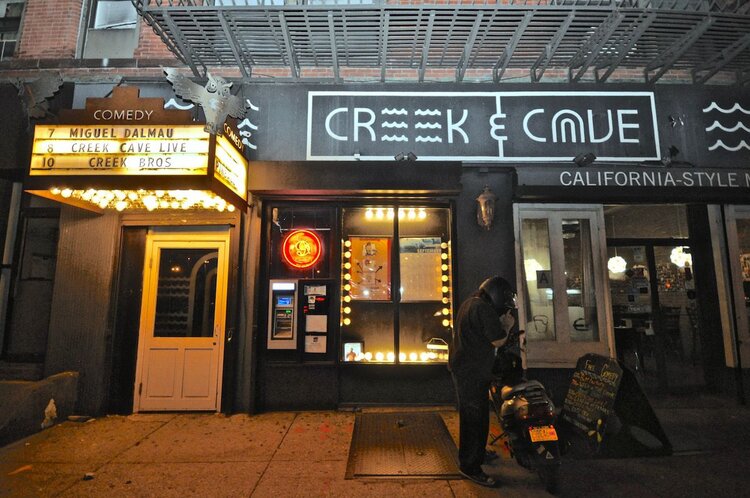 Cap City's comeback is thanks to the Grossman brothers, Marc and Brad, who head the Helium Comedy Club company. Over the past 15 years, they've built a successful chain of clubs with locations in Philadelphia, Pa.; St. Louis, Mo.; Portland, Ore.; Indianapolis, Ind.; and Buffalo, N.Y. They've also developed a digital platform, Helium Presents, with online shows and comedy classes, a podcast network, and a comedy record label. Marc Grossman has had a working relationship with the Cap City owners for years, so he was quite familiar with the club.

“Cap City is one of the best comedy clubs in the country with an amazing reputation," he stated in the release announcing Cap City's new ownership. “When Brad and I heard the club was closing and how upset the community was, we knew that we wanted to change that. I’m just glad that the opportunity presented itself.” This isn't the first time that the Grossmans have acquired an ailing comedy club. They also played cavalry for Goodnights Comedy Club in North Carolina and Bananas in New Jersey.

The release notes that the new location will be just three miles from Cap City's old home and will have two showrooms, one for national acts – the release reels off the names Dave Attell, Doug Benson, Margaret Cho, Rachel Feinstein, Big Jay Oakerson, Dan Soder, and Aries Spears – and one focused on Austin comedy, with local stand-up and special events such as “The Sideshow” podcast with Dudley, Bob and Matt. Since the release also notes that the club will continue to be a partner in the Moontower Comedy Festival, we hope that means it will also continue to host the Funniest Person in Austin Contest. The new Cap City is slated to open in October.

Meanwhile, in the heart of the city, newcomer the Creek & the Cave ATX will be setting up shop in the former Barracuda space at 611 E. Seventh. The original venue in NYC was a stalwart in the city's comedy scene for 14 years. Owner Rebecca Trent was known for taking chances on new comics and letting them develop their voices, as well as giving more established comics room to experiment with new material. (Colin Quinn worked up his one-man show Unconstitutional there.) Judging by the wealth of tributes that poured out when Trent announced the club's permanent closure in November, the Creek & the Cave NYC was a place where comedy became community.

Local producer Marty Clarke of Rough Cut Comedy heard Trent on a podcast shortly after she closed the club for the last time and decided to try to lure her down to Austin. She agreed to come, the Barracuda space was acquired, and the legendary club began making its move. The goal for the new incarnation of the Creek & the Cave, says Trent in a press release, is "to build a true clubhouse to serve as a place all comics can call home. We will be providing a platform for the up and coming local comedians, as well as exposing them to big name headliners. Part Master Class, part Dojo, part club, and all funny."

The club will be open seven days a week, with daily open mics, weeknight shows featuring local comics and themed shows, and Thursday through Saturday night shows with name comics headlining. The Creek & the Cave will also have stages for indoor and outdoor shows. The club is set for a soft opening on the feast day for comedians, April 1. 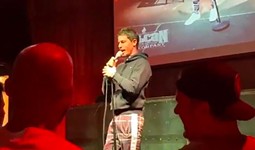 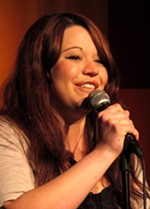