Tolly Moseley Takes to the Air in How Are You?

A year’s end is coming up again, hahahaha, and it’s the end of this year. 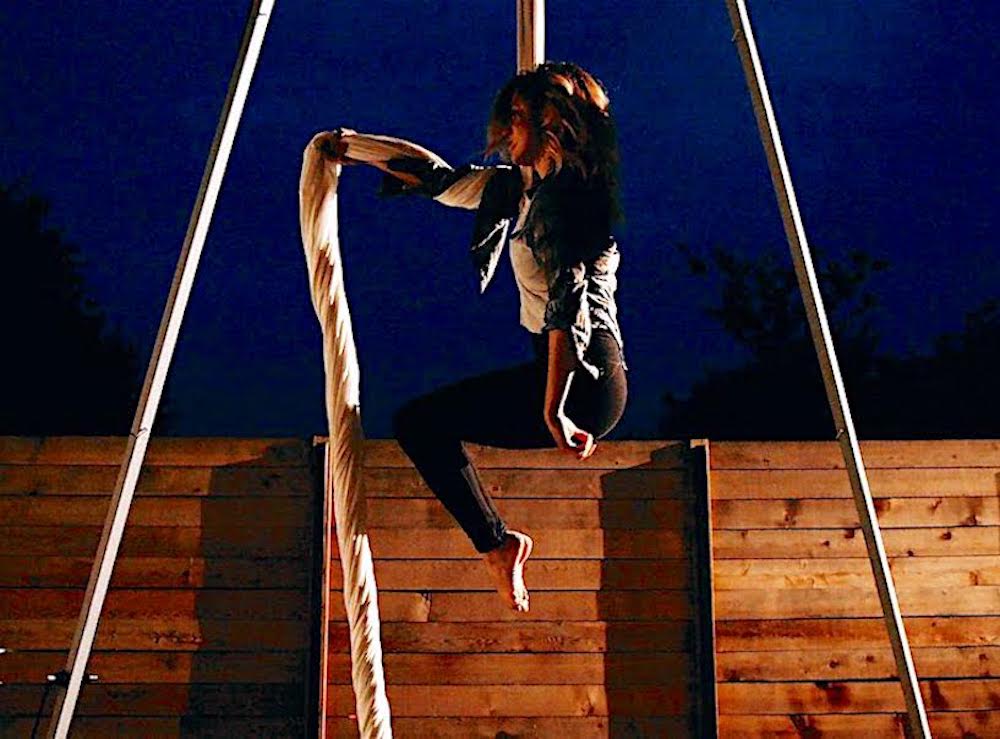 The Austin-based dancer Tolly Moseley, up in the air, in How Are You?

(That’s 2020, remember? Back in January, many of us were making faintly clever references to the year’s number and the way we measure human eyesight, but now pretty much all we can think is FUUUUUUUUUUUUUUUCK.)

So, in addition to the traditional feelings of warm camaraderie associated with the winter holidays – not to mention the Seasonal Affective Disorder depressions and increased suicidal tendencies that are, it seems, equally traditional but much less openly acknowledged and certainly uncelebrated – in addition to all of that we’ve got these relentless ’ronas infecting and sometimes killing people and generally turning modern civilization into an even more problematic and anxiety-ridden version of itself.

So we’re checking in with people a little more often, right now. If only virtually, we’re getting in contact with our friends and associates, making sure everyone is doing … as well as they can be doing, you know?

Okay, she’s not just a dancer. This Moseley’s also a writer, an actress, a teacher, and so on. She’s one of those people – even these days, Austin is lousy with them – who do all sorts of creative things and do them well. But we’ve known her mostly as a dancer – she was part of Jennifer Sherburn’s city-spanning 11:11 project, and the more recent Drive-In spectacle – and what she’s done most recently is a solo dance project. It’s a video called How Are You?, in which Moseley performs in mid-air on lengths of aerial silk, turning and twisting like A. cavaticus on a single line, while, in repeated voiceover, a pair of people check in with each other in that caring yet uncertain, concerned but slightly awkward way that humans often do.

We like the way this video resonates. We like the dialogue that Moseley wrote for it, as performed so naturally by Erica Lies and Ted Meredith; we like the careful, spidery way the dancer interacts with her silks; we appreciate how Jared Sosa captured it all in his camera, and the way Ross Carnes’ music so subtly enhances the action.

And so we wanted to share it with you here, reader, as the end of the year approaches. Partly by way of checking in, you know?

Because (we’re not sure precisely how, but) we seem to be doing …not too bad, ourselves, really. Considering the circumstances.

And we hope that you’re doing okay, too.