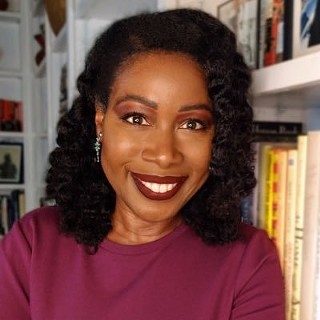 In 2010, just before that year’s Texas Book Festival and a panel on her book, The Warmth of Other Suns, author Isabel Wilkerson told the Chronicle’s Wells Dunbar that she preferred the term “caste” in describing U.S. social structures, rather than “racism.”

“I purposely describe this as a caste system,” she said, “and caste systems essentially are built around the need for labor that is dependent upon certain people in certain levels of that caste to perform certain tasks to make sure the economy works. I like the idea of that because it's a more structural way that allows us to be able to talk about it without the explosive nature of the ‘R’ word, and I think that it allows us to see what is going on beyond what might be the usual language for such things.”

Ten years later, she appeared again last weekend (via Zoom) at the 2020 Book Festival, having just published a second book: Caste: The Origins of Our Discontents. In it, Wilkerson elaborates at length on that crucial distinction between “racism” (too often considered simply a personal prejudice) and “caste,” the seemingly intractable racial substructure of the entire society, which assigns people at birth to their permanent roles in the social hierarchy — generally signified by skin color, but persisting above, below, and beyond individual attitudes about “race.”

In her Festival discussion with Saeed Jones, Wilkerson compared herself to a “building inspector,” trained to look beneath the surface impressions of a house to discover potentially destructive flaws in the foundation and the framing. In the present case, the American House — divided against itself — rests upon a 400-year foundation of white supremacy and black subservience.

Like other old houses, American has an unseen skeleton, a caste system that is as central to its operation as are the studs and joists that we cannot see in the physical buildings we call home. Caste is the infrastructure of our divisions. It is the architecture of human hierarchy, the subconscious code of instructions for maintaining, in our case, a four-hundred-year-old social order. …

Wilkerson notes that slaveholders explicitly understood that their social order rested on the “mudsill” of slave labor as its necessary foundation, with the corollary fiction of black inferiority as its superficial justification. She is certainly not the first observer to identify caste in this way, and her book cites several predecessors – abolitionist Sen. Charles Sumner, sociologist Gunnar Myrdal, anthropologist Ashley Montagu, among others – as using the term to describe the most permanent social categories in the U.S. Moreover, the book acutely compares the U.S. caste system to those of contemporary India and of Nazi Germany — it’s worth noting that the Nazis studied U.S. racial laws as models for their own Aryanization of Europe.

In her Saturday discussion with Jones, Wilkerson said this book grew organically out of the earlier one, a study of the “Great Migration” of African-American “refugees” from the South to the North, people fleeing totalitarian racial oppression for at least the possibility of freer, less legally oppressive communities. The Civil Rights Movement (catalyzed in part by that migration) began to break the chains of caste, and now a new generation of Black Lives Matter activists has renewed the struggle for true equality and equity.

Wilkerson told Jones that the book is appearing at a moment when the U.S. “is in the midst of an existential crisis,” with the eventual outcome of recent polarizing events remaining in doubt. (Seen through the prism of caste, it is impossible to imagine the Trump presidency as anything other than the product of a caste system thoroughly grounded in white supremacy.)

Asked the inevitable question, “What should be done?,” Wilkerson emphasized that it is primarily the responsibility of the creators of the caste system to move to dismantle it. Acknowledging the structural foundation of caste also implicitly triggers the obligation of large-scale institutional change, not just personal transformations. “We need to address what has happened,” she said, “in order to understand and transgress these boundaries.”

Caste: The Origins of Our Discontents 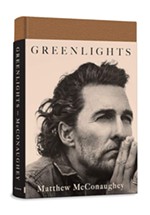 Isabel Wilkerson, Caste: The Origins of Our Discontents, The Warmth of Other Suns, Texas Book Festival 2020