A conversation with the author of Stakes Is High

Mychal Denzel Smith almost didn’t write Stakes Is High: Life After the American Dream, his insightful and sobering examination of the American myths we all perform and participate in, and the necessity of losing our old stories. The reason was, he admits, a level of cowardice on his part in the early months of President Trump’s tenure. 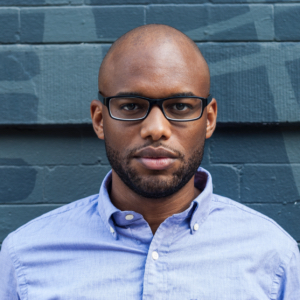 But then, he says, “I recognized that every one of us had a role to play, and I had to fulfill that role and I needed to fulfill my responsibility to my beliefs and my vision for a future.” So Smyth began writing essays that faced our social and political past head on. Eventually, he was able to collect them into the book Stakes Is High.

A powerfully versatile work, Stakes Is High can be read as philosophy or memoir, African American studies or history. As such, it belongs on the bookshelf alongside Eldridge Cleaver’s Soul on Ice, James Baldwin’s The Fire Next Time, Richard Wright’s Native Son, and Gore Vidal’s collection of controversial essays Perpetual War for Perpetual Peace: How We Got to Be So Hated. Smith’s work will endure as an important witness of the accumulation of the past 200 plus years and especially the past four.

Stakes Is High is a tight work – 187 pages or a three-and-a-half hour listen – but it’s sprawling in its content and breadth. So in speaking with Smith prior to his Texas Book Festival event on Friday, Nov. 6, the conversation was naturally far-ranging.

Austin Chronicle: Listening to Stakes Is High is pretty rough at times I gotta say, but hopeful also. Once you came around to doing what you had to do, as you say, was writing the book even more difficult than you had expected when you were avoiding it?

Mychal Denzel Smith: Oh absolutely. This book kicked my ass, there’s no other way to put it.

MDS: It wore on me and I’m still trying to figure out exactly what it was. I mean, there are a number of things, right? There's the material itself, that just grew more desperate, more despairing, more devastating every single day. And that's the effect of this presidency: that things were moving at such a rapid pace every single day. There seemed to be a new atrocity, or that one atrocity was building and ramping up and becoming even worse. So there is that, just keeping track of all of it, to be paying attention and be thinking about the people whose lives were being lost, whose lives are being completely altered, being upended, being destroyed. You know, the prospects for our future are hard to live in. And then from a craft perspective it was hard, because the ambition, I think it's just being a writer, generally. If you aren't satisfied with production and you have visions and ambitions for the kind of writing that you wanna do, stretching yourself beyond the point that you're at to be able to get there is taxing. It's demoralizing because it's just like, well, I want this, but my skills don't reflect that right now, so how do I get there? And so pushing myself in that respect, understanding, practicing and getting myself in the position to be able to write the book as it is. Just from a sentence level, from a craft construction level, it was also really difficult. So you combine those two things, this book really took a lot out of me.

AC: Yeah, it sounded like it did, and read like it. I just reread the conclusion and it definitely comes across that it was emotionally taxing. With everything that has happened this year – which is a lot – do you see any reconciliation between African Americans in general and the monolithic white America that runs everything?

MDS: Essentially, please correct me if I'm reading your question wrong, but essentially it is asking if there is any room for this country to change, enough that black people can feel welcome here, right?

AC: Yes, that question is in there also. 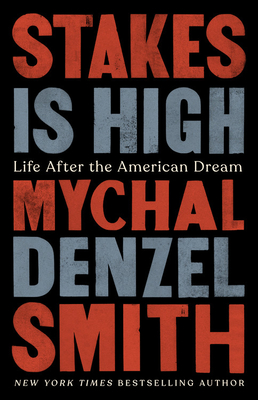 MDS: That's the frustrating question, and I think, what sort of animates the book, there's an American narrative of progress and creating a more perfect union all the time and all of this stuff, but it's like every year, every day, it seems Americans have to learn the same lessons over and over again. We're 200-some odd years into this process, and still haven't gotten the basics right, still haven't understood or still haven’t relinquished the original ideology, the original ideological underpinnings of American life and American institutions, and that we are, as black Americans, screaming, constantly telling them that this is wrong. “This is wrong.” These principles, this doesn’t live up to what you say, this doesn’t live up to what you've written down. You know, and we say it, we pray about it, we scream it, then we break things and we burn things, and still the country is trying to learn the basics. This past summer, all of the protests erupted and these police stations were being burned, police cars were being burned and buildings being burned and all of that stuff and, like, quote unquote, good white people's reactions was to get an antiracist syllabus together. Well, if you still don't have those basic things down that you need to still read about those, right, we’re still there, we're not gonna get anywhere. We're not gonna get anywhere anytime soon that resembles justice ….

We have to have a level of faith even in the absence of any evidence that things can change in any revolutionary way. And I say revolutionary, because I mean absolute holistic top-to-bottom change. We’ve changed certainly, things have changed, and I don't want that to come across like I'm saying nothing has changed, obviously things have changed, I am not in chattel slavery – this is a huge difference. But the sort of ideological landscape has not changed that much, the power dynamics have not changed, and in order for those things to change, you have to have revolution, and it has to be revolution of the mind and it may be revolution on the battlefield, but whatever it is, there has to be a top to bottom change in the way that we operate and when thinking about the prospects of that I have to remain somewhat hopeful, I have to keep that ember burning or else it makes everything futile.

AC: Yes, it's kind of balancing that pervasive fear with hope, a little bit of one with the other, indeed. I believe it’s in “Delusions” you write, “I’m always writing things I hope one day will be true.” What do you hope will come true from this work?

MDS: The purpose of the book for me is, there's the introduction of several ideas and they're particularly around abolition and abolitionist thought – obviously, there's an anticapitalist and antiracist and antisexist underpinning of all of it, but really the crux of the book and why it comes back to the American dream, American myths, and myth-making, it's to challenge the American narrative. The way we tell stories to ourselves, the way we tell stories about ourselves, reinforces all of these ideas and it reinforces the false notion of inherent goodness of the American character. Ignoring or deliberate, sort of sidelining significant portions of our history …. But how is it that the history of our own country and the migration of millions of descendants of formerly enslaved people from the South to northern cities and the impact that that had on the economies of those cities on the lives of those people, how is that this is just completely missed? I don't remember talking about that in school, and it's not until Isabel Wilkerson publishes that book [The Warmth of Other Suns: The Epic Story of America's Great Migration] in 2010 that I get any access to that history. Not to say that people hadn't written about it before, people had written about it, it's not a part of the official narrative of the United States, and so we don't examine the reasons that those people were leaving. We don't examine convict leasing. We don't examine the sharecropping system. We don't examine the economic opportunities for black folks in northern cities. What and how the ways they were limited, the ways that segregation gets reinforced in northern cities. We don't talk about any of that because we just leave that part out of the story. And so if something so significant can be left out and sidelined, then we have limited understanding of who we are and what our identities actually consist of. And so the book again, it's just to say there's a narrative that's been told that we tell ourselves about ourselves over and over again, we repeat it and it's untrue. How do we break ourselves free from, how do we want better for ourselves? Hopefully I'm challenging people to just want better. 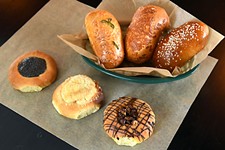