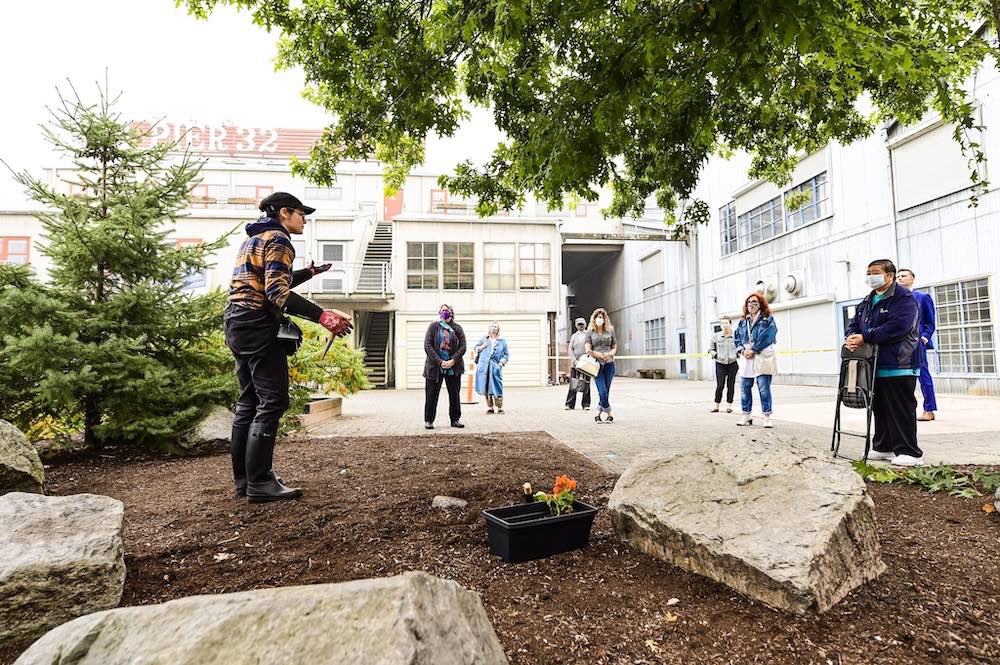 A performer and participants at the Art Heist run in Vancouver

Austin’s Paramount Theatre just became the scene of one of the most daring heists the art world has ever seen, and if you get your tickets now, you can witness it all firsthand.

The aptly named Art Heist is a new walking show that lets participants take a crack at solving a notorious true crime case dating back 30 years. The show, which premiered October 14, is based on the case of the 1990 Isabella Stewart Gardner Museum heist, the perpetrators of which made off with $500 million in stolen art. That’s the biggest payday in the history of art theft, and both the thieves and the works they snatched remain unfound.

Art Heist challenges amateur sleuths to navigate different locations, questioning a whole cast of colorful suspects along the way. Hidden amidst the characters’ dialogue is a series of clues leading to the culprits responsible for the infamous unsolved caper, but first, you have to figure out who is telling you the truth and who is trying to throw you off the scent.

The real-world culprits accomplished their legendary feat by dressing up as police officers and gaining access to the Gardner Museum late at night, under the pretense of responding to a disturbance call. Their half-a-billion-dollar haul consisted of 13 paintings and sketches from the likes of Vermeer and Rembrandt, including Vermeer’s The Concert, which is currently the single most valuable stolen painting in the world. While Art Heist preserves the basic facts of the case, every interaction is improvised, which means that every performance is unique. 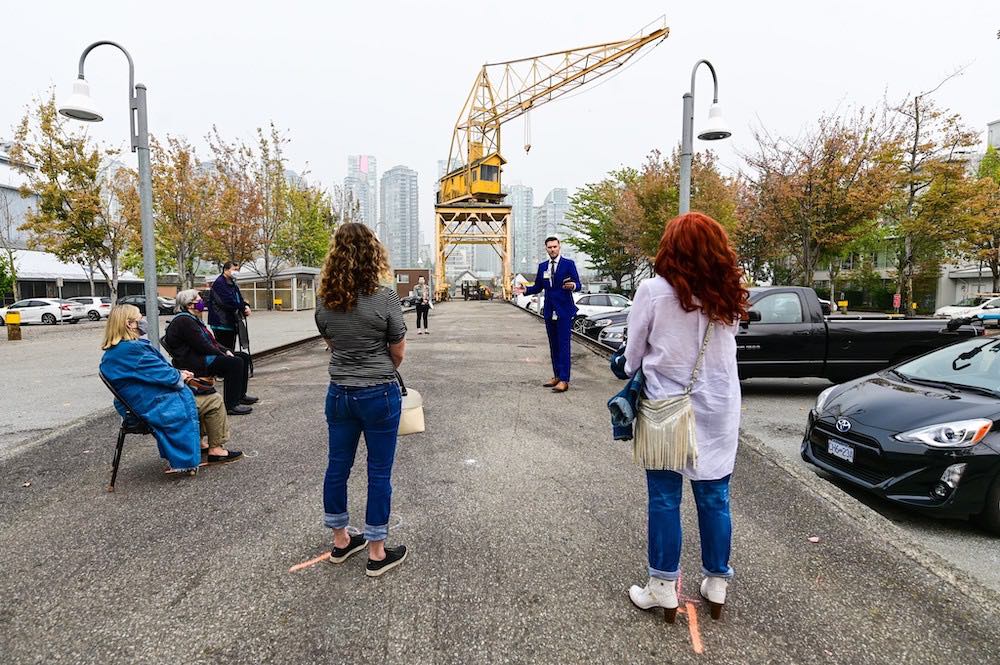 Before it came to Austin, Art Heist enjoyed a sold-out run of 18 shows at the Vancouver Fringe Fest after its premiere on September 11. The show is written and directed by TJ Dawe and Ming Hudson, both of whom teach college theatre courses in addition to their careers as performers. Dawe is best known for his one-actor shows The One Man Star Wars Trilogy and One Woman Sex and the City, both of which have toured internationally; Hudson previously worked with numerous theatre companies including Bard on the Beach, Boca Del Lupo, and Atomic Vaudeville. They developed the show from an idea by producer Justin Sudds, who specifically wanted to create a theatre experience that would work even with all the restrictions imposed by COVID-19.

“We're looking to create new opportunities,” Sudds says, “not only for audiences to enjoy theatre experiences, but also for the actors and crew members out there who have found themselves out of work.”

The show is slated for a limited run from October 14-31. Tickets are currently available at www.austintheatre.org/artheist.

In Black America Celebrates 50 Years of Broadcasting About the Black Experience
Longtime host John L. Hanson reflects on his journey in radio