To use the vernacular of boxing – the sport Jan Reid so loved – he was a writer with a one-two punch. From the left came nonfiction – much of it for magazines with many of the most memorable stories for Texas Monthly – then he'd follow from the right with killer fiction. Sadly, Reid has left the ring. He died Saturday of heart failure at the age of 75. 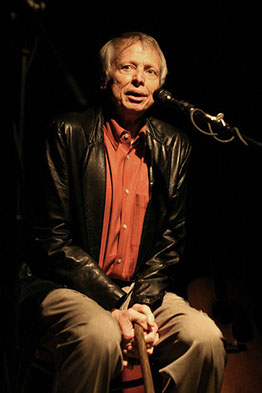 Boxing was Reid's passion – as anyone who saw him hit the bag at Richard Lord's gym back in the day can attest – but it was also almost the death of him. At that gym, he'd met and befriended an up-and-coming boxer named Jesus Chavez and when the young lightweight had a match against Moises Rodriguez in Mexico City, Reid and a few friends flew down to see him fight. But after the bout, when Reid and his pals were celebrating Chavez's win, they were robbed and Reid was shot in the stomach, with the bullet tearing through him and lodging near his spine. That could have been the end, but Reid survived and out of the experience produced one of his finest books, the memoir The Bullet Meant for Me.

But that's one of only 12 books of nonfiction and who know how many magazine articles Reid penned over a half-century, not to mention his novels. Indeed, it's hard to imagine anyone being in Texas over the past 50 years and not encountering Reid's writing somewhere and being wowed by it. Love Texas music? Well, surely you read his indispensable 1973 chronicle of the revolutionary turn in Lone Star music in the early Seventies, The Improbable Rise of Redneck Rock, or perhaps his Doug Sahm bio, Texas Tornado. Love Texas politics? If you can't get enough of Ann Richards, then it's his 2012 biography, Let the People In, that raised the bar on accounts of her life. (In counterpoint, he co-authored with Lou Dubose The Hammer, a look at the political brute Tom DeLay, and with Dubose and Carl Cannon Boy Genius, an analysis of political mastermind Karl Rove.) Love Texas football? Whether you favor the gridiron gladiators of the high school "Friday night lights" tradition, the UT Longhorns in the Darrell Royal era, or "America's Team" the Dallas Cowboys, Reid covers them all in his 1986 book Vain Glory. Love Texas, period? Reid was part of the brilliant bullpen of writers – Larry L. King, Stephen Harrigan, Prudence Mackintosh, Gary Cartwright, William Broyles, Jr., Al Reinart, Paul Burka – that established Texas Monthly as a magazine of national quality that happened to focus on its home state and penned some of the magazine's most memorable pieces, among them "The Texan and His Gun" and "Busting Out of Mexico." And his three published novels – Deerinwater (1985), Comanche Sundown (2010), and Sins of the Younger Sons (2017) – are all tales of Texas and Texans. And so is his fourth novel, The Song Leader, to be published by TCU Press in spring 2021, which Reid described as "the story of a long friendship of a ‘70s rock singer and a famous heavyweight boxer and movie actor in the ‘Blaxploitation’ period."

As he complained in Close Calls: Jan Reid's Texas, a 2001 collection of his magazine writing, "It’s a double whammy. Not only do I live in Texas, but it’s all anybody ever wants me to write about. But for all my complaining, moaning, and foreign wanderlust, I love the place.”

Of course, he did; Reid was as Texas as they come. A native son of Abilene, he grew up and went to college in Wichita Falls, got his master's at the University of Texas in Austin, and earned his stripes as a reporter at small-town papers in Mt. Pleasant and New Braunfels. That he should end up building his career at a magazine called Texas Monthly just made sense. It also made sense that Texas should recognize the achievements of this masterful Lone Star writer. The Texas State Historical Association honored his Ann Richards biography Let the People In with its award for best nonfiction book of the year. The Texas Institute of Letters awarded him its prestigious Jesse H. Jones Award for best fiction of the year not once, but twice: in 2010 for Comanche Sundown and 2017 for Sins of the Younger Sons. And between those two honors the TIL bestowed on him its Lon Tinkle Award for career achievement.

In marriage as in everything else, Reid went with Texas. Dorothy Browne was Tyler born and bred, and the work of her life was Lone Star politics (well, the progressive Democratic side, at least). The two wed in 1982 and spent 37 blissful years together. They had "maybe the most passion-filled relationship of any couple I’ve known," wrote W.K. "Kip" Stratton in his remembrance of Reid for Texas Monthly, adding "they were dedicated to each other to the hilt" and that Reid told him "his desire to see Dorothy again is what got him through the trauma centers in Mexico City." She passed first, last Christmas Eve. Reid no doubt missed her every day of the next nine months but then suffered a serious heart attack in early September. This past week, his heart gave out completely.

No word yet of any services for Reid, but fans of great writing about Texas are mourning this profound loss. Jan Reid will be missed. 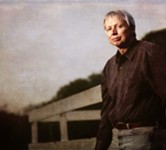