Welcome, citizen, to the world of NUKED! It’s a land of mutants, magic, and mayhem, set in a post-apocalyptic time where most of the population has been transformed by radiation and the very laws of reality can be warped by those with certain … skills. 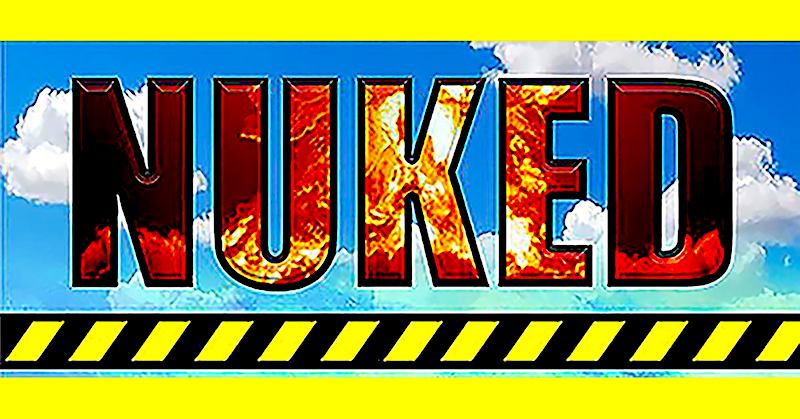 Note: NUKED is also an RPG stream that’s broadcast via Twitch every Monday at 7pm (Central) from Austin’s 819 Entertainment.

This Monday – tonight – is the show’s debut, and the mutants are already howling at the Chronicle gates like … like … like a bunch of howling fucking mutants, actually, so we figured we’d better ask 819’s Shannon McCormick and Mike D’Alonzo just what is up with this weird new offering of theirs.

Austin Chronicle: So here’s NUKED, first thing outta the 819 Entertainment box, and it’s a video series based on post-apocalyptic RPG. Is it a comedy sort of thing? And why is NUKED – out of all the projects y’all are probably fomenting, you cunning wizards – why is this NUKED the first thing you’re visiting on the public at large?

Mike D’Alonzo: We had actually planned on filming a project we developed with Jessy Schwartz and our room of amazing writers, but the pandemic hit, and we couldn’t do any physical production. But, then, Shannon mentioned this thing he’d been working on with Mike Nystul a while back, and I was immediately intrigued.

Shannon McCormick: The idea for NUKED actually goes back almost four years, before 819 Entertainment came together, before Mike [D’Alonzo] even moved back to Austin. I’m kind of sort of peripherally connected to some of the folks in Critical Role, and watched their project really taking off and blossoming, and I thought, hey, this is something to look into. But because all of my artistic endeavors seem to be a mixture of engaging with pop culture stuff with an added mixture of self-defeating obscurity, I thought, why not do it with another TSR game I used to play as a kid? And that was Gamma World. So we put together a little cast, but for a number of reasons that show didn’t get off its feet. And, like Mike said, had Covid not hit, we were probably going to be filming the pilot for this amazing show Jessy Schwartz wrote in our writers room last year. We got knocked for a loop a bit, but then I dusted off this NUKED idea and approached Mike Nystul about GMing something like it. Being even more an OG nerd than me, Nystul of course knew Gamma World, but he was like, “I’m a busy guy and have a lot of commitments – if you want me to prioritize this, let me write you a brand new game in a similar vibe.” Game design is his real passion, and we’re lucky to have him in Austin.

Mike D’Alonzo: One of the best things about NUKED is that it allows all of us, including me and Shannon, to indulge our weird sides, which is super exciting. Like, everyone has these characters that are not only really fun to play with, but genuinely hilarious to watch. And, from my point of view, Erik (my character) is one of the most fun things I’ve ever had the chance to play. And he lets me indulge my inner mod.

Shannon McCormick: And thematically, obviously, a post-apocalyptic show feels of the moment. But I should clarify: It’s not a comedy. There will probably, certainly, be funny moments – but we’re doing an adventure show. It’s an adventure.

Austin Chronicle: And y’all have some decent cred and clout in the industry, what with your work in Red vs. Blue and RWBY and those G4 Network gigs and all, and you’re thick with the improv and voice-talent crowd in this town and elsewhere. How has that played into the formation of 819 Entertainment and the players you’ve been able to assemble?

Mike D’Alonzo: Shannon and I have both been really fortunate not only to work on some seriously cool shit, but also to be able to work with other people who have been able to do the same. So, when we really started taking a look at this thing, we not only had this incredible roster of people we had already worked with, but this group of people we really wanted to work with. Like, Kareem Badr and I have been buddies for years, but we’d never really been able to do anything more than a show here and there together. So, when we pitched nearly the same show to our writer’s room, a light bulb went off, and we merged into one project – and now we’ve been writing partners for a year and a half on this thing. But the other thing is that we still have so many people we want to work with, both in and out of Austin, and they’re not only talented, but super cool as well. And then they bring people that they’ve wanted to work with, and it’s a thing.

Shannon McCormick: One of the things that’s happened with the pandemic is that it’s flattened the geography of working with people. We’re going to be able to call in some favors from friends in L.A. and elsewhere with this show, and I don’t know if it would’ve been possible before. Get ready – we have some excellent guests lined up! Longterm, Mike and I want to have 819 be part of helping grow the community of professional show creators and show runners in this town, kind of follow in the footsteps of folks like, say, Minnow Mountain. We’d love for people to be able to make high-quality entertainment available to people around the world, from here in Austin. We already helped build the improv community way back in the day, and now this is maybe sort of the phase two of the kind of mission we’re on? I don’t know, that’s grandiose. We just wanna tell stories, man.

Mike D’Alonzo: We just want to make cool stuff with all of these ridiculously talented people we know, and we’re lucky to be able to call them directly and ask.

Shannon McCormick: I have to give Kareem Badr props for the idea that got us rolling. Mike and I had already formed 819, but we were kind of a company in search of a way to do things, you know? It’s not like we have a lot of capital sitting around where we could just make a movie or whatnot. But Kareem posted idly on Facebook something like, “I’d just like to be in a writers room where we break story and come up with narrative arcs,” and I was like, that’s it, that’s how we start: We pull together these writers and creatives we know and make a little writers room and build each others’ portfolios. We don’t need funding to develop ideas.

Austin Chronicle: And that worked?

Shannon McCormick: We got five pilots out of that first session.

Austin Chronicle: So you’ve got this NUKED debuting on Monday night, and it stars you guys and, uh, Jen Brown, Danielle DaVerona, Barrett Tribe, and Jess von Schramm. And it’s gonna be an ongoing thing. But I know you guys – you don’t do just one thing at a time, no matter how complex that one thing might be. Right? So, what else have you got cooking, that you can spill some no-spoilers beans about?

Mike D’Alonzo: [laughs] How much time do you have? We have five pilots to come out of the original Freerange Writers Room, not including NUKED. There’s the dramatic narrative podcast that Kareem and I have cooked up; an animated series pilot from Jen Brown and Barrett Tribe; Jessy’s unbelievably hilarious and bizarre YouTube-style show; this truly amazing idea from Barrett and Devon Coleman for another narrative podcast set in a familiar world to a lot of nerds in the world; and lots more. I really feel like, the way we’ve put this whole thing together, we can just keep doing things that excite us. And we’re about to do a second Freerange session with all new writers, so we’re cooking up a bunch of other things.

Shannon McCormick: I’m excited to see what the new round of writers we have comes up with. I’m also excited to see success for some of our folks outside of anything 819 might be producing – a rising tide and all that. We wanna be both the water and another boat.