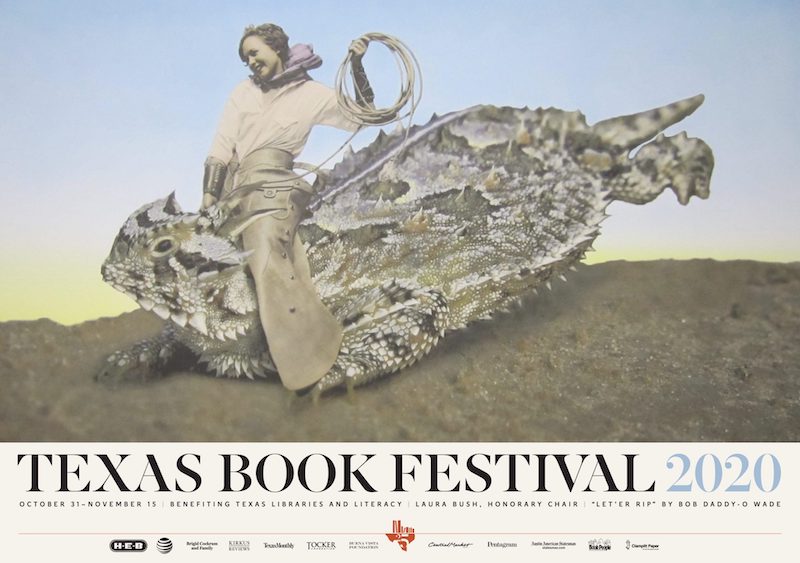 And they represent just a first taste of the literary lights who will grace the 2020 Festival – the first completely virtual edition of the annual festival and the first to be spread over two weeks, October 31 through November 15. The Texas Teen Book Festival launches the fest, with programming October 31 and November 1, then children’s books get the focus November 2- 6, and adult programming will brings it home November 6-15.

Family stories figure prominently in the new books being shared by the authors just announced, from Gyasi's Transcendent Kingdom, which follows a family of Ghanaian immigrants living in the Deep South, to Aimee Bender's The Butterfly Lampshade, about a woman trying to reconcile the broken love with her mother to Black's A Better Man: A (Mostly Serious) Letter to My Son, in which he opens up to his college-bound son about his relationship with his own father and what masculinity is all about.

Covering the mating habits of the rich and super-rich is Kwan, with his 21st-century comic spin on Room With a View, Sex and Vanity. While Alvarez looks at how we connect with others in the face of death and other obstacles in her poignant Afterlife.

Suspense and horror are well represented between Koontz, whose recent novel Elsewhere is a technothriller about a father and daughter who discover a device that could reunite them with dearly departed Mom, and Stephen Graham Jones, the Blackfeet Native American author, who spins a grim tale of vengeance for an elk hunt gone wrong in The Only Good Indians.

On the nonfiction front, Brockovich is getting the country to wake up about water with her book, Superman's Not Coming: Our National Water Crisis and What We the People Can Do About It, which outlines the fight for clean water in the United States. And our local hero of history, H.W. Brands, takes us back to the Civil War era to compare and contrast two very different men engaged in that fight in The Zealot and the Emancipator: John Brown, Abraham Lincoln, and the Struggle for American Freedom.

Look for more names to be announced in early September. For more information on the festival, please visit www.texasbookfestival.org.