Wild New Board Game Sculpts Itself Up a Kickstarter Win

Who dares to crush your clay, citizen?

As board games go, this one’s pretty simple.

As board games go, this one’s a real hoot and a half. 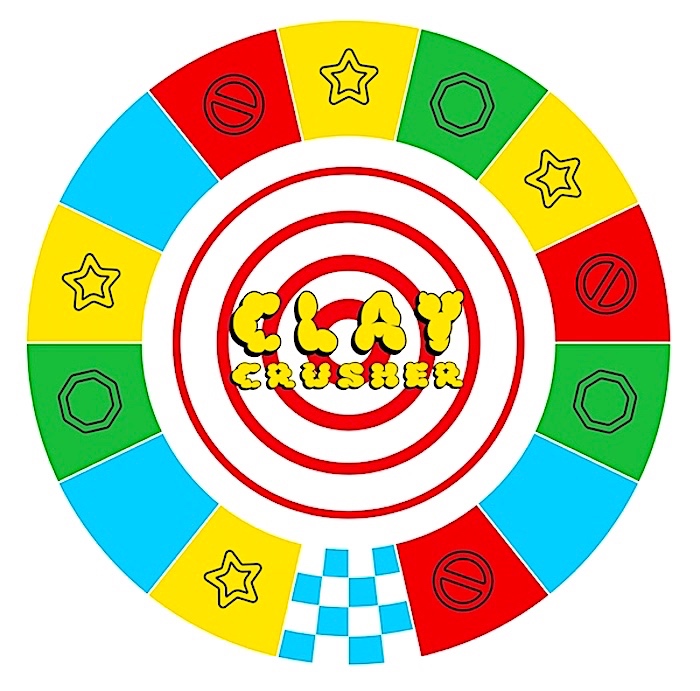 As board games go, this is the only one we can imagine making you giggle like you’re soooooo goddamn stoned without you actually being stoned at all.

Full disclosure: We know the man behind this new board game called Clay Crusher that’s already met its basic Kickstarter goal and is currently s-t-r-e-t-c-h-i-n-g for just a skoshie of further funding.

We know him because he – Derek Van Wagner – used to work at the Chronicle, a few years ago … and he’s in that excellent band Los Coast, too … and, you know, this Van Wagner has always been a smart and funny guy.

But we never expected he’d come up with something like this.

Prediction: As soon as the global coronavirus situation is under control – vaccine, anyone? – and we can all gather together more or less carelessly at house parties and so on? This Clay Crusher thing is going to be a phenomenon of socializing, is going to take over the world like Pinky & the Brain could only ever dream of doing.

Imagine Pictionary, say, but with quickly shaped clay sculptures instead of rough sketches. Imagine a Judge who decides what’s best and tweaks the time constraints to mess with you. Imagine these challenges and more, as you race your piece around the colorful board toward victory.

Note: The scenario described above would already be good enough for game play, we reckon. But the best part? It’s right there in the name. Because there are some cards involved in this competition, friend. And if you happen to acquire the right card, then you’ll get to raise your mighty fist and totally smash whatever goofy-ass lump of hopeful 3D illustration your most threatening opponent has created – before the Judge sees it.

That’s where the major giggles are going to come in, we reckon. There, and from witnessing everyone’s pathetic, slapdash attempts at sculpting with the four bright colors of modeling clay that are included.

(But, uh-oh, maybe one of the other players in the game is psychic? And they’re sneakily channeling Auguste Rodin? Okay – just wait until they land on a square that requires them to sculpt an alien, say, with their eyes closed. Heh – fuck you, Rodin.)

C’mon, now, COVID-19 – get the hell out of Dodge. Because we wanna hang with some friends and strangers and play Clay Crusher until we’re laughing like we used to in the Before Times.