The Austin Symphony Orchestra terminated its contract with musician Brenda Sansig Salas following a series of racist comments she made on Facebook last Saturday. Within hours, Austin Opera followed suit, as did some area schools, with which Sansig Salas taught private lessons.

The comments were made Saturday afternoon on the Facebook page of Orion D. Wilson, band director for the Pflugerville school district, in response to a post criticizing the president. Sansig Salas both defended Trump and attacked African Americans, including Pres. Obama, blaming them for the unrest and violence following the murder of George Floyd in Minneapolis. The comments in the thread have been scrubbed from the post, but they can be still be found on multiple Facebook pages, such as that of Rouse High School band director Ryan Johnstone, in screenshots of the thread. They include the following, directed at African Americans taking part in the thread:

“Trump didn’t kill someone, but in your black minds, everything is his fault.”

“Have you checked out the 1/2 black president swine flu H1N1, and EBOLA? What has your 1/2 black president done for you?? The ONLY REASON he was elected was because he is 1/2 black. People voted on racist principles not on the real issues. The BLACKS are looting and destroying their environment. They deserve what they get. Playing the RACE CARD IS RACIST.”

“Trump isn’t rioting. The blacks are. He’d be damned if he didn’t shut down the country. Stop your hatred.”

Sansig Salas did not go unchallenged in the thread. Several commenters pushed back on her “facts”; others straight-up called her out for being racist. (In later comments in the thread and in threads on the Austin Symphony Orchestra page, a number of them stated that they’d known Sansig Salas for years and were familiar with her political views, so they weren’t surprised to hear such comments from her.) But the extreme nature of these remarks prompted others to share them elsewhere on Facebook and with the leadership of ASO.

Recognizing the gravity of the offense, the symphony made its first announcement on social media that evening:

“We have been made aware that a musician of the Austin Symphony Orchestra has made an offensive post on their social media account regarding the protests across our country. This language is not reflective of who we are as an organization. The ASO is committed to being an inclusive organization as well as provide a safe space for all. We will follow up on the situation and take appropriate action.”

Hundreds of commenters piled onto that post, urging ASO to fire Sansig Salas immediately. A few people familiar with the workings of union contracts tried to explain that the process for lawful termination might take some time and, after all, it was Saturday night and that might contribute to a delay. But by 1am, the symphony’s Facebook and Twitter pages were updated with this announcement from ASO Executive Director Anthony Corroa:

“We would like to thank the community and let you know that your voice was heard. As previously stated, we were made aware of offensive posts that were shared on social media by one of our musicians late last night. Once alerted, we were appalled by the comments as they are clearly not reflective of who we are as an organization. We began to work quickly and closely with the American Federation of Musicians, our Orchestra Committee, staff and other key members. At this time we can state that the musician is no longer employed by the ASO for there is no place for hate within our organization. Thank you for your patience while we navigated through the necessary channels.”

Word circulated swiftly through the music community, and other institutions with which Sansig Salas was associated as a musician or a teacher – Austin Opera being one of the former; Akins High School, Crockett High School, and Westlake High School, among the latter – severed ties with her as well. On Sunday afternoon, Austin Opera General Manager and CEO Annie Burridge released this statement:

“I am appalled by the racist social media postings made by a member of our orchestra last night, which are in direct contradiction to our company values and mission. Austin Opera strongly condemns these social media posts and had no knowledge of or involvement in them. Hate speech, in any form or forum, will not be tolerated. We have reached out to our Orchestra Committee and the American Federation of Musicians and will take all appropriate next steps.”

Sunday evening, a follow-up post indicated that Sansig Salas was no longer employed by the company. 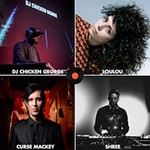 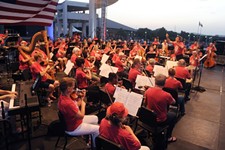