Comedy Wham's Isolation Comedy, that weekly Austin-based Zoom showcase of stand-up stylings, has convinced the elusive Pat Dean to do a set. 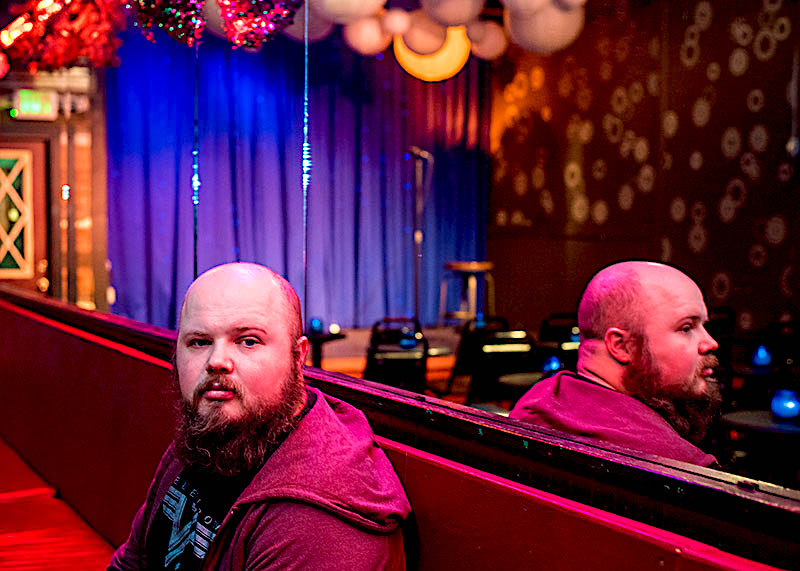 Well, "elusive," but only online during the pandemic days we’re dealing with now.

Dean, as noted in this 2018 profile by Carina Magyar, was pretty easy to find in the Before Times: Behind the bar of the storied Velveeta Room downtown, from which boozy post he actually managed the popular comedy joint. Besides being the co-host (with that Chris Tellez) of the longrunning Shit's Golden show at Spider House Ballroom and elsewhere.

But, even though there's currently no in-person stage to delight with one’s arch shtick, no IRL room in which to scratch that I-just-gotta-perform itch a comic sometimes gets, the whole virtual thing didn't sit well with Dean.

"Pat had been reluctant to do online shows," Comedy Wham’s Valerie Lopez tells us. "But he finally got a few under his belt – and now we've got him booked."

"Yeah," Dean agrees, "I wasn't too into the idea of these online shows at first. I initially thought I wouldn't be able to be funny, but after checking a few of them out, I realized how I could be funny – hopefully – on them. I think I have an approach now."

You can see the man’s approach for yourself this Friday at 8pm, when he’ll be part of a showcase that includes Aaron Brooks, Jasmine Ellis, frequent Velv headliners Bryson Brown and Ryan Cownie, and what a recent press release is calling "some fun national bookings."

As the Isolation Comedy series has already run 15 shows in under eight weeks (it was twice-weekly for a while; you do the math), and featured 130 comics from Austin and across the country, and was able to raise nearly $3,000 to help out those comics … we reckon the Comedy Wham folks know what they’re talking about. And that this show might be something you’ll be talking about for a while. Maybe until, ah, the end of the world?