This Is Who We Are #6: Miró Quartet's Faces of America: The Light Faces of America: The Light

We are once again engaged in that great national dialogue that occurs every time we are about to elect a chief executive. In talking about who we want to lead us, we're forced to discuss who we are as a people, what unites us as a country, where we've been as well as where we want to go. It's a conversation that seems to take place everywhere – civic halls, living rooms, college campuses, pulpits, TV, radio, and now YouTube – but the truth is we rarely find it in the concert hall. The Miró Quartet wants to see that change, and the esteemed chamber ensemble did its bit for the cause last week with a two-concert program, Faces of America, that examined the nation's dark and light sides as expressed in music of the last 115 years. The first concert – which this writer missed, sadly – was more daring, with "the Dark" represented by three contemporary works: George Crumb's 1970 sonic assault Black Angels, John Zorn's intense 2003 Necronomicon, and a work the Miró commissioned from Austin's P. Kellach Waddle, The American Nightmare: The Marriage of Church and State. That's a program that will get people to listen hard – and think.

"The Light" could well have been another serving of the American concert comfort food cooked up every Fourth of July (a dash of Sousa, a pinch of Gershwin, a liberal sprinkling of Copland, topped with a cannonade from the 1812 Overture), but while the Miró did favor some older works by known composers (Antonín Dvorák, Charles Ives), the program pushed beyond the familiar urban jazz and open chords evoking the heartland to some less-traveled musical byways of our national character.

Ives built his String Quartet No. 1, From the Salvation Army, out of hymn tunes he played as an organist for a Congregational Church when he was a student at Yale, but the work is more than nostalgic quotes of beloved old melodies. When he wrote the work, Ives was too young to be misty over these hymns; the affection one can feel for those songs came from their expression of faith as a connector between the earthly and the divine, and his improvisations on them were a creative response to take that connection further, to express more soul-searching, more meditation, more jubilation. Miró gave life to these variations with an exuberant intensity, at times layering part on part with spectacular delicacy, then joining as one like choir members processing in perfect step. By the time they reached the charged finale – delivering the revival meeting "Hallelujah!" promised by violist John Largess beforehand – we had been treated to a display of bedrock American spirituality with a distinctly American optimism and inventiveness.

By contrast, the work that followed was written from a place of deep skepticism about the state of the union. As cellist Josh Gindele explained before the performance of Credo, composer Kevin Puts was so troubled by the present wars abroad and violence at home that he feared he could not find anything "light" in our country to write about. But then the former Austinite took inspiration from three disparate sources: a violin specialist in upstate New York, railroads and bridges in Pittsburgh, and a mother and child dancing in a Manhattan apartment. From these, he wove a lyrical meditation on our capacity to change and better ourselves and that which is around us, alternating passages of vibrant energy and anticipation with passages hushed in wistfulness and peace. Puts conjured a train on which we could imagine moving across a vast landscape, past fields, past towns, and as the music traveled from cello to viola to second violin to first – always passed with utmost care by the musicians – a melancholic air gave way to a sweet hopefulness. The foursome joined together in a serene sunset of a conclusion, one that faded to a whisper, then a moving silence.

From this tender present the quartet moved to the passionate past of Dvorák's String Quartet in F Major, Op. 96, written in 1893 when the Bohemian composer spent the summer in a Czech village in Iowa. The music evoked a Midwestern river valley of rolling waters and singing birds, with the snatches of fiddler's reels and spirituals anticipating Copland's treatment of folk tunes. But it was filtered here through rich 19th century romanticism, which inspired some of the night's most ardent playing, especially from second violinist Sandy Yamamoto, who became a swaying force of nature, and first violinist Daniel Ching, whose keen lines winged through the air like swallows. It may have been celebrating the spirit of another era, but the quartet's impassioned playing proved that spirit to be living still, that the best in us endures. As the ensemble raced to the work's end, America's "light" – our openness, our industry, our optimism – was shining brightly. 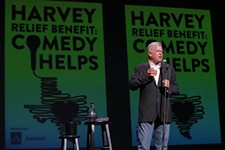