Whole lotta postin’ going on, and the Blanton Museum tells all about it 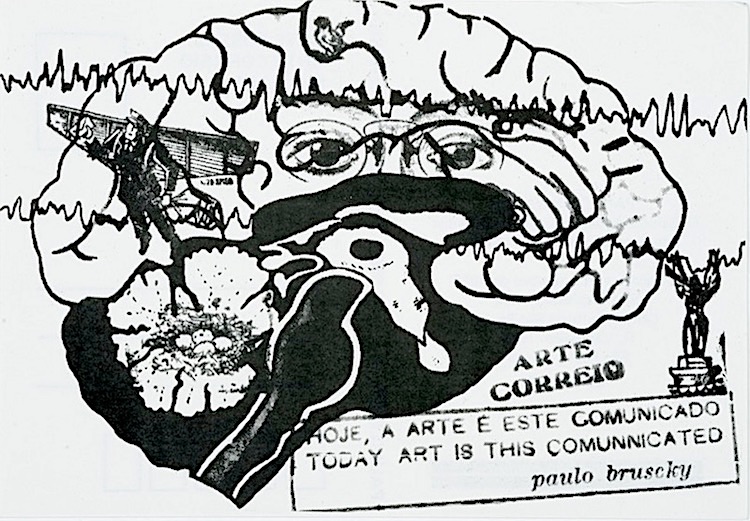 So many artists, so many stamps, such a dope scope of envelopes roping hope together: Hope of sharing art beyond one’s own burg – and beyond the sometimes restrictive bounds of the hightoned gallery scene. On and on through the international mail system, crossing borders, embossing corridors of communication with the high relief of personal creativity sent flying hither and yon.

Yawn? No, it’s rather exciting for some people (your current reporter: guilty), and if that’s also the case for you, citizen, you’ll want to Zoom in on Tuesday (April 28, 5pm) to catch Blanton curators Vanessa Davidson and Florencia Bazzano discussing mail art as a ready-made medium for artistic survival in Latin America from the 1960s to the 1970s, and for radical experimentation continuing into the 1990s.

“Artistic survival,” is it?
And “radical experimentation,” as well?

Those are two things that aren’t far from our current zeitgeist, we’ll suggest: Not too damned far at all. Reckon it’s a perfect time to learn of the precedents set by our mail-art friends from south of the border and back in the day.

And, after that? Well, there's always more arts events in this town, aren't there? Link says yes.