Come Sail Away With Amanda Ward's The Jetsetters

Local author asks, "Won't you let me take you on a sea cruise?"

"In the morning, Charlotte went to mass. When she knelt after communion, during the time she felt she had the most direct and clear line to God, she prayed, Dear God, please let me win a Mediterranean sea cruise."
For some people, going on a cruise is just that important. And Amanda Eyre Ward gets it. Really gets it.

In an article she wrote for Texas Monthly in February, the Austin writer recalls a night in 2016 when she was leafing through a travel magazine and came across an ad for a Mediterranean cruise, which absolutely mesmerized her. As she stared at it, an inner voice "screamed" at her that, instead of sitting in her kitchen in a bathrobe, she should be standing on the balcony of that ship, "gazing at a foreign sea!” 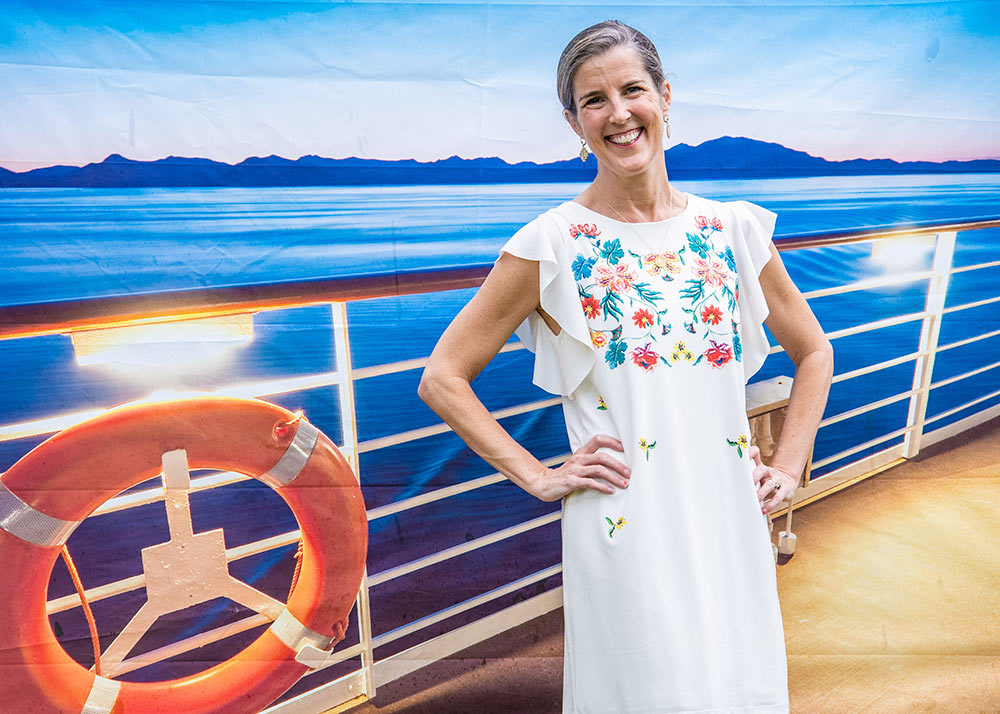 That voice unlocked Ward's imagination, and soon she was spinning the story of Charlotte, a 70-year-old widow in Savannah, Ga., desperate to reclaim some excitement and glamour in her life, the kind she hasn't felt since she visited Europe at the age of 16 and had a brief affair with a renowned artist – he bears a striking resemblance to Pablo Picasso – while he was painting her. The "Become a Jetsetter" contest that Charlotte sees on cable TV dangles just such a promise of that past excitement – a first-class flight to Athens, followed by a nine-day cruise to Barcelona – so she enters.

It may not surprise you to learn that a) Charlotte wins and goes on a cruise, and b) Ward subsequently felt the need to go on a cruise herself, so as to describe the experience accurately. It may, however, surprise you to learn that she had one hella good time aboard the Carnival Vista, sailing from – you guessed it – Athens to Barcelona. Relaxing, reading, eating, having fun with her two sons, and just generally letting go in ways that she doesn't in her daily life, gave Ward, to crib from the title of her TM feature, "true joy."

The author's upbeat experience is not necessarily reflected in the experiences and attitudes of her characters. Hoping to reunite with her own somewhat alienated offspring, Charlotte drags her three adult children onto the Splendido Marveloso with her, but they're all going through their own changes – Lee is struggling with her acting career, Regan is struggling in her marriage, and Cord is struggling with sobriety – so a cruise with Mom doesn't exactly pour oil on their troubled waters. But readers of The Jetsetters can see that the cruise is exactly where they all need to be, and Ward manages to make it where we want to be, too – in spite of recent news regarding the cruise industry. Reese Witherspoon clearly agrees, as The Jetsetters was a Reese's Book Club selection earlier this year.

We were eager to learn more about Amanda Eyre Ward's approach to writing The Jetsetters, as well as her conversion to cruise ship fandom. So we did the socially responsible thing and conversed while social distancing – by email.

Austin Chronicle: I was fascinated by your Texas Monthly piece about how much you enjoyed cruising. You were clearly gung-ho about trying it for the first time, but had you had any friends try to warn you off because they'd had bad cruise experiences? Was there anything about the theme park/Vegas aspects of it that gave you any trepidation beforehand, or were you just all in from the beginning? 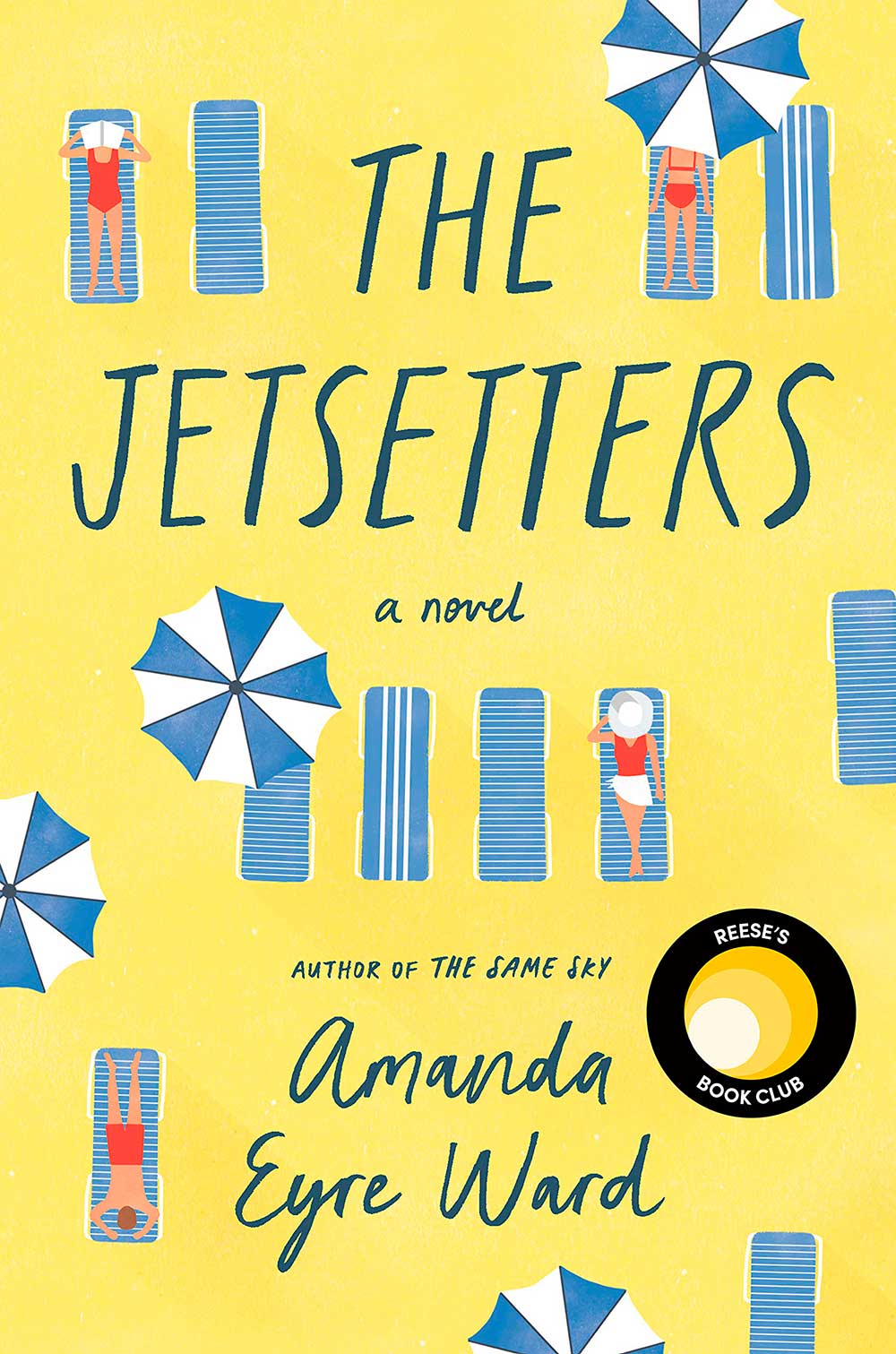 Amanda Eyre Ward: My own husband is dead set against ever going on a cruise. ("I'd rather be shot," were his exact words.) It's true that cruises are problematic in myriad ways, but for me, it was a chance to have fun. That sounds simple, but after a chaotic childhood, I knew very well how to work harder than anyone and try to control every outcome, but "fun" was something I didn't really understand. (Also, coming from New England, the Vegas-style insanity was so against everything I was taught to snobbishly enjoy that it was the thrill of a lifetime to go for it – to eat greasy burgers with a frozen strawberry drink, to ride the waterslides, to chat for absolutely no reason to complete strangers I'd never see again ... not to mention the surreal dessert station!)

Also, I think a lot of the disdain for cruising comes from people who can afford other options. Many people would love to hop on a jet to a snazzy resort on Santorini, but what they can swing is a three-day Carnival cruise from Galveston. Seeing families connect and dance and play giant Jenga and head out on scavenger hunts is pretty magical no matter how you slice it.

And my kids and I won a scavenger hunt! Perhaps my greatest triumph. We got a "Solid Gold Piece of Ship" statue that I have on my desk.

AC: Since you already done a substantial amount of work on the novel before your first cruise, did you spend any time imagining your characters in the environment while you were cruising? Did you pick out a Charlotte on board and make note of what she chose to do on board or how she reacted to things? Or did you ever imagine yourself as Charlotte and try to think about what she'd be doing? (Or Lee? Or Cord? Or Regan?)

AEW: I already had the outline of the book and the characters pretty well developed when I boarded my first cruise ship, the gargantuan Carnival Vista, in Athens, Greece. What I didn't know was what a cruise ship looked like or if there really was a 24-hour frozen yogurt stand. (Yes.) I went on a "Behind the Scenes" tour of the ship, appended all the captain's Q&A sessions, attempted to see crew quarters and failed, and took a million pictures of the carpet, the furnishings, etc. My son said that if someone saw the photos on my phone, they would think I was insane. 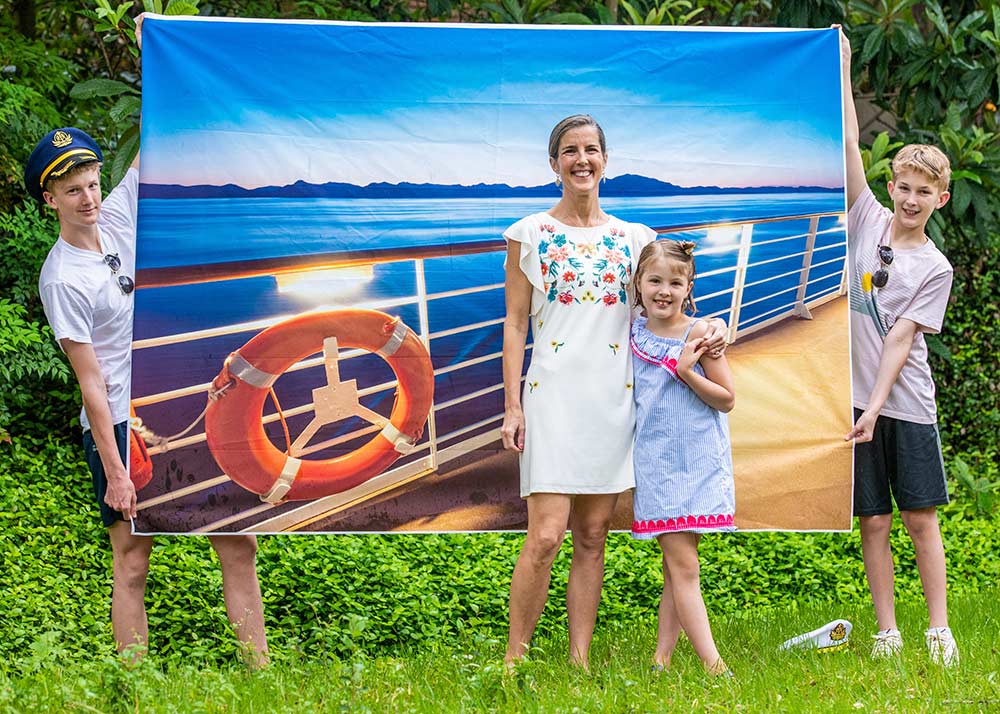 AC: A lot of people experience transformative events while on vacations – they're out of their normal environments, far from home and routine, and able to see where their lives are stuck and possibilities for new ways to live. Was there something important about that happening for Charlotte and her children on a cruise, as opposed to just at a beach or a ski lodge or in a foreign city like Paris or Rome?

AEW: Yes, absolutely. On most vacations, you can get away from your family, even if just for a walk to the Trevi Fountain or by staring at your phone and escaping mentally for a bit. On a cruise ship, there is no escape. You have a reserved dinner table together every night. You go on tours together. The data packages are so expensive that many people have no wifi and leave their phones in their rooms – which is kind of amazing nowadays. So for the Perkins family to be forced to drop their prescribed roles and be vulnerable and finally connect (maybe for the first time), I had to trap them together with no way out.

AC: Was there anything in the story of the novel that you changed as a result of actually going on a cruise?

AEW: Originally, half of the book was going to be Charlotte's life story: her disastrous affair with Picasso in her teen years (he was named originally), her life as a diplomat's daughter, her marriage to Winston. The cruise itself was so vibrant and full of life that I ended up abandoning the historical portion of the novel and focusing on the present day. Now, we're talking about expanding the book into a TV series, and it seems as if all the pages about Charlotte in her younger years might be useful after all!

AC: Do you see any of those characters ever setting foot on a cruise ship after the end of the novel?

AEW: Absolutely! I'm already working on my next book, The Lifeguards, about a crew of Austin mothers whose sons are lifeguards at Barton Springs. But I'd love to revisit the Perkins family again. The other day a title opposed into my head: Giovanni in Hawaii. Maybe Gio [Cord's romantic partner] falls for someone in Hawaii, and the Perkins family bands together to reunite Cord and Giovanni or something. Maybe on a cruise. Who knows? 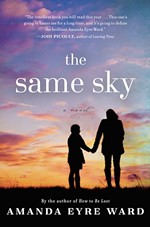