On this day, when music marketplace Bandcamp defers its own (already small) cut of represented artists’ sales, to add support in this coronavirus time – so get in there and buy some audio brilliance while it makes the most difference, yo – the Austin-based Invoke quartet, totally unrelated, presents a virtual concert for free for one and all. 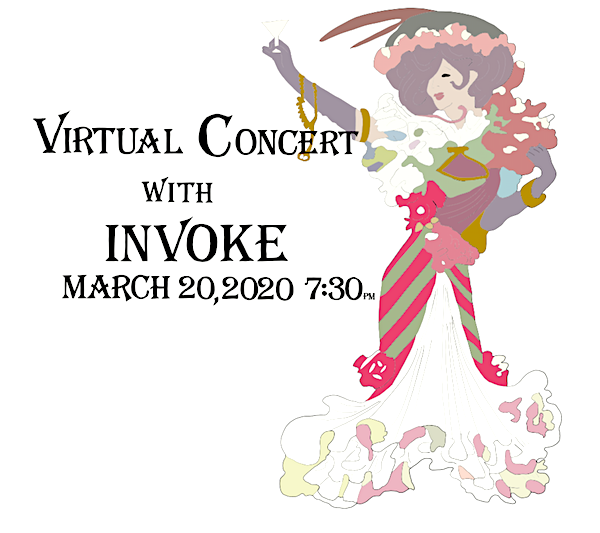 Invoke, did we say? Who the fuck?

From their website: Described by one pretty important radio guy as "not classical … but not not classical" (David Srebnik, SiriusXM classical producer), Invoke continues to successfully dodge even the most valiant attempts at genre classification. The multi-instrumental band’s other not-nots encompass traditions from across America – including bluegrass, Appalachian fiddle tunes, jazz, and minimalism.

You know the foursome was a recent "Best of Austin" critics’ pick, too, right?

So, we reckon this sort of loveliness might be right up your favorite earhole’s alley. Which is why we’re glad to tell you these Invokers are playing a live, virtual concert via Twitch, today (Fri., March 20), from 7:30-9pm. Get set to catch it through this link right here.

(Bonus: For those who don’t prefer to keep sober, the show’s setlist here also features two cocktail recipes that you can can make and imbibe for total audiogustatory resonance while the talented boys – Nick Montopoli, Zachariah Matteson, Karl Mitze, and Geoff Manyin – string your heart toward quarantined happiness.)

And know that you'll be able to find more locally produced virtual events like this – classical music, comedy, theatre, visual art exhibits, etc – gathered right here in The Austin Chronicle, steadily updated, occasionally enhanced with reviews and interviews, and ready to help get you through your #flattenthecurve day. It'll start a little slow, at first, and then we'll likely be flooded with local-but-internetted options for your entertainment and edification.

Drinking, Writing, Staying Sober
You can’t do all three at once, no, but check this out