Remembering the artist, critic, and man of the theatre

On March 14, Central Texas theatre lost one of its most ardent and active players, a man who did so much for so long on so many fronts – actor, director, designer, writer, critic – that he seemed to need it to breathe. Theatre was oxygen to Frank Benge up to his last breath, which he took at 11:37am on Saturday. He was 67. 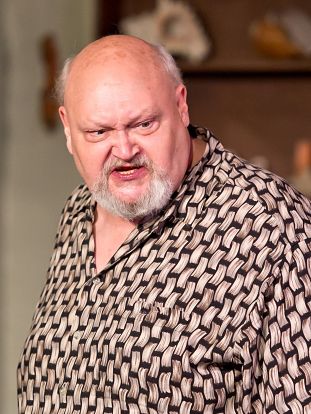 Frank Benge in Death and the Maiden (Photo by Henry Huey)

A quick look at Benge's background shows he was born for the stage. A native of Topeka, Kan., Benge was so captivated by theatre growing that he chose to major in it at Washburn University. Around the same time in the Seventies, he toured with the wholly-positive wholesome singing group Up With People. By 1982, he was in Austin and involved in theatre here and soon helped found the city's first LGBTQ comedy troupe, the less-than-wholesome Sons and Daughters of Fred & Ethyl.

After that group ran its course, he moved to San Antonio, where he was involved in the drag scene for a time. But when Benge returned to Austin in the Nineties, he made theatre here his life. He worked whatever day jobs he had to, but his his real work was on the stage. At Round Rock's Sam Bass Community Theatre, he found a creative home, and for the next 20 years he worked there, primarily as actor and director, on a wealth of shows.

There was no kind of material Benge wouldn't take on. At Sam Bass, he played Claudius in Hamlet and Andrew Makepeace Ladd III in Love Letters, the menacing Roberto in Death and the Maiden and the comical Didi in Waiting for Godot, contemporary drama (The Last Days of Judas Iscariot) and old-fashioned melodrama (The Drunkard). And his directing credits there ran the gamut: The Chalk Garden, All in the Timing, The Women, Cat on a Hot Tin Roof, Harold and Maude, Chicago, and Auntie Mame, among others. His most epic production there was The Tempest Project, in which he adapted Shakespeare's romance to a steampunk world and staged it on two tons of sand. 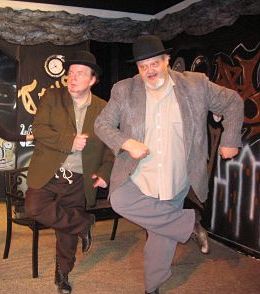 Craig Kanne (l) and Frank Benge in Waiting for Godot (Photo by Veronica Prior)
But he remained active in Austin, too, and on an equally broad range of projects: performing with Different Stages on Fuddy Meers, An Ideal Husband, Pericles, and The Goat, or Who Is Sylvia?; Rubber Repertory on Holes Before Bedtime; Paradox Players on The Best Man; paper chairs on The Suicide; and Georgetown Palace on A Tuna Christmas; and directing The Beauty Queen of Leenane for Renaissance Austin, The Brothers Merlin for Loaded Gun Theory, and Moan Them Blues for Robert King Jr. Productions.

Benge had one role he considered a favorite: Sheridan Whiteside, the imperious, intellectual, barb-slinging wit in Kaufman & Hart's comedy The Man Who Came to Dinner. Like Whiteside, Benge had no shortage of strong opinions and also being sharp, quick-witted, and not one to suffer fools gladly, he was able to render his judgments in hilariously cutting quips. So when he turned to theatre criticism in 2014, writing for the online site Broadway World Austin, one might have easily expected Benge to follow the Dorothy Parker route and write his reviews with a poison pen. But he proved to be very supportive as a critic, generous and effusive with praise when he liked shows (which was more often than not). When Benge did have issues with a show, he invariably started with the script, which he would analyze with the eye of a director, setting out why it did and did not work or what made it difficult to play or stage. He could take apart a production that way from every angle, but even in doing that, he always chose to praise as much of a show as he could, especially the performances. As an actor himself, he understood intimately what one brings to the production, and he clearly enjoyed recognizing engaging work. He was as involved as a critic as he had been as an artist, seeing as much work as he could, frequently writing multiple reviews in a week, and honoring outstanding work as a member of the Austin Critics Table. 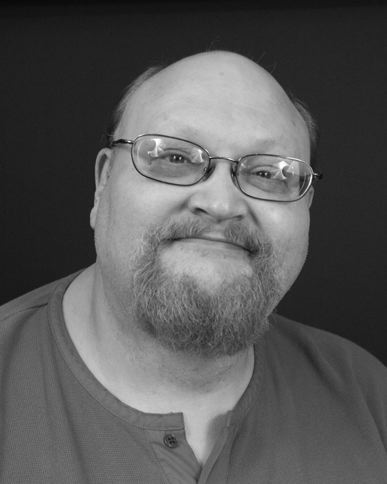 Benge faced a number of serious health problems over the last few years, but he continued reviewing until last year when he was in hospitals more than he was out of them. After logging close to 200 reviews in just over five years, he filed his final review in May 2019. And he went out with a bang, with a review of the national tour of Hamilton. He recognized the musical as history-making, and he was able to close his critical career by adding his comments about it to the historical record. How fitting.

Benge had no relatives that survive him, but he has a very large family of friends he made in that place he loved so dearly, the theatre. To say he will be missed is an understatement. A memorial event is not possible at present, given the state of the world, but one will be forthcoming when times permit it. 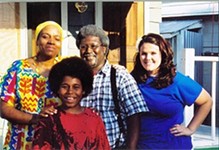 This Is Who We Are #8: Performance Encounters' Home Entertainment 2009
A daily affirmation of Austin’s creativity from the Chronicle archive