Get ready for Buress, Davidson, National Lampoon, and more

Have you had a nagging thought that something was missing from SXSW 2020? Yeah, laughs! Well, no more. SXSW has announced this year's Comedy Festival participants and shows, and they include Judd Apatow, Bob Odenkirk, Pete Davidson, Hannibal Buress, and The National Lampoon Radio Hour. 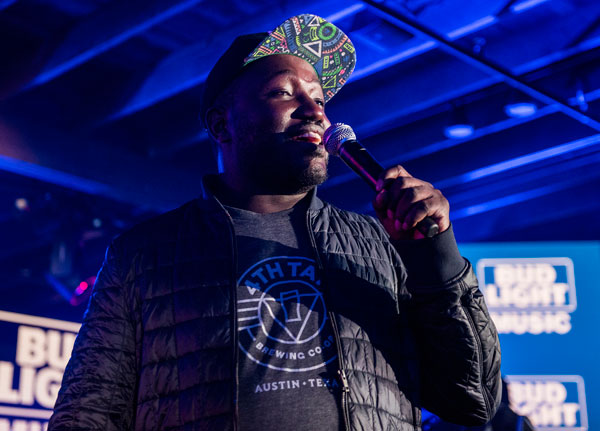 Now, those are far from the only mirth-makers heading to Austin March 13-21. There are 50 more, and they'll be bringing you a wealth of stand-up showcases, performances, and live podcast recordings. Want more highlights? How about:

• The King of Staten Island Revue, in which Pete Davidson, Bill Burr, and other comics join together for an evening of stand-up hosted by Judd Apatow, all to benefit the Friends of Firefighters foundation;

• National Lampoon Radio Hour: The Podcast, a venture to continue the tradition of the original groundbreaking Radio Hour (which featured John Belushi, Gilda Radner, Bill Murray, Christopher Guest, Michael O'Donaghue, and others in the years before SNL debuted) with a new cast of irreverent writers and comedians, all part of a 50th anniversary celebration of NatLamp;

• Hannibal Buress, returning with a performance of My Name Is Hannibal, a live update of his breakthrough 2010 album of that name, and a sneak peek of his new stand-up special Miami Nights;

• SXSW MVP James Adomian, following last year's presentation of a lecture by Elon Musk with even more pop culture figures in a live taping of his wild podcast The Underculture, which features unlikely pairings of celebrities and historical figures in coversation (e.g., Sylvester Stallone with Sir Ian McKellen, Michael Bloomberg and Fiorello LaGuardia);

• The Last Laugh from The Daily Beast, featuring a one-on-one with Full Frontal's Samantha Bee;

• Adult Swim's Three Busy Debras, a new series from creators/stars Sandy Honig, Mitra Jourhari, and Alyssa Stonoha, who will not only preview the show but also take part in a comedy showcase with Joel Kim Booster and Patti Harrison;

• Riffs and Riff Raff With Nick Thune & Friends with Thune and a variety of musically inclined comics.

And don’t forget the podcasts! In addition to SXSW faves such as Matt Besser’s improv4humans and Doug Benson’s Doug Loves Movies, you can look forward to:

SXSW Comedy is open to anybody in possession of a SXSW badge or wristband. For full details and lineups, go to www.sxsw.com/comedy.

Keep up with all our SXSW coverage at austinchronicle.com/sxsw.