Review: Come From Away

One of the first things you notice when the lights go up on Come From Away is that the cast has people of all different sizes, shapes, and ages. Most Broadway musical casts are full of lithe young singer-dancers, with a few character actors thrown in for variety. But here it’s mostly character actors, meaning everyone onstage looks, well, ordinary.

It’s fitting for a story about how a community of ordinary men and women rose to the occasion of greatness in very simple ways. 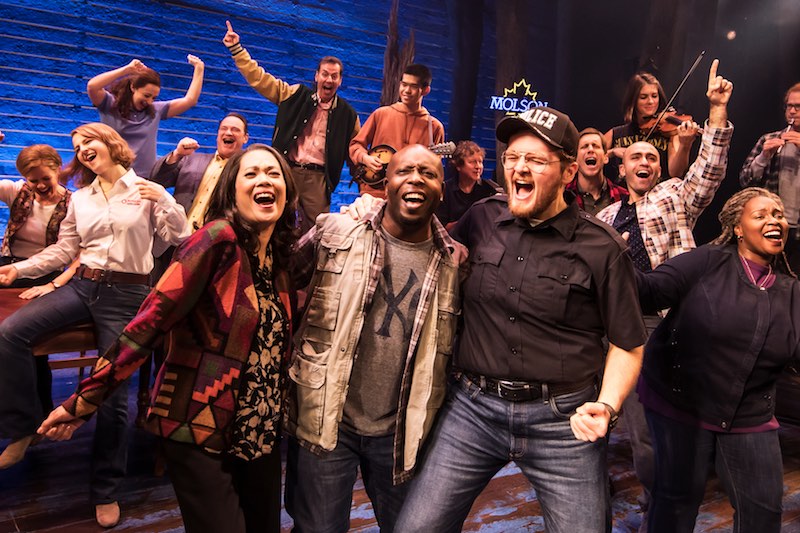 Come From Away (book, music, and lyrics by Irene Sankoff and David Hein) takes place during the week of September 11, 2001. On the morning when every plane in North America was grounded and the airspace across the U.S. was closed, lives were upended. One story that has emerged from that week is how Gander, Newfoundland (pop. 9,000) and its tiny airport became host to 38 airplanes and 7,000 strangers from around the world. The people of Gander opened their schools, churches, homes, and public spaces to the stranded passengers.

Not that everything was perfect. Some passengers are cranky, selfish, or racist. Tempers stretch and break. Passenger Ali (Nick Duckart) bears the brunt of the travelers’ and community’s newfound fears. Some relationships that seem solid when the planes land don’t survive until their flights again, five days later.

But then many other relationships form. Sure, there’s the adorable romantic liaison between a divorcee from Texas and an awkward English businessman. There are also lasting friendships that form and lives changed when everyone who unexpectedly found themselves in Gander for the week were forced out of their regular lives. Gander resident Beulah (Julie Johnson) goes out of her way to care for Hannah (Danielle K. Thomas), who is frantic with worry for her son, a New York City firefighter. Bob (James Earl Jones II) finds himself staying with the mayor of a nearby town (Kevin Carolan) and actually enjoying it pretty well. 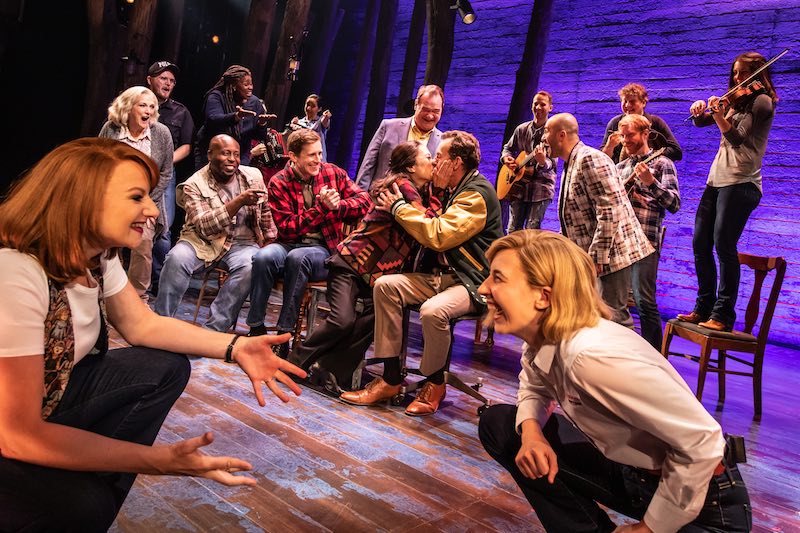 If Come From Away had been a show that only looked at the acts of kindness with none of the grief or petty prejudices of the human beings involved, it would have been a saccharine, disappointing musical. It’s the mixed bag, the story of generosity that doesn’t look away from the terrible events of the week or the ways that people don’t always act rightly, that makes this production so damned amazing.

It’s getting to be a cliché to remark on how divided Americans are these days. Well, we are. And oh, what a beautiful thing to spend an evening with a story that disregards much (but not all) of that conflict and focuses instead on ordinary people helping one another out. 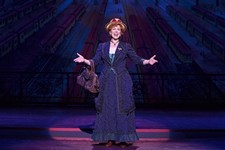 Broadway in Austin, Texas Performing Arts, Come From Away