Getting Restless Hearts on Their Feet

Just before teaching company class at the Royal Danish Ballet, Boos was unexpectedly asked to do something that would require him to know Balanchine works in a way he never had before. 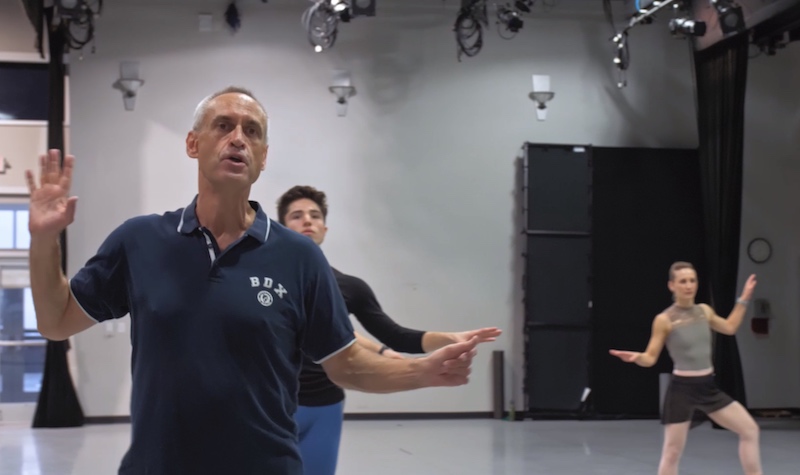 “A telegram came asking me to travel to St. Petersburg to do some crisis management on [some George Balanchine] ballets that had been illegally performed in Russia,” Boos says. He had to cast, teach, and rehearse Balanchine ballets in the way the Father of American Ballet would have. He also had to oversee music, costumes, and lighting, things he hadn’t had to worry about as a professional dancer.

Choreographed works are tricky to protect and preserve because they involve a lot of steps and movements, which can be easily forgotten or not properly conveyed. It has to be the right step, the right movement, and the right count, at the right musical instance and at a specific place on stage.

While they’re doing all of that, dancers also have to tell a story (or not) and communicate emotion (or not) with their facial expressions. They also have to consider the other dancers onstage with them and/or their dance partners.

Stagers, also known as répétiteurs, have to know all of that information for every dancer in a work. They are the guardians of choreography, teaching it to others in order to keep those works of art alive. It’s thanks to them that countless dance works – by Balanchine and other choreographers – have survived and persisted, and can be shared with dancers and audiences all over the world. It’s also how today’s high-demand choreographers can allow their works to be performed by other companies whenever they’re personally unavailable to stage them.

This is how Ballet Austin got to work with stagers Paul Boos and Jason Fowler. To celebrate Valentine’s Day, Ballet Austin is presenting Restless Hearts, a production that features romantic pieces by two of the world’s most accomplished choreographers: George Balanchine and Tony Award winner Christopher Wheeldon. With a live accompaniment by the Austin Symphony Orchestra, the ballet company will perform Wheeldon’s Ghosts and Balanchine’s Rubies.

To successfully stage a ballet, Fowler says “it’s a matter of video, it’s notation, and it’s dancing out the ballet.”

“I notate all the movements within a system of counts,” Fowler says. “You have to write all the details of each step: where the dancers are coming onstage, who they’re dancing with, and at what time they’re doing these things.”

Fowler, a longtime friend of Wheeldon’s, became a full-time stager of his work in 2010 after dancing for 15 years in the New York City Ballet. “There’s a responsibility to relay his work,” says Fowler,who's one of Wheeldon’s two stagers. “You’re there to be his eyes and be as much of him as you can be for the dancers.”

Ballet Austin is only the third ballet company to do Ghosts. Wheeldon created the piece for the San Francisco Ballet in 2010, and Fowler staged it for the Nashville Ballet in 2018. Ghosts features dancers clad in cool colors and shades of gray, engaging in soft waves of movement as they tell the story of a sinking ship.

Boos danced extensively under Balanchine while attending the School of American Ballet and in his 13 years at the New York City Ballet after joining in 1977. He first worked with Ballet Austin in 2014 when he staged Balanchine’s Agon. This time he has staged Rubies, the blazing segment of Balanchine’s iconic Jewels. 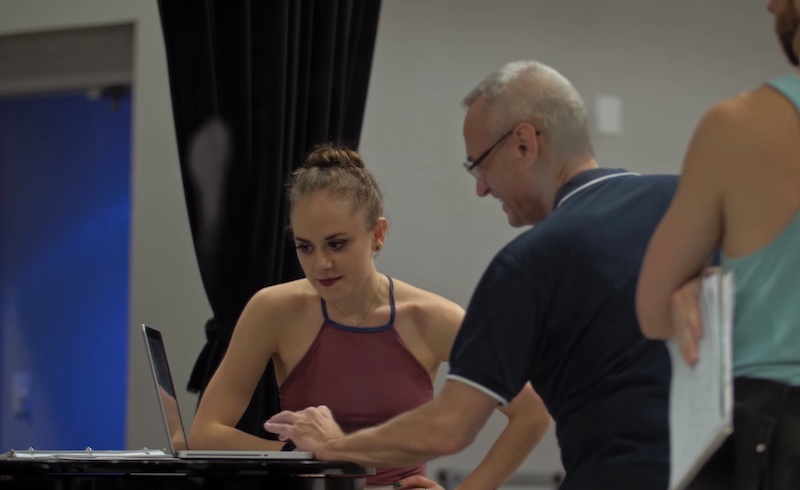 “Rubies for the men was one of the most coveted roles,” Boos says. “I was chosen by Balanchine to dance it while the company was on tour in Europe. It was an honor then to dance it, and more so now to stage it.”

It’s fast, it’s busy, it’s seductive and very exciting. The dancers wear bright red costumes, adorned with what look like rubies. The work features the symphonic music of Igor Stravinsky, and according to Boos, it can be really daunting and intimidating for dancers as it requires a great deal of concentration.

“When using recorded music in rehearsals, I insist that the dancers listen to specific instruments to embody those sounds,” Boos says. “It helps to put sounds to counts. There’s beauty and art in mathematics.”

During their first visit to Ballet Austin for Restless Hearts, both Fowler and Boos watched the company take class before choosing the dancers for their respective ballets. Fowler quickly cast his and started rehearsing the next hour, while Boos experimented with the lead couple in Rubies, trying out eight different dancers for 3-4 days before casting.

“There are other considerations as well,” Boos says. “The hierarchy of a company, which dancers are featured in other ballets on the same program, injuries. That is all information I welcome from the company ballet masters and directors.”

Both stagers came back to Austin days prior to opening night.

“It’s necessary to oversee the orchestra rehearsals, lighting, and costumes,” Boos says. “I’ll be in Austin the entire production week paying close attention to all these details, empowering the dancers.” With this last visit, the stagers don’t have to worry about teaching the choreography to the dancers. “Now that it’s in the dancers’ bodies, I can let that grow. We can make it grow,” Fowler says. “We can bring up the diversity in the steps and give a life to it and give them that story.”

Based in Dallas, Fowler had heard about Ballet Austin but hadn’t had the opportunity to see them dance or work with them, an experience he described as a “joy” and “a pleasure.”

“I had the chance to give them their first Wheeldon piece,” Fowler says. “It’s a hard thing to come by these days, so I think that it’s a nice gift to offer them.”

As for working with the company, Fowler says, “The dancers have been great. I’ve only great things to say – lovely. I think they worked really hard for me, which is nice.”

Boos says that dancers everywhere love to dance Balanchine ballets, and Ballet Austin is no exception. After working with the company on Rubies, Boos feels “further admiration of the effect Balanchine has on today’s dancers.”