Is FronteraFest Even Half Human?

Ah, the Brothers Torres, Vincent X. and Eric, better known by their industry name of Half-Human: They’ve got nothing and everything to do with this year’s slate of FronteraFest Long Fringe shows. 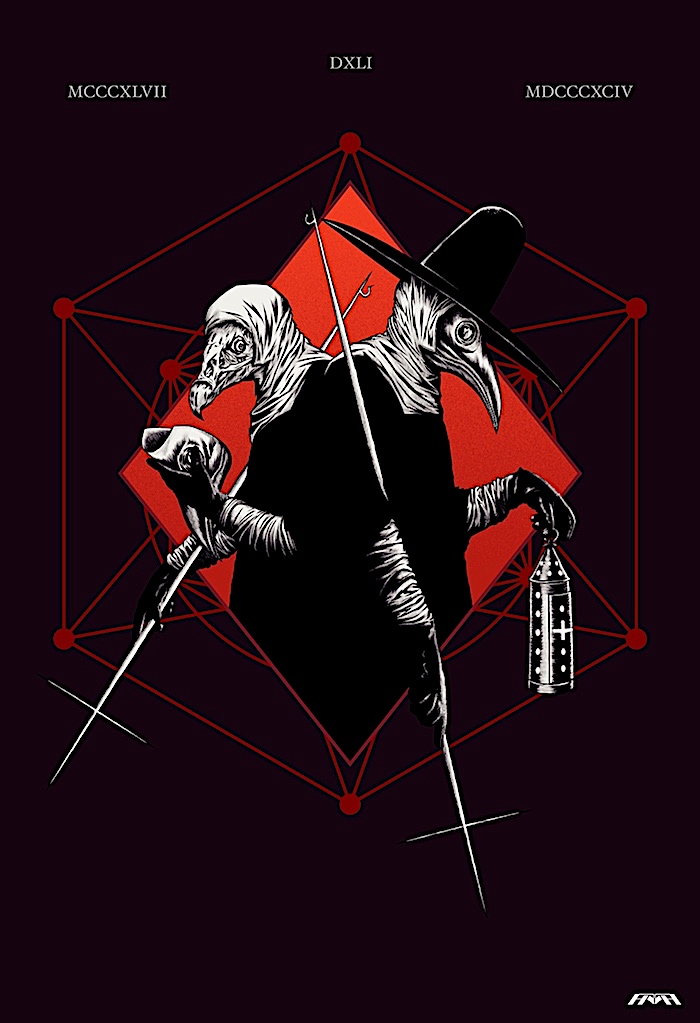 But, simultaneously, Half-Human has everything to do with those shows. Because there’s an exhibition of the duo’s fantastic artwork – framed, limited-edition prints of all manner of pop and arcane phantasmagoria – displayed on the walls of the lobby in the venue where all this year’s Long Fringe shows are presented: Ground Floor Theatre.

So it doesn’t matter if your FronteraFest plans this year involve going there to see Sandy Maranto’s quirky family comedy They Serve Brisket In Paradise, or Charles Stites’ one-man take on Jack London’s Star Rover that he’s calling Straitjacket: Variations on a Theme of Horror, or any of the Long Fringe’s other offerings.

It doesn’t matter, we say. Because, regardless of your intent, until the exhibition comes down on Sunday, Feb. 2, you’re going to wind up getting a happy eyeful of the odd wonders those Half-Human brothers Vince and Eric Torres have created.

“For this show, my brother and I chose 15 pieces that would look really good together on the wall,” Vince tells us. “Depending on which of us had more to do with the piece, the styles may look a little different from print to print – because our styles are different – but one thing that we’ve strived for over the years is to meet each other halfway in our styles. So, combined together, we now have this sort of third style that’s our style.”

(Eric’s a graphic designer, too, btw; and Vince, among other adventures, runs the popcult powerhouse of graphic goodness called Guzu Gallery that’s nextdoor to Austin Books & Comics. That’s just a little extra knowledge for you, akin to the full-disclosure knowledge that your humble reporter here – howdy! – also happens to help curate the GFT lobby wallspace.)

So, yes, the fully human endeavors of theatrical expression in FronteraFest’s Long Fringe are visually abetted, this year, by something that’s only Half-Human. And once you’ve feasted your peepers there, citizen, tell you what: You might want to redefine that word “only.”