Thirty-two more comics plus new podcasts added to the lineup

Have you been sitting around thinking, "Hey, I wonder when we're going to hear some more names of funny folk who will be attending the 2020 Moontower Comedy & Oddity Festival?" Well, friend, that would be today. The laff riot that caps off April has just announced more than 30 comics who are inked for Moontower 9, along with a slew of new podcasts. 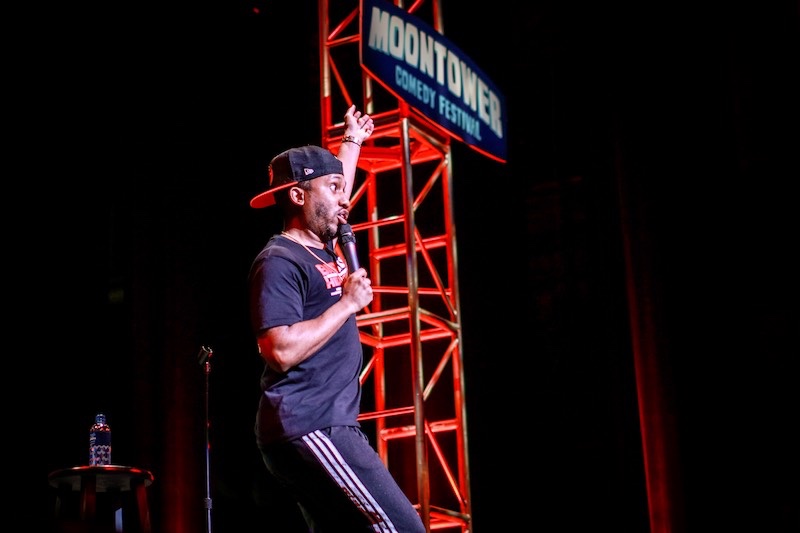 And in what I believe is a first for Moontower, comic Tom Segura will be doing a stand-up set entirely in Spanish. (That will be at Cap City Comedy Club.)

You want live podcasts? Moontower has them in droves. Be ready to tune in to Kill Tony with Tony Hinchcliffe and Brian Redban; Relatively Sane with Jessica Kirson; The 500 with Josh Adam Meyers; SiriusXM’s The Bonfire with Dan Soder and Big Jay Oakerson; Tuesdays with Stories with Joe List and Mark Normand; Vadge with Adrienne Iapalucci and Sarah Tollemache; You Know What Dude with Robert Kelly; and Dumb People Town with the Sklar Brothers and Dan Van Kirk.

Even more performers will be added to the Moontower 2020 lineup in the coming weeks, building on this group and November's announcement of headliners Middleditch & Schwartz, Nikki Glaser, Andrew Schulz, Randy Feltface, Roy Wood Jr., and Dan Soder, plus two dozen other acts. Just know that you don't have to wait until the full list is out to get your tickets. Badges on all levels – Star, Nexus, Warrior, and Satellite – are available for purchase right now. For details, visit moontowercomedyfest.com or call 512/474-1221. Festival dates are April 22-25.