There’s a comedy show in town this Thursday night.

There's a comedy show, and it’s called Worded Funny, and it’s got The Onion's founder Scott Dikkers as headliner. 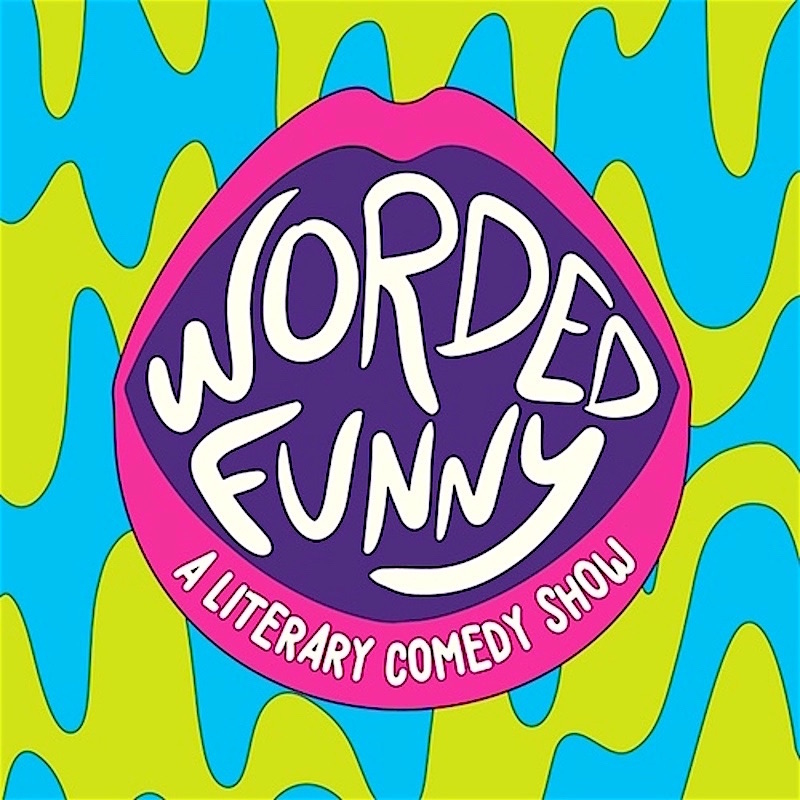 Worded Funny is not an array of stand-up performances. It’s not a night of sketch or improv or short videos. It’s a showcase of written comedy, read by its authors, and it’s been vetted by the likes of McSweeney’s and The New Yorker and Reductress.

When we say “vetted by,” we mean that these authors and the pieces they’ll be presenting were published by those name-brand venues of online humor and reportage.

We mean, some of this funny stuff has long gone what they like to call viral, delighting huge comedy-craving swaths of the internet, and now here it comes, performed live in Austin, at the Fallout Theatre on Thursday, Jan. 16, at 8pm.

This show is happening because of a writers’ group called WHERE’S THE FUCKIN' TRAIN!?

And we’ll get back to why the group is called that, oh yes, but first: Who are these people and what are they doing with the Onion’s renowned Dikkers?

“We have a short-humor writing group,” says Erica Lies, whose writing has appeared in Vulture, The New York Times, and McSweeney’s Internet Tendency. “It’s Alex Baia, Shruti Saran, and me. And we wanted to grow the local scene and get more people interested in doing it. And all of us have been writing humor and getting published, so we thought this would be a good way to raise awareness of that, and to give people a showcase.”

“Writing short humor for the internet,” says Baia, an editor at Slackjaw, “you get all these people that share it online, but there’s no live component to it. So, for me – and I think for us – it was, ‘Let’s take this thing that we love and create a live show out of it.’ Because there’s nothing like that in Austin. Well, Owen Egerton’s One Page Salon – but that’s a different sort of thing, and not just humor. And I went to a show in New York called Evening of Humorous Readings, and that was inspirational, and I was like, ‘Let’s re-create this in Austin. Let’s get writers who are really crushing it with solid prose comedy that’s being published online – let’s get them all in a room and make an incredible show.’”

Which already sounds like a good idea, doesn’t it? But not every good idea in this town of good ideas can boast Scott Dikkers as a headliner.

“Well, I’ve been running a website called Hyoom for a while,” says Baia. “It’s based on humor and comedy writing, so I do interviews with comedy writers. And I interviewed Scott Dikkers for Hyoom. And we both really enjoyed the interview, and we kind of got to talking. And we stayed in touch, and I had the idea to invite him to this show. Scott’s in a phase right now where he’s doing workshops and building stuff around teaching comedy to people – but he’s still very active in writing. And so I figured, let’s invite him and see what he says, because he was planning on doing a workshop in Austin, and I thought he might like to be our headliner.”

Which is precisely how it turned out. And so, for this first show –

“This is actually our second show,” notes Lies. “We did one back in August as a test. Because Alex and I have a sketch background, and we’ve done so many shows where, you know, sometimes people show up … and sometimes no one’s there. So we set it up the best that we could – we got Owen Egerton to headline that first one – and we were getting ready for the show on the day-of, and the Fallout box office person taking reservations says, ‘Hey, can you get some more chairs? We’re running out of seats.’ And I was like, ‘Are we sold out?’ So, we got a really good response.”

And maybe even a better response for this second show on Thursday? Although Dikkers himself will likely draw a crowd and give them much to laugh about, surely he’s not the sole –

“For this show,” says Lies, “we’ve also got Meghan Ross, who already does a monthly show, That Time of the Month, at the Fallout. She’s a host and she does stand-up, but I also knew that she writes for Reductress. And Wendi Aarons is a McSweeney’s legend, and she lives in Austin.”

“Wendi’s written some of McSweeney’s most viral pieces,” says Baia, “things that have been read hundreds of thousands, even millions, of times.”

There are other such bon vivants featured in the night’s starry lineup: filmmaker Marissa Macy, Typewriter Rodeo’s Kari Anne Holt, and of course Shruti Saran – the force behind the webseries Gym Buddies and the third of this moving-and-shaking writing triumvirate called WHERE’S THE FUCKIN' TRAIN!?

Yeah, about that name …

“Let me give you the context behind that,” says Lies. “When I lived in New York, my last summer there, it was like 95 degrees for a whole week. And the humidity there is, ah, it’s horrid. And I was waiting for the train, after an improv class, and it was in Herald Square. The air had that thick feeling where it feels like you can cut it, and it was late at night, when the trains take forever. And there was this old man there, probably in his seventies, with this shock of white hair. And every now and then, he’d lean his face down into the tunnel to look for the train, and he’d yell, ‘WHERE’S THE FUCKIN' TRAAAAIN!?’ And at first I’d thought this would irritate me, but then I realized that he was voicing my innermost monologue. And, as I told Alex and Shruti, it’s easiest for me to write a piece when I feel that way about something, about a topic.”

“When we heard that,” says Baia, “I was like, ‘Yeah, that’s the name of this group.’ I also connected with it, because, as a writer and a reader, a lot of the time you are asking where’s the fucking train? Like, what is the funny thing here? What’s the joke and where is it going?”

Reckon a lot of the joke – of the jokes, and the greater cultural observations in which they’re embedded – will be at Fallout Theatre with their creators this Thursday night.

Recommendation: Reserve yourself a seat for Worded Funny as soon as you can, Austinite.