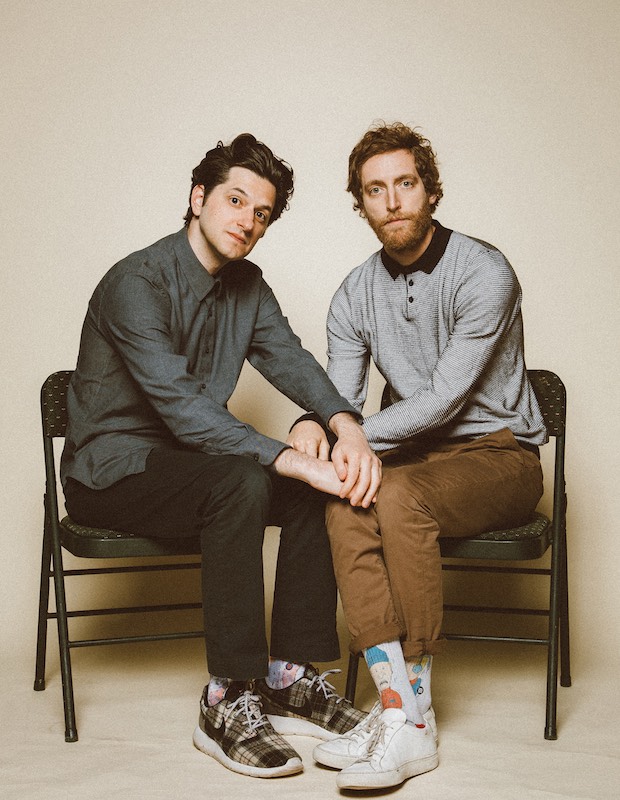 Austin comedy fans may not be able to concentrate on their turkey dinner next week. They'll be too busy dreaming about next spring's Moontower Comedy & Oddity Festival. That's because the fest has just announced the first 29 acts booked for Moontower 9, including headliners Nikki Glaser and Middleditch & Schwartz.

The 2020 festival – produced, as always, by the Paramount Theatre with sponsor Cap City Comedy Club – will take place April 22-25. Stepping off the screen and onto the stage are Thomas Middleditch (Silicon Valley, guest spots on a jillion TV series) and Ben Schwartz (Parks and Recreation, House of Lies, a bajillion cartoon series), who will join forces to improvise a two-person show – a first for Moontower, I think. A couple of the other headliners are also first-timers: Australian comic Randy Feltface and The Daily Show senior correspondent Roy Wood Jr.

Filling out the first headliner list are familiar faces. Nikki Glaser, who returns to the fest with a hit Netflix special in her bag Bangin’, and Moontower regular Dan Soder.

If those strike you as can't-miss performers, then you'll be pleased to hear that you can go ahead and purchase your badge for Moontower 2020 today. For details, visit moontowercomedyfest.com or call 512/474-1221.