Two authors mine the past for tales of queer sisterhood

The story of the CIA laboring to get Doctor Zhivago published in the late Fifties and the story of a group of queer Uruguayan women creating a sanctuary where they can escape persecution in the late Seventies – you’d be forgiven for thinking they’re not an obvious pairing.

But the number one takeaway from Saturday’s Finding Their Power: Novels of Female Community and Autonomy panel was that Carolina De Robertis’ Cantoras and Lara Prescott’s The Secrets We Kept are sisters of the best kind –– they share a set of values and ambitions and they are instantly in conversation with each other, placed in the same room. 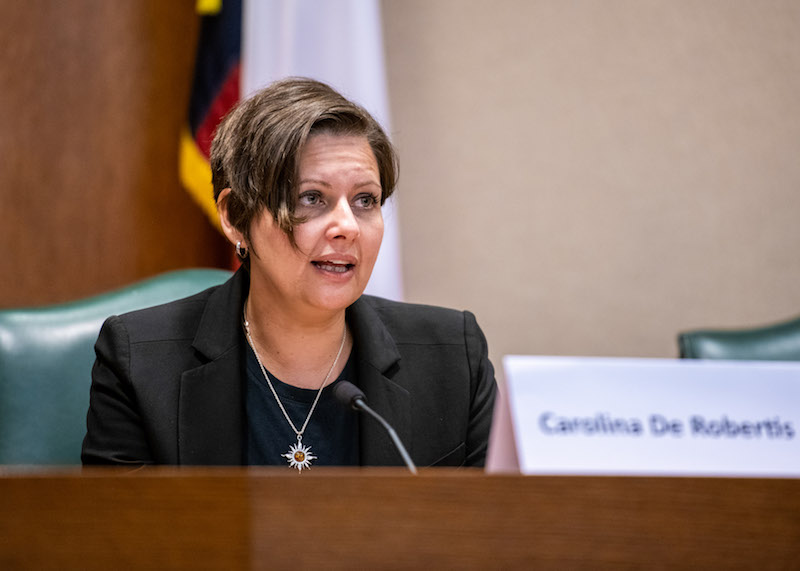 After both authors were introduced and De Robertis and Prescott each read a five-minute excerpt from their books (a segment from the first chapter and the prologue, respectively), moderator Dalia Azim (laser-focused as a listener, armed with insightful questions) began an engrossing conversation about how the threads of the two novels intertwine. As the title of the session suggested, both Cantoras and The Secrets We Kept have communities of women at their heart, and both De Robertis and Prescott indicated that sisterhoods had been at the core of their writing from day one. “The choral voice of the ‘we’ was the first thing to come to me,” Prescott said, regarding the sections of her novel narrated by the secretaries of the CIA’s typing pool. “I always knew this was going to be a collective story,” De Robertis noted when talking about the process of gathering oral stories about queer Uruguayans.

When Azim asked about what is meant to write about big political moments, De Robertis and Prescott once again seemed to have deeply shared experiences. Prescott nodded throughout as De Robertis described working on historical fiction as writing “with a double consciousness,” where you are mindful both of the details of the time you’re describing and of the current reality in which you’re living. And how do they know when to rein in the research? “I knew when I was using [research] as procrastination,” Prescott acknowledged, with a laugh. What she doesn’t use this time around, she puts “in the compost heap” of ideas, said De Robertis, and maybe it’ll become a different story down the line. 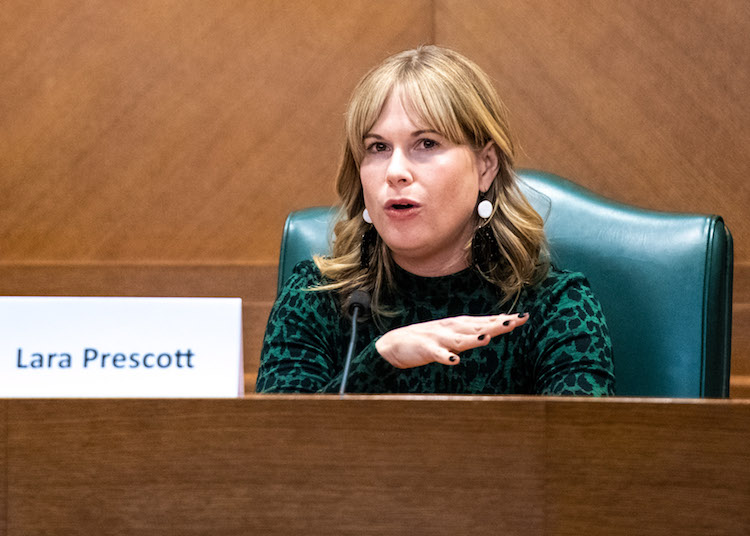 The room, full of a quietly attentive crowd, couldn’t have felt more eager to follow Prescott and De Robertis’ careers into the future. The brief audience questions segment that wrapped up the session was heartfelt and stressed the meaningfulness of seeing the stories of queer women in print – one woman described her joyful surprise at realizing there was a lesbian love story in The Secrets We Kept in the middle of reading it and thanked Prescott for it, while another brought De Robertis to tears when describing the hopefulness that Cantoras gave her. The community of their novels clearly stretched beyond the page.