The longtime sportswriter still recalls all those great games

"The rain was coming in sideways," Dave Campbell recalls of the 1956 Kyle Field battle between the Aggies and TCU that he dubs the best football game of the old Southwest Conference. "I was afraid the press box would blow away." 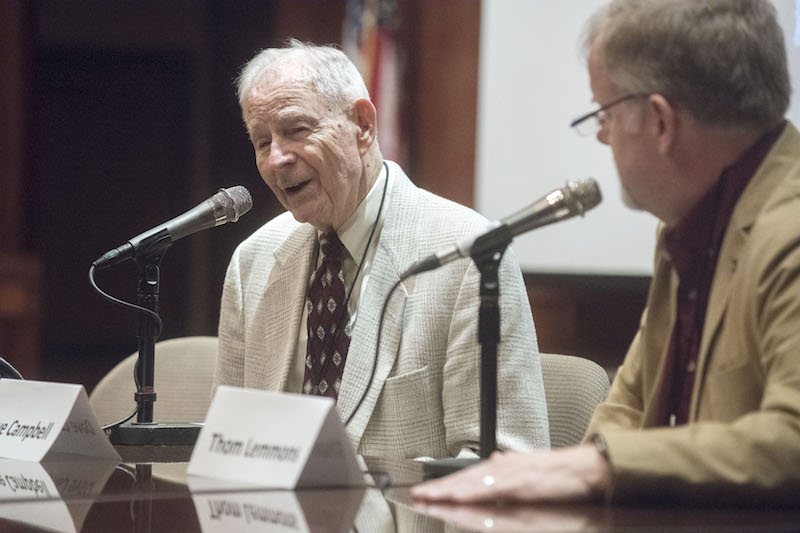 It was a ground battle between two legendary running backs: Future Heisman Trophy winner John David Crow playing both offense and defense for Texas A&M and future College Football Hall of Fame member Jim Swink (who rejected pro ball to instead become a surgeon). The Aggies hung onto win 7-6.

The longtime Waco Tribune-Herald sports editor created the annual season preview magazine Dave Campbell's Texas Football on his kitchen table in 1960, cutting and pasting the pages together by hand. "The first year, I lost $5,000," he says. "The second year, I lost $3,000. I should have stopped there, but my wife Reba wouldn't let me. She said it was getting good reviews." The next year, he struck gold with a deal to have the magazine sold in restaurants around the state. In 1985, he sold out for $1 million, but the magazine remains much as he envisioned it.

Campbell's memories remain as well: The 1969 Texas Longhorn football banquet when cancer-ridden Freddy Steinmark hobbled onstage to applause that seemed never ending. Talking Coach Grant Teaff into rejecting a USC job offer and cementing his long career at Baylor. Reba greeting Earl Campbell's mother Ann in New York City for the Heisman ceremonies and pinning a Tyler rose on her. The 1964 Cotton Bowl where Texas coaches figured out the defensive signals that Navy was sending in from the sidelines and walloped the Roger Staubach-led team 28-6.

Campbell's vote for most valuable players in Texas history? Offensively, it's quarterback James Street, who led the Texas Longhorns to the 1969 national championship. On defense, it's a tie between Longhorn Tommy Nobis and Baylor's Mike Singletary who "broke some many helmets."