Texas Book Festival 2019:
All by Myself: Loneliness in Fiction

Kristen Arnett & Kevin Huizenga weigh in on frustration and isolation

Sadly, Sarah Rose Etter had to duck out of this panel last minute, but Kristen Arnett (Mostly Dead Things) and Kevin Huizenga (The River at Night) had no problem filling the void by discussing their own voids – both as writers and authors whose characters often experience an ache of emptiness. 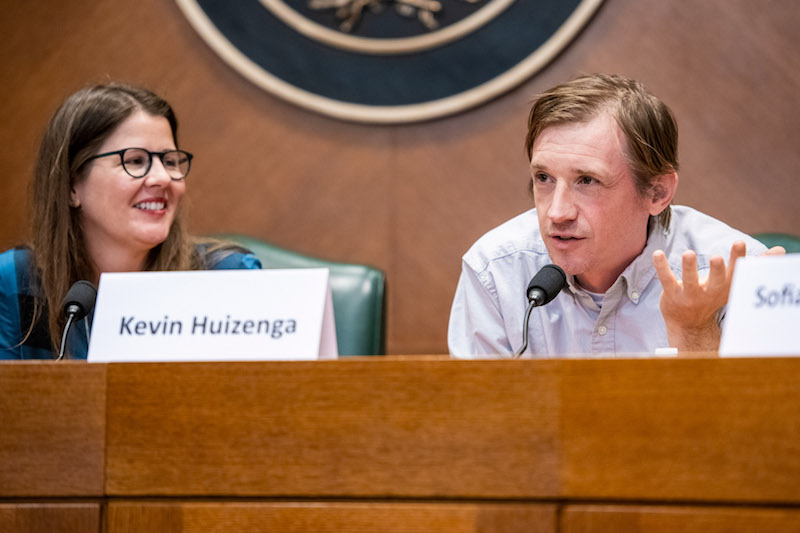 Huizenga’s just published graphic novel stars Glenn Ganges, a comic book hero who has popped up elsewhere in the artist’s work (as a scientist or as a futurist, say), yet seems to have settled on the persona of “Suburban Glenn” in this case. The River at Night is a clever way of saying stream of consciousness, Huizenga explained, which is exactly what the character Glenn delves into one annoying night, after too much caffeine, while lying sleeplessly in bed next to his wife. Poor Glenn tries it all to catch some zzz’s: relaxation techniques, a soporific philosophy college textbook, the unfathomable calculation of geologic time. Finally, he settles on a two-minute mental exercise for better productivity. 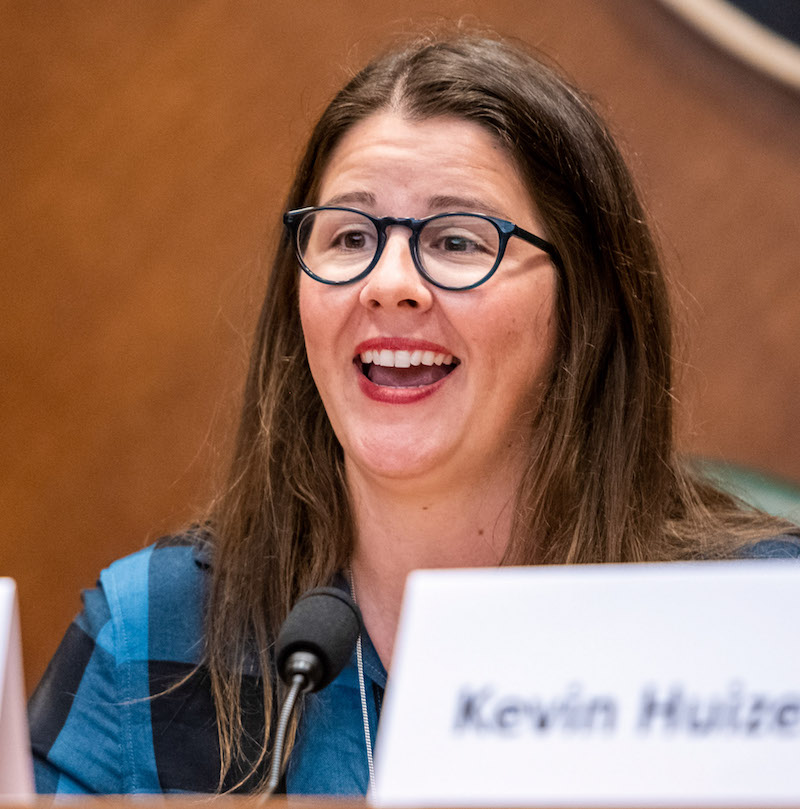 Arnett’s novel follows a young woman in Florida who has recently lost her father. Her family reels in grief, each member in their own specific way. Her mother, for instance, who must now run their taxidermy business all on her own, takes to arranging stuffed animals in pornographic positions in the shop window. Arnett’s novel celebrates the queer, kooky, and complicated: “I wanted to explore the trajectory of grief in a family, how something so deeply personal affects different members in different ways.” Arnett, who is also a librarian, said she is constantly looking for the question under the question. “People come to me for help and I have to figure out what they’re really asking for,” she asserted. "People don’t know what they’re looking for,” she said. “Nobody can ever know a person.” Arnett apologized for the dark turn in the panel discussion and quickly thanked the audience for coming out on such a perfect, sunny fall day to the festival.

Moderator Sofia Sokolove asked the two authors if the act of completing a book is lonely. Huizenga explained that writing itself is lonely, though the feeling is oddly addictive. Arnett concurred, and went a step further by saying that being human is very isolating, since no one can ever be inside your brain. As for finishing the task of writing a book, she said it’s the same as when you finish reading a book. Either way, you must come to the end. “It’s a good ache, though,” she added.