Why Sarah Elaine Smith Writes the Way She Does

The author of Marilou Is Everywhere tells the full story

For her debut novel Marilou Is Everywhere, Sarah Elaine Smith has crafted a compelling missing girl mystery and delicately nudged it to the corner of the frame to focus instead on a girl left behind, a girl who will eventually disappear from her own life. Cindy Stoat is at the in-between age: 14, barely socialized, still consumed with the rich imaginary life of a child but increasingly perplexed by the changes in her body and the way others look at it. Since her mother took off (again), Cindy relies entirely on her older brothers, but they’re dead broke and the power’s gone off in their rural home in Greene County, Penn. When Cindy’s neighbor, a popular and pretty senior named Jude, goes missing, Cindy begins visiting Jude’s drink-addled mother, first as a helper, then as a spectral-like replacement for her absent daughter.

One of the consistent compliments paid to Smith’s very fine novel since its release is that the language is poetic. Makes sense: Smith studied poetry at the University of Texas’ Michener Center for Writers, and her first collection of poems, I Live in a Hut, was published in 2012. After she graduated, Smith worked for a couple years at the Chronicle as a proofreader and book critic. Then it was back to school for another degree, this time specializing in fiction at the Iowa Writers’ Workshop. The switch in disciplines was in part a pragmatic decision, Smith says.

“If I remember correctly, my motive in applying for grad school for fiction was that I wanted to get a teaching job. I didn’t teach at Michener, and so I was like, ‘Well, I’m going to go get some creative writing teaching experience.’ Of course, getting a second MFA is like the longest route possibly to take to achieve that,” Smith laughs. “So I don’t think that’s what I actually was up to. It’s just what I was telling myself.

“Some of it feels kind of mysterious to me still. Around when I moved to Iowa, writing poems started to feel kind of remote. Also, I quit drinking around then, and I’ve heard other people talk about how they had a primary discipline that they really loved and were really devoted to, and then when they quit drinking, something about their relationship with it, or their contract with it, something was different and they weren’t totally sure how to negotiate it. They sort of had to find their way back to whatever access they had to it, the part of them that could play music, or write poetry, or whatever.”

What Smith did instead was apply herself – hard – to writing a novel. She began work on what would become Marilou Is Everywhere during a third-year fellowship at Iowa. “I worked on it for three days and I hated it so much that I had to stop.”

“I think it’s the uncertainty [of a first draft]: Is this going to be good? What am I doing? If you’re working on a short story and you’re sort of going out on a limb with something, if it doesn’t work, you’ve only spent a few months of your life working on it, maybe. If you’re working on a poem and you’re going out on a limb, maybe you’ve spent a day or a week or a few weeks on it. You haven’t given years of your life to a vision that might end up being completely inscrutable to other people.”

But what worried Smith even more than writing an inscrutable or unsuccessful book was the idea of never writing a book at all. She’d seen it happen to classmates, talented writers who talked themselves out of writing, and she wasn’t going to let that happen. So she doubled down and did the work. In her words, she worked at “getting okay with that feeling of uncertainty.” And she set rigid goals and stuck to them.

“The only way to trick myself into doing it every day was to post a daily word count” – a thousand words – “and literally give myself a gold star every day when I finished my word count.” In 90 days, she had a first draft.

Was it a good draft?

“Just horrible. Dreadful. Terrible. Dreck,” she recalls. “But there was a 30-page section that I didn’t remember writing at all. It’s in the book, actually, pretty much unchanged from the first draft” – an early scene that introduces Cindy and her brothers as they sneak into a neighbor’s pond to fish and bathe. 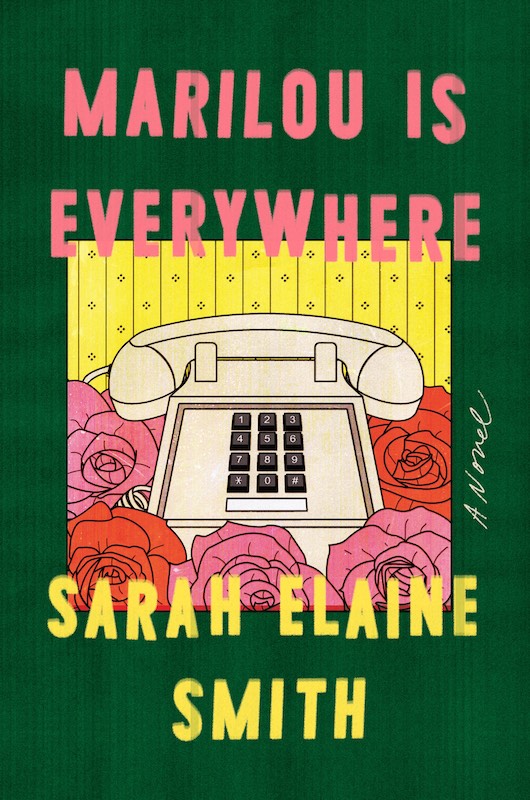 “I don’t remember writing any of it, but it was really clear to me that those characters were completely, fully formed and that they were interesting and that they were in trouble. I wanted to see more about what was happening in their world. So I threw away everything else and I started over, the same method. And I went through like 30 more drafts.”

The system Smith worked out with herself – the contract, she calls it – served her well when she started her second novel, too, so she’s developed it into something she calls Here Be Monsters, a paid correspondence course she offers through her website to get a writer through those first 90 days of a first draft, with daily emails from her offering encouragement, writing exercises, and the hard-won wisdom of someone who’s been there and knows how isolating the work can be – how much of the physical act of writing is a mental one.

“I just started to notice that I have all of these tricks I play on myself to stop thinking the kind of destructive, cruel things that I can think of myself – almost as an adaptation for life,” she says. “A lot of it doesn’t just apply to writing for me, but to every part of the project of my existence. I can be really vicious to myself. So I had to learn all of these ways to put that aside. This process has helped me grow up. No matter what happens with this book, I think I’m a really different person since I did this.”

Since the book came out, Smith, who’s now settled in Pittsburgh, has been gratified by the response, especially from fellow Southwestern Pennsylvanians who see themselves, finally, represented. “People don’t write about us a lot. Or they’ll write about, I don’t know, a steel town, or they’ll write about Appalachia in this very heavy, J.D. Vance [author of Hillbilly Elegy] kind of way. They’ll write something about us that’s trying to make a point about us.

“I remember a friend, after they read it, saying, ‘Wow, I can really tell how much you love where you’re from.’ And at first I was like, Really? I don’t know. I have a complicated relationship with it, I don’t know if I’d describe it that way. But it helped me realize that really taking care with the details about a place – really wanting something to be seen as it is – is a way to love it.”

Smith is similarly clear-eyed and unsentimental with her characters. She admits some readers have accused her of being too tough on them, but she’s tough for a reason.

“I don’t want to read this story: ‘It was a beautiful day. Everything was going great.’ The story is when things don’t work. When things don’t happen the way that someone wants them to happen. I think it’s actually a real gift. All of those hardships can be a real gift for a character if it changes them.

“I wouldn’t want to protect myself from those kind of things, not really,” Smith continues. “Because some of those completely devastating moments have really changed who I am. In that sense, I’m hard on my characters because I want them to really be like people. I want them to get a chance to change or to see themselves differently or to see how their life impacts other people, and I think those are not necessarily pain-free realizations for any of us.”

Sarah Smith will appear with Stephanie Jimenez (They Could Have Named Her Anything) in the Texas Book Festival session “If We Were Rich, It Would All Be Different: Money and Class in Fiction” on Sat., 11:45am, in Capitol Ext. Rm. E2.028. For more information, visit www.texasbookfestival.com. 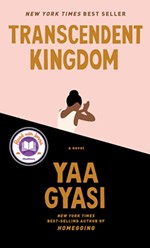