On the Eastside sits a peculiar abode, forested in trees and adorned with a remarkable collection of, among other things, Tonka Trucks, Mickey Mouse stuffed animals, and toy lawnmowers, either kept from the owner’s childhood or gifted to him by neighbors whose children have long outgrown them. 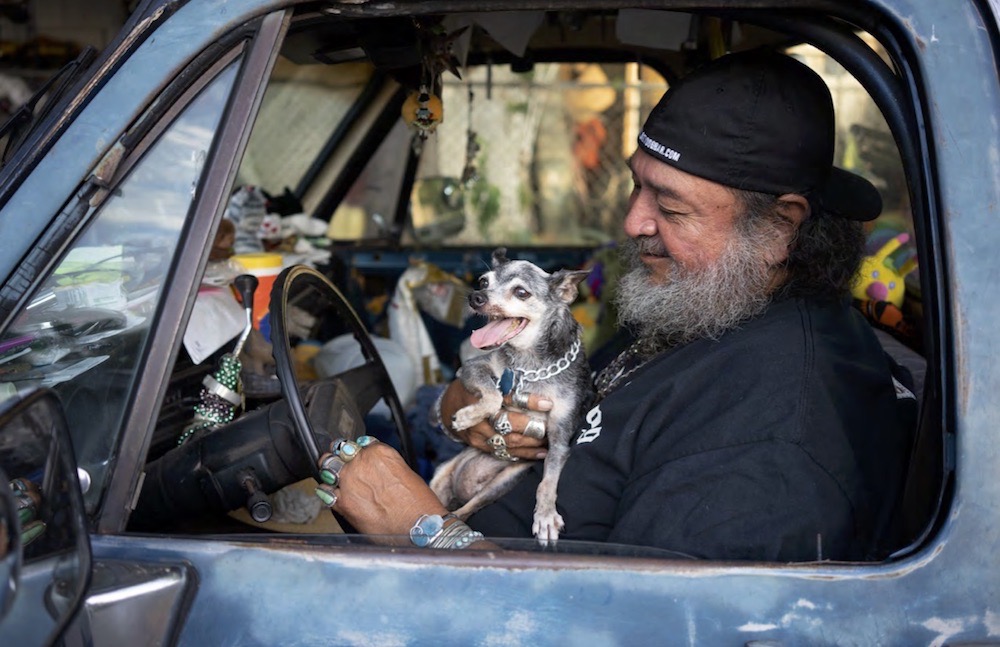 On one side of the house, a glittering view of Frost Bank peeks out beyond the remaining original houses of the neighborhood. In the forefront, new buildings have cropped up over time, filling in vacant lots and marking their territory inch by inch. The streets, which are now smooth, were not paved when the home’s owner first lived here 60 years ago.

This is the home of Bear Lopez, longtime East Austin resident and beloved employee of the Austin American-Statesman. Working seven days a week with no vacation days in 20 years, Lopez has been a steady, nocturnal presence in the city for decades, delivering papers through its ever-changing back streets in the dead of night with the help of his 20-year-old chihuahua Star. He has witnessed the countless numbers of snazzy mason jar coffee shops and vegan food trucks cropping up over the years, and with their birth, seen the diminishing of other, older Austin establishments, the tendrils of their destruction creeping into his own backyard.

However, some things never change, like the childhood toys Lopez showcases outside of his home. Lopez informs me that his collection began with his brother, pointing out the oldest trinkets they used to tinker with as children, still put to good use decades later. It’s clear that Lopez is a known and welcome face in the community, as people passing his property greet him eagerly as he stands outside.

The printing warehouse at the Statesman is where filmmakers and artists Ivete Lucas and Patrick Bresnan first met Lopez two years ago, while they used the old lunchroom to edit a film. Initially intrigued by the mountainous and meticulous assembly of Monster drink cans, hot sauce bottles, and a plaque reading “Happiness is a journey, not a destination” at the vacant desk of a faceless Statesman employee, the duo knew they had to meet the person behind such organized eccentricity. 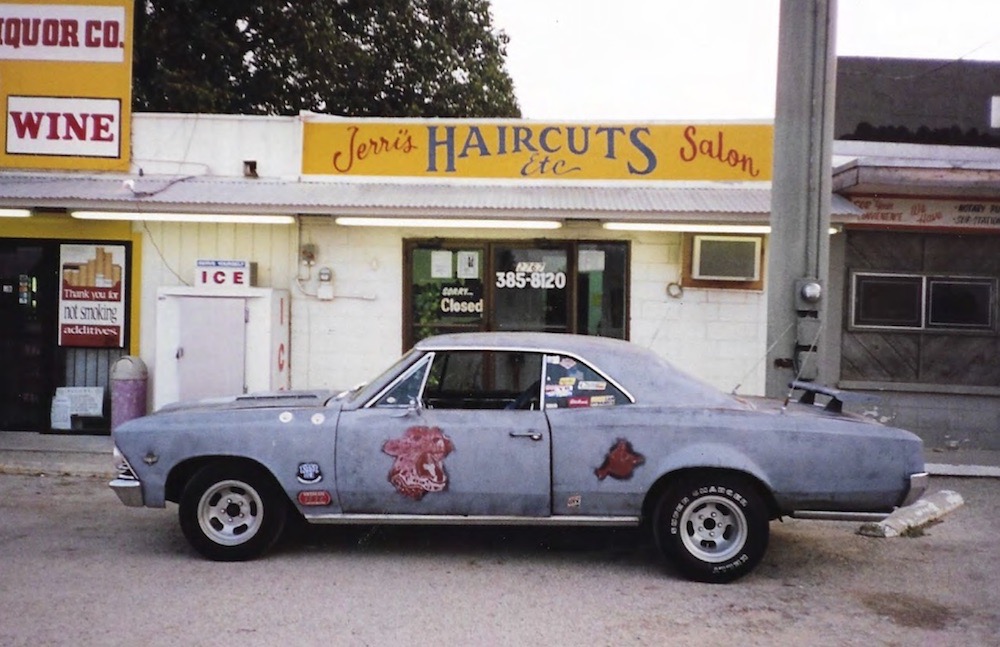 Bresnan recounts the night they met: “One night I followed him out to his truck, and it was also a shrine. The back of his truck was filled with things he was collecting on his paper route, like golf clubs, engines of cars, and bread he collected from bakeries for birds.

“We eventually got to know him, and I started photographing him, because both of his hands, from his wrists to his fingertips were filled with jewelry, so he was kind of like a moving shrine himself."

And that is how "Happiness Is a Journey" was born. Aptly named after the plaque on Lopez’s desk, the upcoming exhibition at Big Medium Gallery pays tribute to Lopez and his sincere affinity for all things East Austin. With the city growing so drastically in the last few decades and becoming a hippy haven for trendy newcomers, this artistic trio holds on tightly to the aging but endearing cultural blueprints of the Austin dynamic. The exhibit will feature a video installation by Lucas and Bresnan of Lopez’s paper route through the heart of East Austin, created using cameras attached to and around Lopez’s vehicle. You will also be able to peruse 30 years’ worth of photography from all three artists, as well as sculptures by Lopez reminiscent of those found in his front yard.

Speaking about their documentation of gentrification, Bresnan reflects, ”Bear gives the audience the opportunity to experience East Austin in a very authentic manner through his photographs and also experience what it’s like to be blue collar, hardworking, and really dedicated to your profession.”

While discussing the importance of preserving the artistic and social groundwork of the city, Lucas reveals how her international background has shaped her appreciation for the pockets of culture found throughout many cities just like Austin: “Because I’m from another country where it is not legal for the government to just increase your taxes and make you move, I think the gentrification was so startling to me because it’s such a loss of culture. Bear is still there and he still has all these things he’s collected through the years, and so he’s kind of a living monument of East Austin.”

"Happiness Is a Journey" runs Oct. 18-Nov. 24 at Big Medium Gallery, 916 Springdale. An opening reception will take place Fri., Oct. 18, 7-9pm. You can see Bear’s house for yourself during the upcoming East Austin Studio Tour Nov. 16-24.