The Black Vault Is About to Open in Austin

The Black Vault, that ancient chamber of Stygian darkness, opens this Friday night at 8pm. 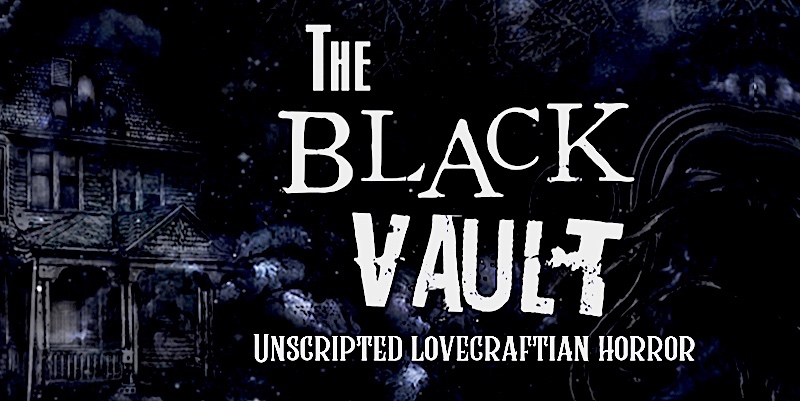 The Black Vault has opened before. The last time around, back in 2012, it was a darkling spectacle of improvised horror, helmed by one Marc Majcher, an evening of unscripted scenes inspired by the works of that long-dead master of American Gruesomeness, H.P. Lovecraft.

Hell of a racist motherfucker, too, old H.P., tell you what.

Problematic, to say the least.

And now that accursed Black Vault is opening again — at the Institution Theater, this time. And some shit is about to be addressed.

“That was a conversation we had early on, about racism,” says the magisterial Majcher, who’ll be your host for this new series, “and it was one of the main drivers for bringing The Black Vault back. The original cast was nine white dudes and three white ladies, mostly straight/cis/etc. Not that they weren't great, but — it felt like it would be lazy to bring the show back without examining the diversity angle.”

“And as we've been talking and thinking about that,” continues Majcher, “we wanted to make sure that we're actually hitting diversity of voices, not just having token POC and queer folks here and there. I can't say yet how well we've succeeded on that front, because improv, but it's a move in the right direction. And while we're not necessarily tackling Lovecraft's racism and misogyny and xenophobia directly, we are definitely attempting to show that the same style and tone of horror can be conveyed, without all the gross New England Sad Boi stuff in there.”

Oh my. Miskatonic University is gonna be, what now, politically correct? Or at least culturally inclusive? Quick, nobody tell Jordan Peterson — he’d plotz.

But, hold a moment: By what arcane machinations will this enlightened dramatic feat be accomplished?

“We’ve been going back and breaking down the stories,” says Majcher. “We’ve been digging the bones out and seeing how they're put together, examining the underlying themes — the ones that aren't 'I hate foreigners!' and 'Ladies are scary!' — and bringing aspects of our performers' own personal experiences in to power the whole terrible machine.”

Well, damn. Sounds like a terrible machine we wouldn’t mind watching a few creepy episodes of. On Friday and Saturday nights, say, through October of this rapidly dwindling year.