"Anti-musical” headlines an evening of high camp and high hair 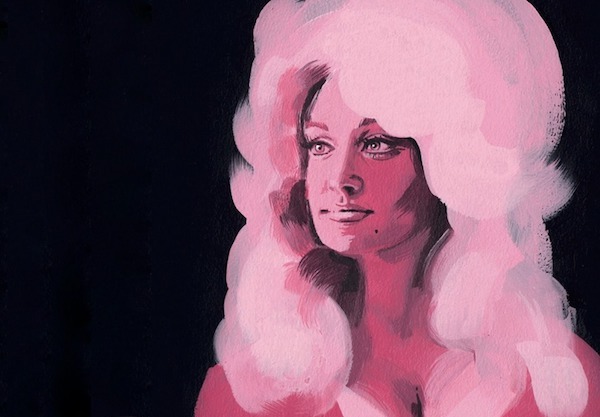 The Museum of Human Achievement is getting ready to host a high camp celebration of the human embodiment of down-home glamour: country music legend Dolly Parton.

Dolly Fest didn’t start off as the multidisciplinary performance artist showcase in celebration of the queen of country that it promises to be. Local artist Sarah Loucks, who goes by the producer alias MouthRadio, got the ball rolling by writing Songs for Drunk Cowboys Who May Also Be Women: An Anti Musical (For Fools, Only), which she started as an exploration the heartbreak she and her friends were experiencing at the time. Called an anti musical because no one actually sings in it, the play follows a failing but hopeful country singer dressing as a man as she tours the country with her chihuahua named Dolly Parton, who later becomes a human version of Dolly. Throughout, Loucks pays homage to Parton’s career and legacy.

Loucks centered the festival around Parton because of the singer's joyful personality and strong sense of self. “Throughout her career, she always seems to do what she wants to do and doesn’t really care what other people think,” Loucks says. “What I really admire about her is her radical allegiance to herself, which I think is pretty fantastic. Especially for women in country music at the time, that was super rare.”

Loucks says while she was creating the play, she had the desire to expand beyond a staged reading and drew inspiration from Austin's annual Fusebox Festival to create Dolly Fest. Loucks and her team brought on local drag queens Sabel Scities and Roxy Brooks, dressed as Parton and Jolene (a character from Dolly Parton's beloved song “Jolene”), to emcee a variety show featuring 13 local artists set to Dolly Parton songs called Kill Jolene: A Karaoke Play. The artists in the variety show were given a Parton song to cover in their own unique style.

A staged reading of Songs for Drunk Cowboys Who May Also Be Women will be the centerpiece of Dolly Fest. P1nkstar and Y2k are also set to perform. They will baptize audience members into the Church of Dolly and judge a Dolly Parton costume contest, which is less a look-alike competition than a chance to celebrate the Parton aesthetic. The “festival” wraps up with a dance party, led by local DJ Boi Orbison.

“This is our stab at keeping Austin weird and fun, especially amidst the theatre community and performing arts community going through a space crisis that’s made it hard for people to make works and take risks,” Loucks says. “We are trying to make sure everyone has a good time.”

Dolly Fest will be held Sat., Aug. 3, at the Museum of Human Achievement, with tickets sold on a sliding scale from $10 to $20.