A curated guide to unlawful activities around town July 8-14 Here are the trouble spots from July 8-14.

Riley Sager: Lock Every Door
The seemingly uneventful job of apartment-sitting in an exclusive Manhattan high-rise takes a startling and threatening turn when one of the apartment sitters abruptly disappears. In this new thriller from the author of the award-winning Final Girls, the protagonist must race against time to uncover the hidden history of this apartment building before an unknown killer strikes again.
Tue., July 9, 7pm. BookPeople, 603 N. Lamar. www.bookpeople.com.

The Night of the Hunter
Master thespian Charles Laughton moved into the director's chair for this intense thriller that was poorly received on its release but has since been heralded as a masterpiece of mood and menace, with Robert Mitchum's psychotic ex-con posing as a preacher – this is the one where he he has "LOVE" tattooed on the knuckles of one hand and "HATE" on the knuckles of the other – oozing dread in every scene.
Tue., July 9, 7pm. Paramount Theatre, 713 Congress. www.austintheatre.org. 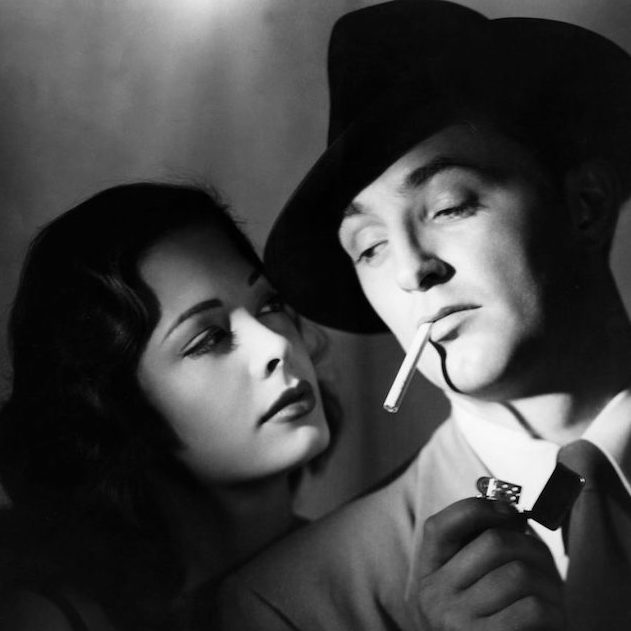 Out of the Past
"No Way Out" might be an equally good title for this quintessential film noir, because the past weighs so heavily on these characters that any attempt to start anew is doomed to failure. Robert Mitchum – never using his laconic indifference to better effect – is the ex-P.I. who's pulled back into his former life of gangsters, thugs, and femmes fatales, with the only good to come out of it being a long tug on a sweet smoke. The atmospheric direction is by master of shadows Jacques Tourneur.
Tue., July 9, 8:50pm. Paramount Theatre, 713 Congress. www.austintheatre.org.

The Big Sleep
Don't waste any brain power trying to decipher the plot – generations of film fans have fallen into their Big Sleep without being able to do so. Instead, concentrate all that gray matter on the crackling dialogue by screenwriters Leigh Brackett, Jules Furthman, and William Faulkner (!) working from Raymond Chandler's novel, Howard Hawks' noir-edged direction, Bogart's note-perfect performance as cynical shamus Philip Marlowe, and the sizzle between Bogart and Bacall.
Wed., July 10, 7pm. Paramount Theatre, 713 Congress. www.austintheatre.org.

Laura
Having a private eye fall for a woman in a murder case is about as dependable a bit in detective yarns as having the P.I. get a beatdown by by some rich toff's toughs. But the novel twist on that trope in Laura is that the woman is the victim. Dana Andrews is the gumshoe who gets swept off his feet by Gene Tierney's justifiably haunting Laura, and the actor works overtime trying to keep from the picture from being stolen from him by the delectable Vincent Price, Judith Anderson, and, especially, Clifton Webb in an Oscar-nominated turn.
Wed., July 10, 9:10pm. Paramount Theatre, 713 Congress. www.austintheatre.org. The Sting
Having won the hearts of the moviegoing public as the charming outlaws Butch Cassidy and the Sundance Kid, Paul Newman and Robert Redford reteamed as charming con artists in Thirties Chicago, pulling off the mother of all scams on cutthroat mob boss Robert Shaw. The ragtime music wasn't period, but like everything else in this multiple-Oscar winner, it worked (and made the country remember the genius of Scott Joplin). A grand caper in the old Hollywood style, with a Seventies sheen.
Thu., July 11, 7:30pm. Paramount Theatre, 713 Congress. www.austintheatre.org.

The Big Lebowski
Mayhem and murder as only the Coen Brothers can deliver it, in a cocktail (in this case, a White Russian) of absurdism, cinematic inventiveness, and to-die-for performances. Taking the lead in the last category here is Jeff Bridges, whose sun-baked Dude – accent on "baked" – is one for the movie ages. The film abides.
Fri., July 12, 7pm. Paramount Theatre, 713 Congress. www.austintheatre.org.

Bottle Rocket
The film that launched the careers of Wes Anderson and the Wilson brothers is to Reservoir Dogs what The Big Lebowski is to The Big Sleep: a film that takes the embodiment of a classic crime story and turns it on his head … and inside out … and into a fun-house mirror version. Here, the tale of three sad-sack wannabe crooks could be a manual in how not to build a career in crime, but it's told with the wonderfully off-kilter style that's come to characterize an Anderson film.
Fri., July 12, 8:45pm. Paramount Theatre, 713 Congress. www.austintheatre.org. 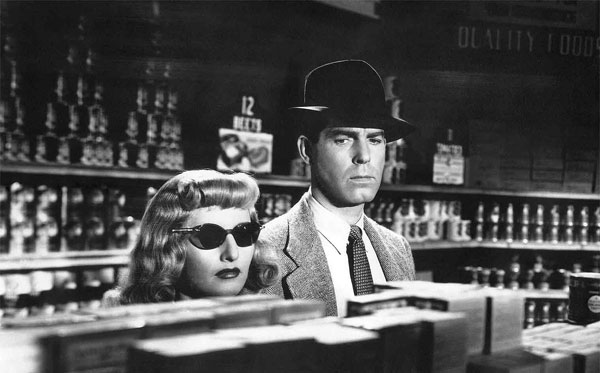 Noir Canon: Double Indemnity
Billy Wilder cranks up the heat in his adaptation of James M. Cain's steamy story of an insurance agent who makes a bad bargain with a seductress in a bad marriage. Playing against type, Fred McMurray sweats cynicism, but the screen smolders whenever he's in the frame with Barbara Stanwyck, who makes you believe she can get anything she wants out of anyone – especially a man. Hanging in the shadows at the insurance office is Edgar G. Robinson as MacMurray's boss, who smells a scam. The final film in Austin Film Society’s summer series of essential film noir. At Friday's screening, crime author and longtime Chronicle contributor Jesse Sublett speaks.
Fri., July 12, 7pm; Sun., July 14, 4pm. AFS Cinema, 6406 N. I-35 #3100. www.austinfilm.org.

Hard Truth: Writing the Facts of Real Crimes and Investigations
Ron Franscell, journalist and author of the Edgar-nominated Morgue: A Life in Death and the true-crime memoir The Darkest Night, meets with the Sisters in Crime Heart of Texas Chapter to discuss how he writes about real crimes and investigations. Sun., July 14, 2pm, at the Laura Bush Community Library, 9411 FM 2244. For more information, visit www.sinc-heartoftexas.com.