On the second floor of the state history galleries, guarded by the zinc and iron sword of the Capitol building’s original Goddess of Liberty statue, the latest exhibit at the Bullock Texas State History Museum marks the centennial anniversary of women’s suffrage in Texas. 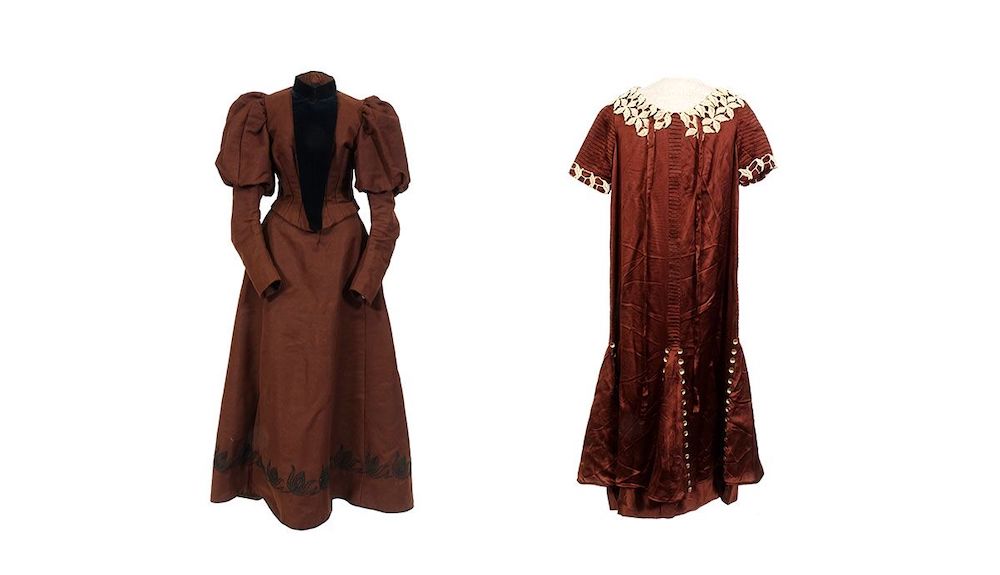 The dress on the left (from the 1800s) and the dress on the right (1920s) will be on display to show how changes in women's clothing reflected the shift in societal roles. (Provided by the Bullock Texas State History Museum)

“Texas, I guess surprisingly to some people, was a very early adopter of the amendment that would become the 19th Amendment,” says Kate Betz, deputy director of the Bullock. “That speaks to the work of thousands of suffragists in Texas, over decades and decades of work.”

On June 28, 1919, Texas became the ninth state in the union and the first Southern state to ratify the 19th Amendment, which would eventually give the women the right to vote nationally in 1920. The state’s political climate at the time provided state suffragists with the opportunity to convince a conservative state to quickly approve a progressive amendment, says historian Jessica Brannon-Wranosky, a professor at Texas A&M University-Commerce. Suffragists struck a deal with Texas politicians to help keep impeached Governor James Ferguson, a staunch opponent of women’s suffrage, out of office if the state legislature agreed to let women vote in the primaries. 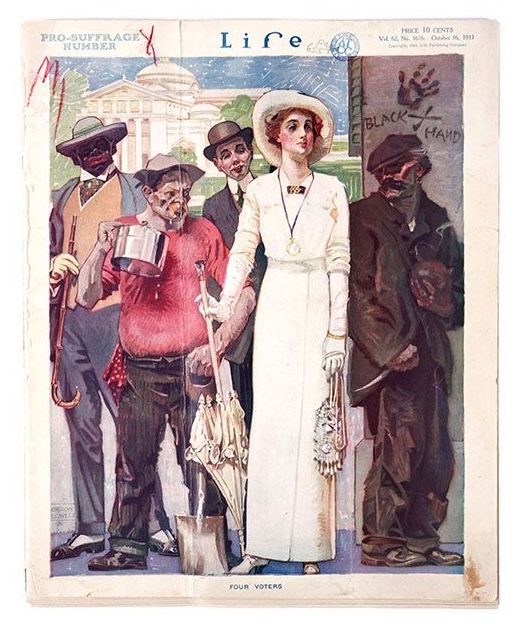 The new exhibit, “Sister Suffragist,” details the story of suffragists throughout the state and their campaigns to obtain the vote. It covers the movement before 1900, the decades leading up to the 19th Amendment, and the evolution of the women’s rights movement after obtaining the right to vote.

Among the artifacts in the exhibit (which rotate out regularly) are letters, speeches, campaign posters, and a 7-foot-long parade banner. There is also a series of dresses showing the transition between the stiff heavy dresses of the 1800s to the flowy, comfortable dresses of the 1920s, one of many symbols marking the change in women’s role in society.

The exhibit is as much a celebration of women’s suffrage as it is a critical examination of the way the movement treated women who were not white or wealthy.

“There’s a lot of classist and nativist and elitist issues that you see within the suffrage movement and I think that’s something that you have not seen in coverage of suffrage,” Betz says. “We kind of like to glorify it as ‘This is amazing! Women get the right to vote!,’ So we’re trying to complicate the story and give it a little more nuance to it.”

Betz points to a series of letters that will be on display, which track a debate on allowing an African American women’s suffrage club into the national league. The exhibit’s interactive quiz, asking participants questions about racial barriers, financial independence, and property rights, serves to broaden visitors’ view of the path to gender equality for all people, even after the vote was already won.

“I think it’s really gratifying to see the connections between women over time and what women have been through to access equal rights with men,” Betz says. “We certainly saw these huge strides in progress over the course of the 20th century, but it makes me wonder what some of these suffragists in 1919 would think about today.” 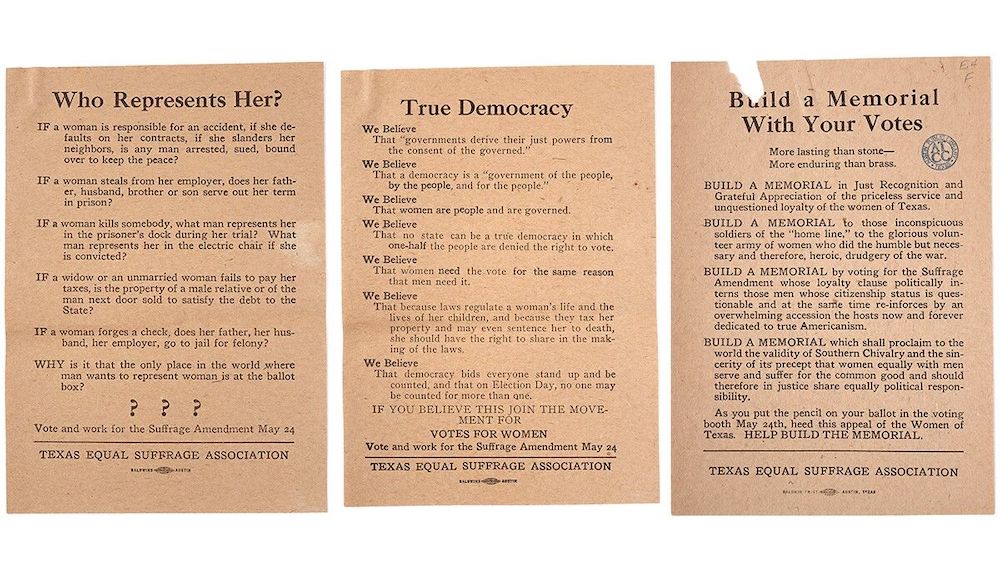 Flyers like these on display were circulated by activists leading up to the legislature's vote for women's right to vote statewide. (Provided by The Bullock Texas State History Museum)

"Sister Suffragist" will be on display from June 15, 2019 to Aug. 31, 2020. The museum will host a symposium on June 28 to commemorate the centennial anniversary of women's suffrage in Texas. Visit the Bullock Museum's website for more information.