Terrence McNally on Art and Commerce

The Tony-winning playwright talks about the business of show

Having been a produced playwright for more than a half-century, Terrence McNally has had ample experience with theatre from both the artistic side and the business side, and to have seen how both have changed over the past six decades. 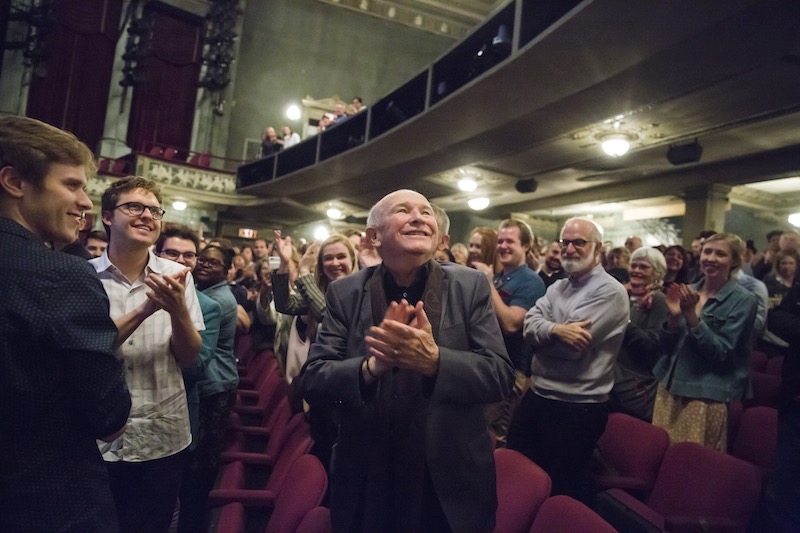 The world premiere of his play Immortal Longings at Austin's Zach Theatre on June 20 provided an opportunity to discuss these changes and his career face to face. Part of the conversation is covered in a companion feature, "Terrence McNally Knows About Lasting Impact." This part speaks more directly to the intersections of art and commerce. It begins with the playwright recalling what it was like to be a college student soaking up the arts in New York City in the late Fifties.

Terrence McNally: I was going to a lot of theatre while I was at Columbia, practically every night. I was either on Broadway; Off Broadway; at the Metropolitan Opera; Philharmonic Hall; City Ballet, where Balanchine ballets had their world premieres. And tickets were like $1.50. The arts were so accessible and cheap. The price of everything quintupled when [New York] City Opera suddenly decided that Beverly Sills – [who] had been singing happily for 10 years – was a star. I’m happy for her, she was always a great singer, but the ticket prices went up to like $50. And they moved City Center attractions to the New York State Theater [at Lincoln Center]. So that was a big change in the arts.

“Arts center” is such a contradiction. Makes it all so neat and tidy and sanitized. You know, Shakespeare’s theatre was across the river in the other part of town, the unsavory part of town. Arts have become big business in America. The Greek tragedies – no one ever paid a penny to see Oedipus Rex. And now we’re paying $2,000 for Hamilton. When you talk about the arts, it shouldn’t have a price tag. The arts in this country, highest-grossing has come to mean the best or better. “My play’s better than your play, because we ran three years and you ran two.” That’s nonsense. That’s how people are made to feel. If you look at the longest-running shows on Broadway, all the shows I ran raised on as the great classics, they all ran well under 5,00 performances. And now Phantom of the Opera is like 15,000. It’s crazy.

London is much less changed than New York. Six months run, that’s great. London very much is into this 12-week model, and they find a way to pay everybody. They don’t make a lot of money, but nobody’s in the red either, when it’s over. And I think that’s great, healthy. But filmmakers often claim that they can’t make a real movie about people anymore, everybody wants to make a franchise movie, and people have said in print, “I’m not interested in making a movie that’s gonna gross under $500,000,000.” Well, then you’re making Star Wars, and the smaller movies, it’s so hard for them. And the same thing is happening in the theatre. Everybody wants the play that is just endlessly repeated. It’s like Henry Ford turning out Model Ts on the assembly line. Lloyd Webber has never seen any production of Phantom of the Opera but Hal Prince’s. I would be bored out of my mind if I saw the same production done over and over. So theatre has become big business. Art is one thing, big business is another, and somehow they’ve gotten merged.

Austin Chronicle: How have you balanced art and commerce in your career? 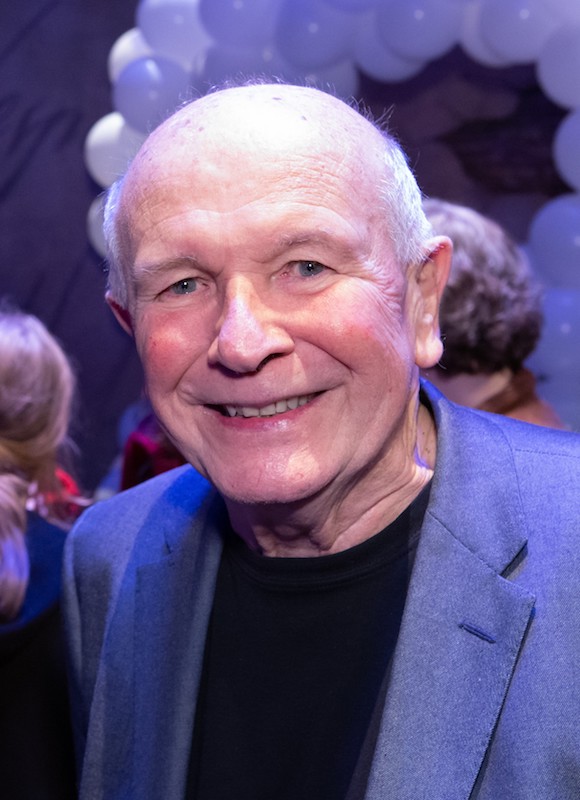 TM: I haven’t particularly. I write plays that interest me, and some people get more interested than others. I’ve never thought, “Oh, this will be commercial.” [There was] one project I did that I did think was commercial – “How can we go wrong with so many talented people involved?” and it went very wrong. But everything else – when I wrote Frankie and Johnny, I said, this will only interest people who are 50 and think they’ve had their last cookie, no more chance of a relationship. For Kathy Bates – I saw her the other night at my 80th birthday, and she said, “Thank you. You’re the first person who made people like me romantic.” She’d said, ”They’re never gonna have a play for someone who looks like me who’s an object of affection, romance, desire.” And I wasn’t aware of that. I thought it was about me, my own loneliness and needs. Master Class, I didn’t know if that would even ever get produced. But you must understand, a lot of my work began life in the not-for-profit world – at Manhattan Theatre Club primarily – so there was not the pressure [that there is] if you’re mounting a Broadway production for millions of dollars. It’s not cheap for them to do a play at Manhattan Theatre Club, but they’re doing one of six plays a season, and you’re going to run your six weeks or eight weeks regardless of the reviews, so it’s very different. A lot of those plays then moved to commercial runs. But when I was writing them …

I haven’t really had to worry about being commercial in the sense … Listen, if everyone knew how to write a hit, every play would be a hit. When you’re writing to please other people, that’s when you get into trouble. Write to please yourself, and I think I have got a pretty good barometer of who I’m writing for, who I would like to enjoy my work.

You know, I’ve been pretty lucky in how I’ve been rewarded for my efforts – better than a lot of people I can think of. But I’ve worked for it. I mean, it wasn’t just given to me on a platter. But sometimes when I go to drama schools, they ask me to talk to students, and a couple of times I’ve actually been asked how much money I made last year, which shocked the hell out of me. If I’d met Tennessee Williams when I was at Columbia, the last question I would have asked him was how much money he made. I mean, it’s obvious his plays were successful, his plays were running, but it’s hard to earn a living as a writer. 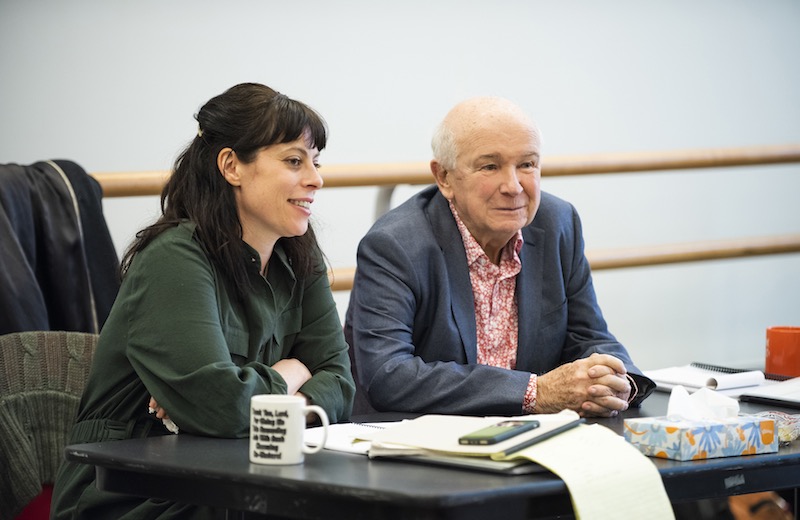 AC: When you do get to speak to young theatre artists, is there a question that you’re asked that you particularly enjoy answering, a favorite thing you get to pass along?

TM: There’s always questions I wish they had asked.

AC: Maybe that’s the better question. What do you wish people would ask you more often?

TM: They should be more interested in becoming themselves as artists than becoming like someone maybe a few years older whose career they are marveling at. Right now, there are some young playwrights in New York, a lot of them female, and a lot of younger people are trying to write plays like them. You know, Oscar Wilde had the best quote: “Be yourself. Everybody else is taken.” A very profound quote. So many young people say, “Oh, I’m going to paint like that, compose like that, dance like that, write a play like that.” You know, one year I was teaching at Yale, and I said, “The world doesn’t need another Sam Shepard. We’ve got one.”

I was very lucky, I found my own voice early. My first play, Things That Go Bump in the Night, has whole passages in it that sound like someone called Terrence McNally. Too much of it sounds like someone called Edward Albee. But by my second play, I can honestly say that’s authentically my voice. And that’s very hard for a lot of people to find. I don’t know what it is. I think [they may lose it] in a desire to please, to be successful. No smart person ever went into the theatre get rich. Writing for TV you can make a lot of money – a job as a writer on a big hit show, those people get paid a lot of money. But then you belong in L.A. But anyone who said, “I want to be a playwright and be rich like Neil Simon,” that would be an idiot. A stupid person. I think Neil Simon is probably more surprised at his success than anyone.

When we made the movie of Frankie and Johnny, Garry Marshall, who directed it, had three of the top 10-rated shows on TV, on at the same year, and he said, “You had my career.” And I said, “What do you mean?” He said, “All I wanted was to be a playwright in New York. Then we started having kids, and suddenly I had three kids. I said, “I have to go to Hollywood and get a job.” And at the end of his life, he wrote three or four plays. He built a theatre in the Toluca Lake area. They renamed it the Garry Marshall [Theatre]. It was called the Falcon, I think. They opened it with Master Class. I was very flattered. But he said, “I really wanted your career, to be on Broadway.” And then he brought a play to New York, called – the worst title – Wrong Turn at Lungfish Cove. That’s really a bad … It had George C. Scott in it – I think the greatest American actor of my lifetime. It wasn’t very good, but Garry fulfilled [his dream], he got to do it. Better late than never. I believe that. 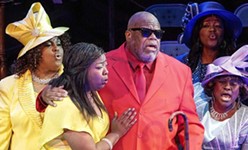