The debut writer dreams of queer romance and a bluer Texas

Under the best of circumstances, international politics and heartwarming romance make strange bedfellows. In 2019, the pairing might be accused of being preposterous, even cruelly self-indulgent. But that presumes two things: that there's definitively no light at the end of our tunnel and that there’s something less-than about a happy ending. 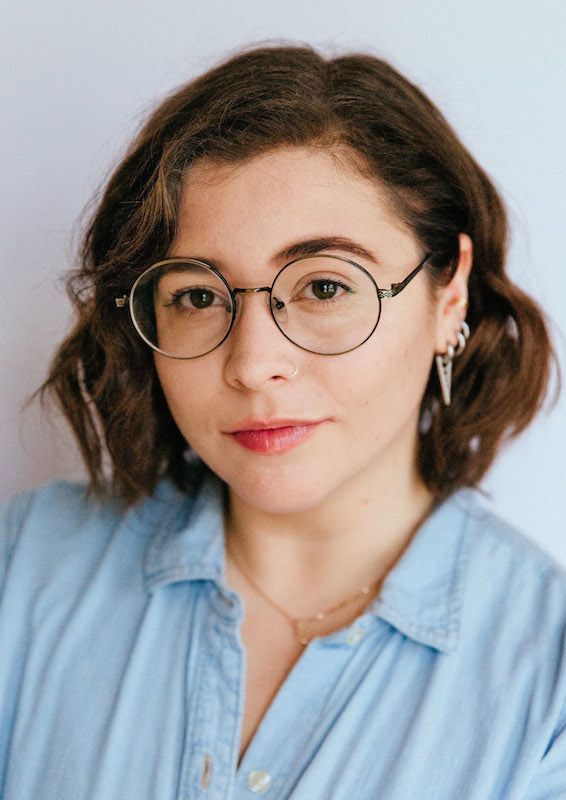 Author Casey McQuiston makes strong cases to the contrary in her debut novel, Red, White & Royal Blue. The new adult romance, which follows the rivalry-turned-relationship between Alex, the son of a Wendy Davis-esque U.S. President, and Henry, a closeted English prince, takes place in a significantly less fascistic 2020, but her vision of tomorrow is hardly neat and tidy. Voter disenfranchisement, homophobia, the colonial crimes of the British monarchy – the gang’s all here to be wrestled with earnestly. But the hugeness of the obstacles never get in the way of us seeing our heroes up close: their foibles, their secret hopes, the intricacies of what make them human. With stunning deftness, McQuiston manages to tell a queer love story that’s deeply funny (Would I trade almost anything to be in the main characters’ group chat? Yes.) and tender (Did I cry? Oh, duh, multiple times.), all while challenging her readers to build a more compassionate world and, while we’re at it, turn Texas blue.

With McQuiston doing a reading and signing of Red, White & Royal Blue at BookPeople on May 23, this seemed a perfect time to ask about the book.

Austin Chronicle: I’d love to hear your origin story with romance. Is this a genre you’ve been reading for a long time, or were there movies, rom-coms, that were big touchstones for you?

Casey McQuiston: You know, in terms of reading, I’ve always gravitated toward genre fiction. So, you know, fantasy, sci fi, things like that. But my first love was rom-com movies. Like I remember being 12 years old and being like, “Oh, awesome, Runaway Bride is on syndication on VH1, this is what I’m going to do with my afternoon.” I think one of the first movies I saw in theatres was You’ve Got Mail, like I vividly remember that.

So that was where it started for me, the spark of that – I just loved these escapist tropes, these fun love stories where there were big musical numbers and everything had a perfect cinematic cue, and I just wanted to live in that world. And when I first started trying to write, I was trying to write genre fiction, writing like young adult fantasy, and it just wasn’t working! And I realized like, hey, this wasn’t my genre, you know? My genre is this first love of love stories.

AC: It’s interesting to hear you talk about being so interested in genre fiction, because I think it’s also fair to say that Red, White & Royal Blue is an alternate history, even if it’s very recent history. It was so fun watching you built out this alternate royal family [these are the Mountchristens, not the Mountbattens], the little tweaks to American political history. I’m curious about that process: How do you craft a world that is so distinct but so keenly parallel to ours?

CM: Well, I referenced a lot of similar works that have that sort of corner turn from reality – you know, you look at Veep, it’s very much set in the same political climate, has similar power players, and it’s rooted in reality, but you’re taking a step to the side and looking at these fictional characters in these same roles. So that was one of my points of reference. The Royal We by Heather Cocks and Jessica Morgan was another one where it was like, a similar royal family but, you know, just a little corner turn to the left. You have this framework of reality and then it’s really fun to go nuts and make it whatever you want it to be! So that’s why – the royal family [in Red, White & Royal Blue], they do a lot of things our royal family would never do. Our royal family probably wouldn’t let a civilian come to Wimbledon or like have their own Instagram account! But this is a different queen, a different set of parents. And that’s the fun of it. You get a little freer rein because you tweaked the reality into [laughs] conveniently something that works better for my plot!

AC: It feels like there are two love stories in this book; one is obviously Henry and Alex’s, but then there’s this other one between progressive Southerners and this dream of a better, bluer future for our states. What was the balancing act like, writing about a very fierce hope and belief in this future and making your characters rich human beings? CM: Yeah, for me, it all comes from a very personal place. Because I’m not from Texas, but I’m from Southern Louisiana, like Baton Rouge, and I have such a chip on my shoulder about how people tend to write off Southern states! Like, how do you guys expect things to change if you’re not investing – not seeing the potential in these places? And Texas is sort of my – I call it my home-away-from-home state. I spent a lot of my summers there as a kid, a lot of time there in college, and I wanted to write a love letter to the people that get forgotten because they’re gerrymandered out of having a voice, you know? Or they’re disenfranchised or their votes are suppressed. And I think because I care [laughs] so much, I think it comes across on the page. But yeah, it was definitely hard to strike that balance between the political side and the actual romance side. Because, like, you don’t want to get lost in the weeds of an election when you’re like, “I came to watch people fall in love and you’re making me read about gerrymandering!” [Laughs] So it was a lot of going in and then pulling back and, “Let me cut out like 300 words of ranting about voting districts.”

AC: There’s so much beautiful thematic dovetailing – worrying about being "too much," creating and manipulating a public person, and figuring out what you owe to the world. You could apply those tropes to straight characters, there’s no reason why you couldn’t, but it seemed so insanely resonant with queer characters. Were those elements that you found as you discovered the characters themselves? Did you have a sense of, “Oh, I really want to dig into this idea” from the outset?

CM: It’s interesting ‘cause it ended up being very prescient of my journey as an author with this book. Because I was – I mean, full disclosure – I’m a queer person and I hadn’t come out to my family, like I was completely, openly queer in every area of my life except with my family and in my hometown of – family friends and things like that – until I sold this book. And then it was like, “Whoa! I feel that I have a responsibility to stand next to this work, like this is where it came from for me and this is my truth.” And it was also terrifying! Because this is my truth! And so it comes from a very real place of looking at myself and what I owe to the world, to try and tell this story.

But then also the origins of it – one of the first characters that I came up with was Henry. Because I feel like there’s so many subversions of the Prince Charming trope – like, he doesn’t want the pressure and the fame and the title because XYZ – and I felt like I had seen so many versions of that story except for the one that was the most obvious one to me as a queer person, which was he’s not straight! He’s not going to make 500 baby princes! And that was a jumping-off point for me to explore identity and duty and responsibility to the country and responsibility to your own community of queer people at the same time.

Yeah, it was definitely something I was very conscious of from jump. I wanted to look at the scale of these people’s lives and incorporate their identities into it because you can’t separate those two things. Like, any queer person who exists in a very visible way knows that your visibility is something you’re going to think about everyday. And that’s something that I wanted to show [Henry and Alex] grappling with because it was such an important part of their experience and the bigger scope of what their relationship meant.

AC: It feels like we’re kind of crossing a queer celebrity rubicon in some ways, like there’s now speculation about people’s sexual identities that comes from such a positive, hopeful place but it’s still, there’s still this weird –

CM: No, I get what you mean! I know exactly what you’re saying. Like we, as queer people, we look at the people that we look up to and the people that shape our culture and we want to see ourselves reflected in that. And, you know, at the same time, we have to give these people the same privacy and respect that we would expect for ourselves.

AC: I’m someone who came out much later than I would have expected myself to as someone in a liberal city with supportive parents and the way Alex comes out in the book I just found so achingly real. And then the way you use these excerpts of love letters from queer history [in the emails Henry and Alex send each other] – I have found since coming out that I try and understand myself by understanding queer history and it was just so smart to have that idea of legacy and self-understanding alongside the literal dynasty of the British monarchy.

CM: That’s something I really took time to include, like I didn’t want any part of the story to feel thin or not rooted in what, like, to me – there’s so many different ways to tell queer stories, but to me, what I wanted to do with this was tell it in a complete way, where it’s like, “Here’s the full context of what this means and everything that came before it.” There’s just so many layers to what is happening to [Alex and Henry]. Yeah. It was the same for me! And it’s the same way for Alex! It’s just like, “Why did [coming out] take so long? [Laughs] But now that I’m here, I’ve got some catching up to do.”

Casey McQuiston is speaking and signing her new novel, Red, White & Royal Blue, on Thursday, May 23, 7pm, at BookPeople, 603 N. Lamar. A copy of the book must be purchased from BookPeople to be signed. For more information, call 512-472-5050 or visit www.bookpeople.com.