Members of the Austin Critics Table have considered the hundreds of stage productions, concerts, and art exhibitions mounted locally between May 1, 2018, and April 30, 2019, and settled on what was outstanding in dance, classical music, visual art, and theatre in that span and announced the nominees for the 2019 Critics Table Awards. 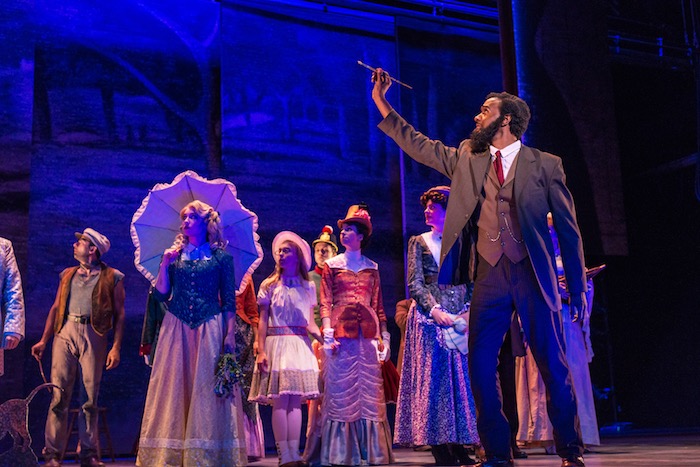 Earning the most nominations this year from the informal association of area arts writers and editors was Zach Theatre's take on Stephen Sondheim's Sunday in the Park with George, which received 10. Ballet Austin's world premiere of Grimm Tales was close behind with nine. Salvage Vanguard Theater's production of Antigonick earned six nods. In a slight change this year, the tradition of Special Citations, given for outstanding work that didn't fit into a regular category, was dispensed with, but a new category was added to recognize projects of particular significance. Each of the five nominees in this category is a winner.

The critics will present the awards in their usual fashion – with drinks in hand – in an informal ceremony on Monday, June 3, 7pm, at Cap City Comedy Club, 8120 Research #100. The event will also include the induction of four local artists into the Austin Arts Hall of Fame: Toni Bravo (dance), Billy Harden (theatre), Girard Kinney (architecture), and Margo Sawyer (visual art). Also previously announced were the winners of Special Recognition Honors – Conspirare's Considering Matthew Shepard live-streamed from the National Cathedral; Leonard Bernstein's Mass, produced by Merick Strategies; Vincent Valdez's “The City” at the Blanton Museum of Art; the Ransom Center exhibition “Vaudeville!”; and the Palace Theater in Georgetown – along with the winner of this year's John Bustin Award for Conspicuous Versatility, Delanté G. Keys, and the winners of this year's Deacon Crain Awards for Outstanding Student Work, Mariela Denson and Matthew Kennedy.

Production
Antigonick, Salvage Vanguard Theater
The Merchant of Venice, UT Department of Theatre & Dance
Notes From the Field, Zach Theatre
The Rover, Hidden Room Theatre
Sunday in the Park with George, Zach Theatre
(Un)Documents, Vortex Repertory Company/Avante Theatre Project
We Are Proud to Present a Presentation About the Herero of Namibia, Formerly Known as Southwest Africa, from the German Sudwestafrika, Between the Years 1884-1915, Street Corner Arts

Direction
Tom Delbello, Cabaret
Liz Fisher, We Are Proud to Present a Presentation About the Herero of Namibia, Formerly Known as Southwest Africa, from the German Sudwestafrika, Between the Years 1884-1915
Patti Neff-Tiven, There and Back
Rudy Ramirez, (Un)Documents/Heartland/Last: An Extinction Comedy
Diana Lynn Small, Antigonick
Dave Steakley, Sunday in the Park with George/Notes From the Field
Adam L. Sussman, The Merchant of Venice

Performance by an Ensemble
Antigonick, Salvage Vanguard Theater
Heisenberg, Zach Theatre
The Magic Fire, Different Stages
Once, Zach Theatre
We Are Proud to Present a Presentation About the Herero of Namibia, Formerly Known as Southwest Africa, from the German Sudwestafrika, Between the Years 1884-1915, Street Corner Arts

Musical Direction
John Henderson and Adam Roberts, The Music Man
Lyn Koenning, All Shook Up
Adam Roberts, Fun Home
Allen Robertson, Sunday in the Park with George/Rob1n/Once/Tortoise and Hare/Hedwig and the Angry Inch
Stephanie Wells, The Hunchback of Notre Dame

Set
Stephanie Busing, Notes From the Field
Ia Ensterä, There and Back/Middletown/Fun Home/Crime and Punishment
Lisa Laratta, The Audience/Antigonick
Cliff Simon, Sunday in the Park with George
Leilah Stewart and Vicki Yoder, Wit 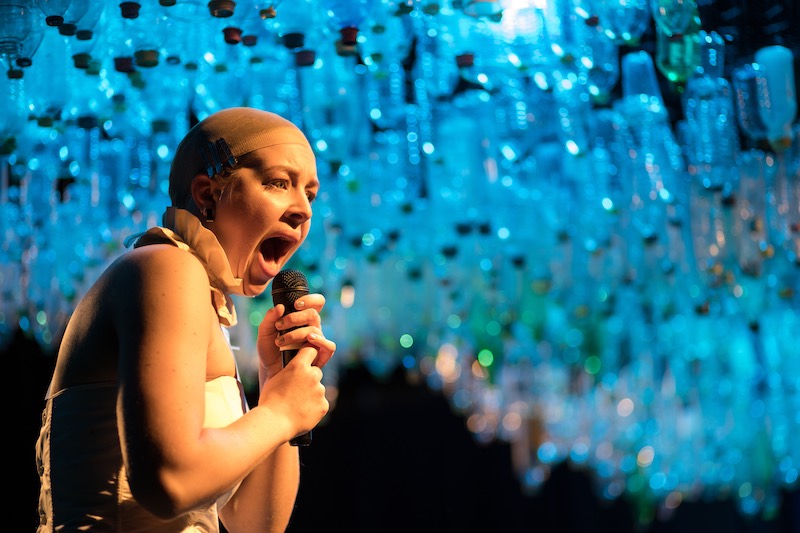 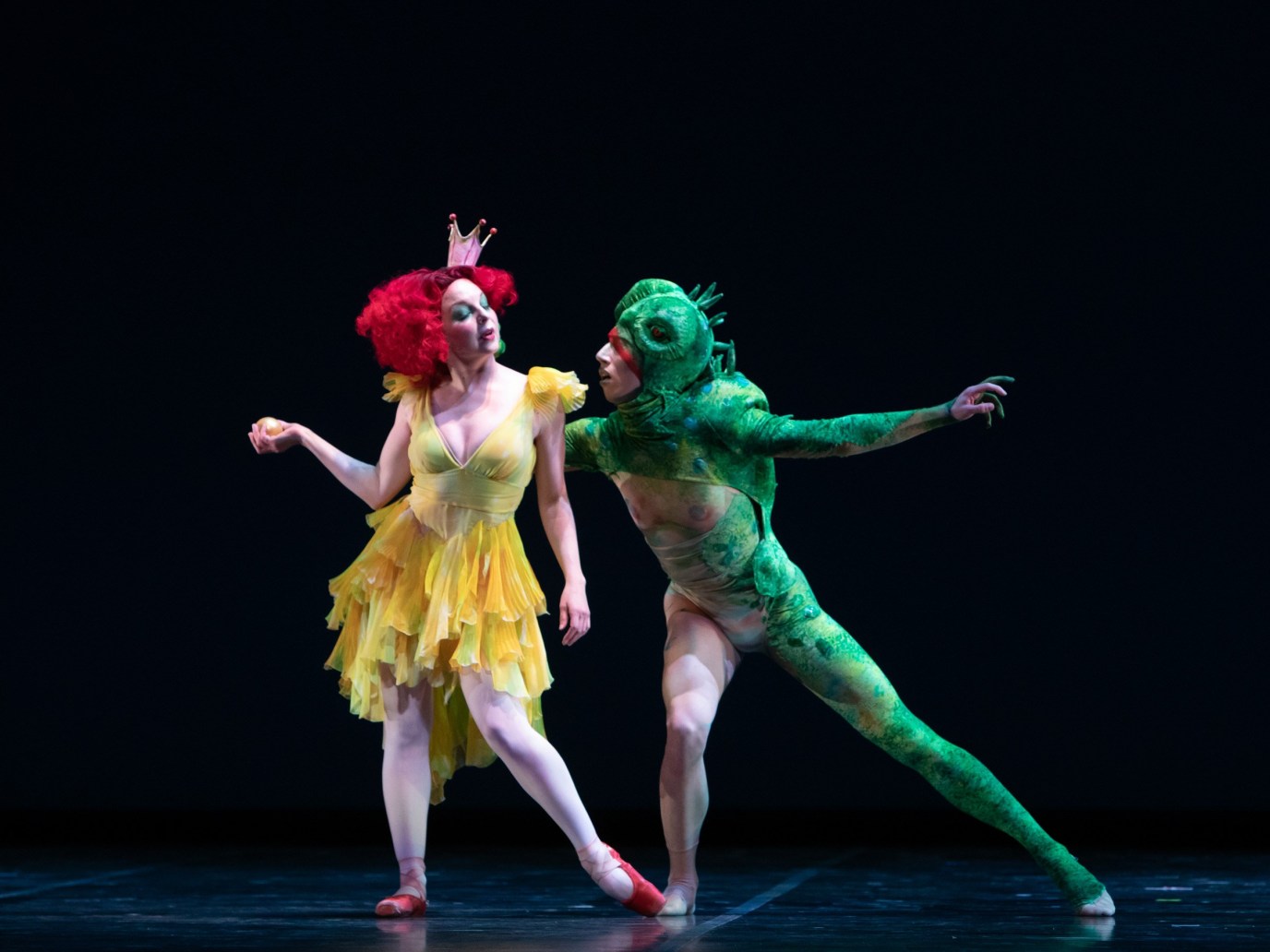 Museum Exhibition
Abraham Cruzvillegas: “Hi, How Are You, Gonzo?”, The Contemporary Austin
“Ed Ruscha: Archaeology and Romance,” Ransom Center
“Huma Bhabha: Other Forms of Life,” The Contemporary Austin
“James Surls: With Out, With In,” Umlauf Sculpture Garden and Museum
“Taja Lindley: Re-Membering Is the Responsibility of the Living,” Carver Museum 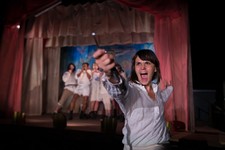